NY Daily News- Derrick Rose was never big on playing free agent pitchman for the Chicago Bulls, whether the target was LeBron James all the way back in 2010 or Carmelo Anthony two summers ago. But Phil Jackson believes that by acquiring the former MVP point guard for one starter, a rookie and a veteran with an expiring contract the Knicks enhanced their bid to land the biggest free agent on the market, Kevin Durant.

According to a source, Jackson told Rose of his plan to pursue Durant starting on July 1st. That in of itself may be the worst-kept secret in the NBA, along with the notion that Golden State, San Antonio, Miami and both Los Angeles clubs are also planning to recruit Durant. The difference now, however, is that the Knicks are not only selling Durant on Madison Square Garden and Madison Avenue, but also a roster that features a triangle we can all understand; Carmelo Anthony, Kristaps Porzingis and Rose, who turns 28 in October.

It’s less than a week into the offseason and we almost already have a Knicks Summer Bingo.

Acquire injury-prone star? ?
Trade away young player that fanbase was excited about? ?
Don’t give a care about the draft because the Knicks traded their pick in a terrible deal for a terrible player years ago? ?

And now we get the hammer.

Talk yourself into Knicks signing a superstar in his prime because of a sketchy rumor from a #source and the Photoshop of the player in a Knicks jersey looks awesome? ? 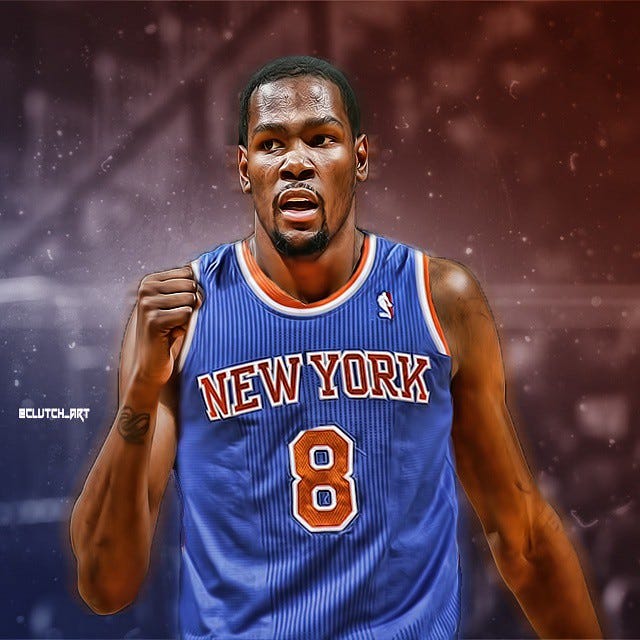 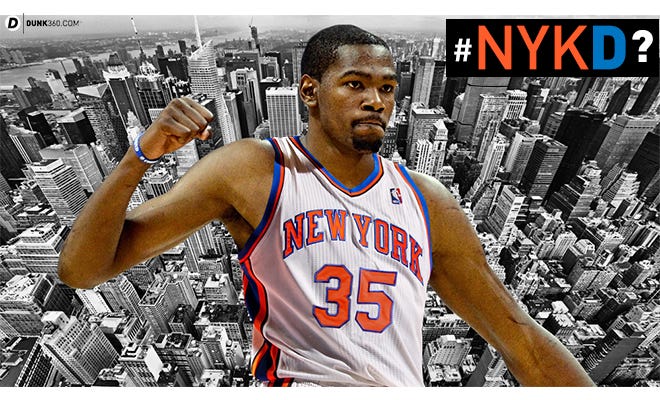 The hashtag #NYKD helps get the blood moving as well. My dumb Knicks fan brain imagines this trending on Twitter despite the fact I blogged just this week how we shouldn’t get excited about any big names signing with the Knicks. But here we are yet again. Back to the same spot we are every late June. It’s like watching The Red Wedding and expecting a different result every time. If only there was a Vine to remind me that nothing good will ever happen to Knicks fans.