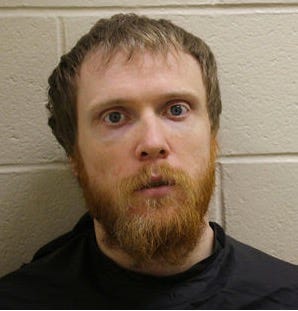 Allen, 31, of 15 Webb Drive in Cartersville, is accused of beating Stephen Rudolph Nalley to death on Aug. 26, 2015, while they were both inmates at the Floyd County Jail.

He was requesting a new public defender, instead of James Wyatt, during the hearing. The judge rejected Allen’s request, which is when the obscenities and profanities began to fly.

The two men traded insults, with Allen’s comments being mostly sexual in nature and laced with profanity.

Even though most of those in the courtroom were quietly laughing during the tirade, the mood grew somber when Allen started making threats.

“How about this?” Allen asked. “I’ll kill your family.”

He began listing which relatives he was going to kill and how, including chopping up Durham’s children.

The judge, however, pointed out he had no children and then asked Allen if he was stupid when Allen said he would kill his grandchildren, too.

This is…without a doubt…the funniest courtroom exchange in the history of the legal system. 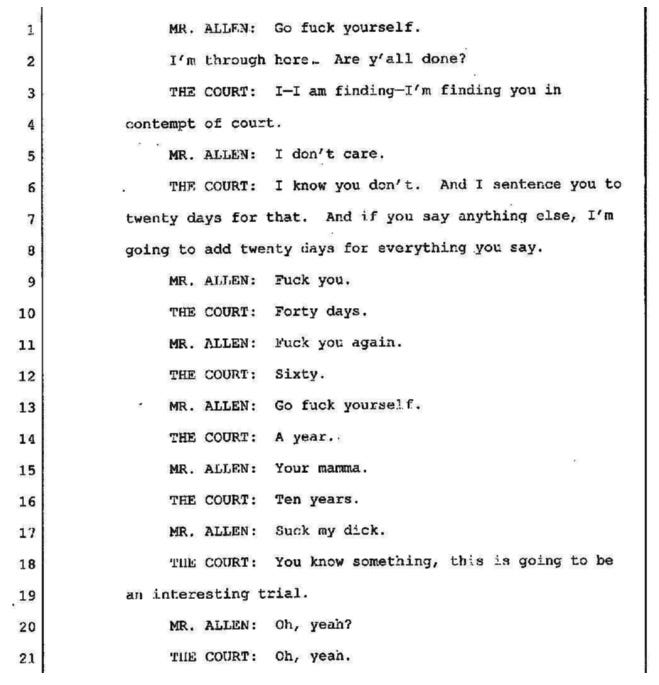 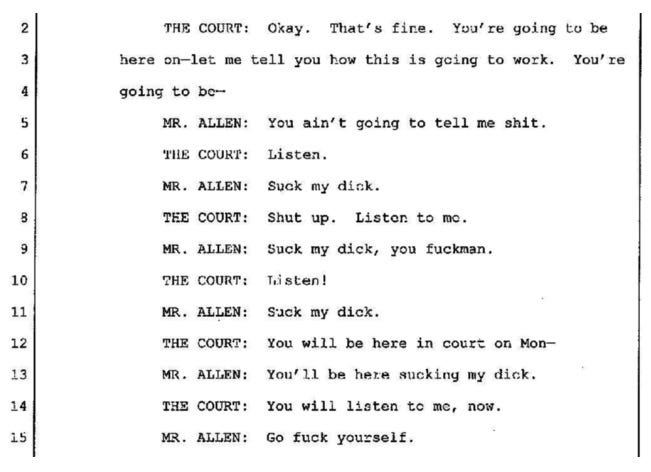 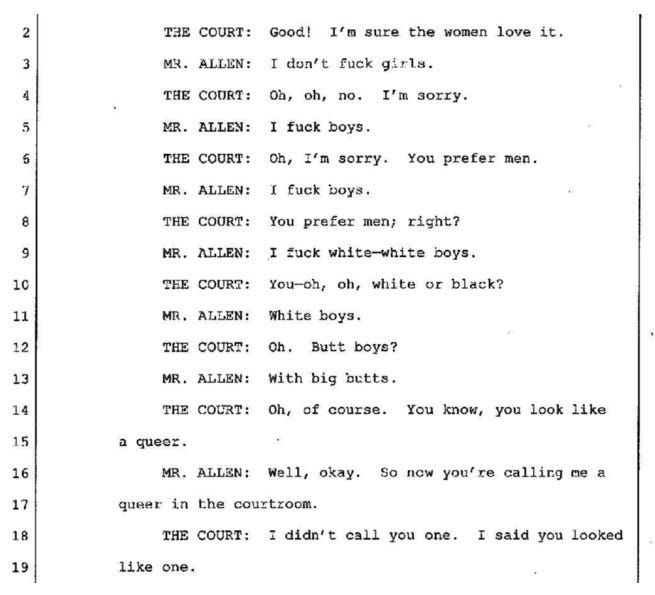 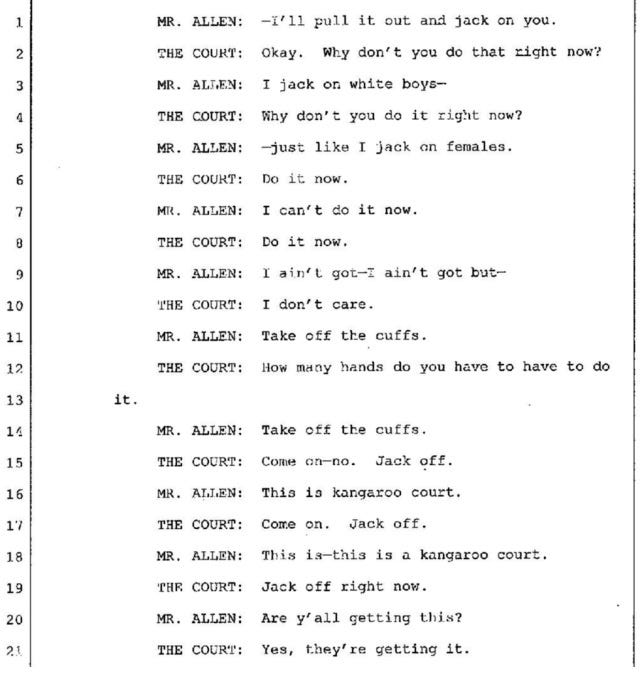 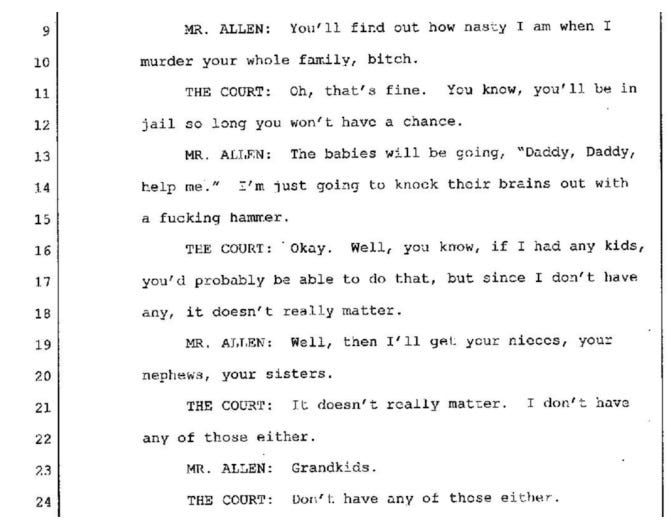 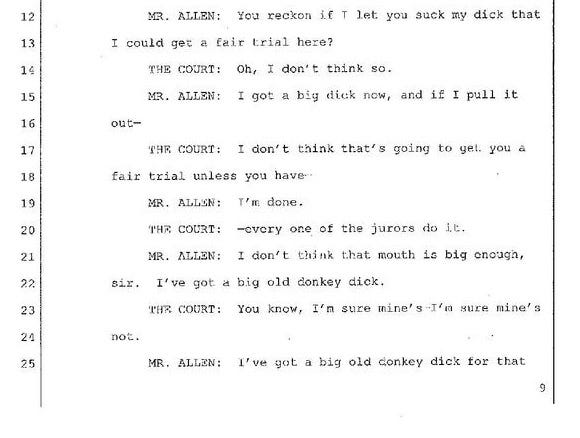 My top 5 lines and exchanges:

I fuck white boys.
You know you look like a queer.
So now you’re calling me a queer in the courtroom.
I didn’t call you one. I said you looked like one.

I’ll be honest, this doesn’t seem like the most professional move by the judge, to say a guy looks queer, but hey it’s Georgia.

If you say anything else, I’m going to add 20 days for everything you say.
Fuck you.
Forty days.
Fuck you again.
Sixty.
Go fuck yourself.
A year.
Your mamma.

Don’t care how old you get. A yo mamma joke will literally never not be funny. Feel like it’s high time for yo mamma jokes to make a comeback actually.

You reckon if I let you suck my dick I’ll get a fair trial here?
Oh, I don’t think so.
I don’t think that mouth is big enough, sir. I’ve got a big old donkey dick.

Respectfully calling a judge sir while telling him his mouth isn’t big enough to fit his big donkey dick is such a savage move.

I don’t care how esteemed you are as a judge, getting called a fuckman is a big blow. Having a suspected murderer repeatedly tell you to suck his dick while you try to get him to listen is not what you signed up for.

“You will be here in court on Mon…
“You’ll be here sucking my dick.”

Incredible. Absolutely incredible. These two need a reality show ASAP, just as soon as this guy gets out of jail for murder + all the contempt charges he racked up there for telling the fuckman judge about his donkey dick.