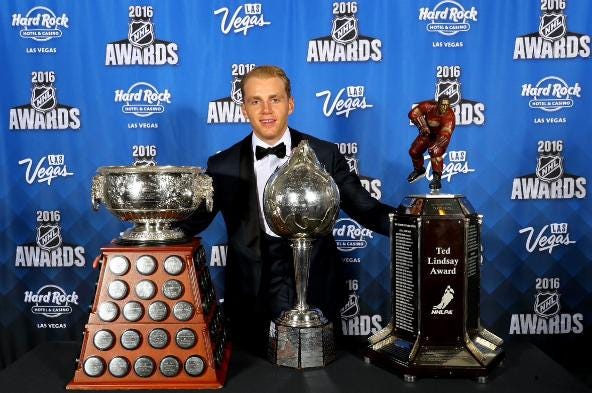 The Blackhawks have won so much that nothing in the regular season really matters. Casual fans need a reason to tune in and Patrick Kane provided it last season. He was spectacular every night. The best player in the world. The leading scorer, human highlight reel, and he carried the Blackhawks offensively for long stretches of the year. Watching Kane and Calder Trophy winner, Artemi Panarin, do their thing all season was incredible. It seems like Kane has turned a corner on and off the ice. He’s staying in Chicago this summer, there are rumors that he and Toews will be neighbors soon, and with those two leading the way the Blackhawks will always be a Cup contender.

Now, the challenge is to surround the core guys with enough talent in a hard salary cap era. When you have $21.5M tied up in two players and the Cap doesn’t go up as expected, money gets tight and tough decisions have to be made. Once again the Blackhawks are being forced to discard good, young role players to dumber teams that can’t draft or develop their own talent. This is the time of year for rumors. Now, some people disgard rumors completely even if they’re 99% bullshit. Not me. 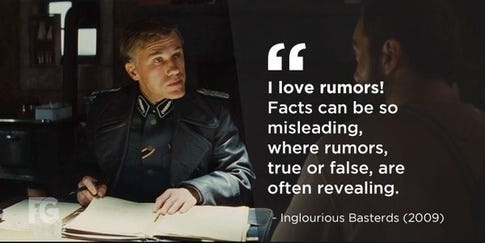 Either way, rumors move the internet needle and there is literally ZERO sports going on right now so lets talk about the names being thrown around

I dismissed this one almost immediately, but people keep bringing it up. The Blackhawks are reportedly “kicking the tires” on Malkin. Malkin makes $9.5M and both the Pens and Hawks need to shed salary. Crunch the numbers.

There’s just no way this was ever true. I don’t know how rumors get started, but this one is probably just click bait. The Hawks would have to trade Anisimov, Shaw, Kruger, and maybe another piece to make a Malkin trade work. Doesn’t make any sense. As great as Malkin can be, I dont think that trade makes the Hawks better. It certainly doesn’t make them more flexible.

The Hawks Are Shopping Corey Crawford

If you read people who consistently “report” that Crawfor is getting traded then you should stop reading them. I think Scott Darling is a really good goalie. I think he will be a starter in the league eventually. And obviously he’s a friend of the program so I’d want him to be in Chicago for the long haul. Having said that…if the Hawks trade Crawford and then Darling shows he’s capable next year…guess what…he needs to be paid too. Crawford is one of the better goalies in the NHL right now and 6M is the going rate for top flight goalies. Hell, Freddie Andersen just got 5M. This rumor is preposterous.

Brian Campbell Wants To Come Back To Chicago

Campbell loved his time here. He lives in Chicacgo in the offseason. His wife is from Chicago. The Blackhawks need help on D and Campbell wants to win another Cup. He would have to take a significant pay cut in order to come back to Chicago, but maybe he would. Mostly, I just want this rumor to be true. The Blackhawks’ biggest problem last season was their 3rd pair on D. If they can get Campbell for relatively cheap then that problem is sovled. A unit with Keith, Seabrook, Hjalmarsson, TVR, and Campbell would be one of the best in the league. Campbell can still play and he’d be asked to do less here. 3rd pair minutes and then PP time. The Panthers signed Yandle so you gotta assume that there’s no way Campbell goes back to Florida.

The Blackhawks Are Shopping Marcus Kruger

This makes too much sense. When the Hawks signed Kruger to this extension in March I said the following:

Kruger did the Hawks a favor last summer. He never really tested the free agent market. Instead he waited until the Blackhawks had their affairs in order, then he signed for below value. Now, its his turn to cash in. I haven’t looked to see if Marcus Kruger has a no-movement clause in his new contract, but I would be shocked if Kruger finished this contract with the Blackhawks. Fact of the matter is that both Turbo and Panarin will be RFAs after next season. Not to mention Shaw is going to be an RFA this summer.  They’re gonna have to get paid somehow. My guess is that Stan took care of Kruger now, knowing that someone else will likely be paying the majority of this contract beyond 2017.

I love Kruger. I wish the Hawks could afford to pay their 3rd line center $3+M, but they can’t. Now, can a younger team that needs defensive and veteran help afford that…yeah. I think Arizona, Edmonton, Buffalo, and maybe Ottawa would look at Kruger and see a guy that can push them into the playoff picture. I think it’s more probable than not that Kruger is dealt before July 1.

I think Shaw is extremely valuable to the Blackhawks. I’d love to have him back. I hope they work out something that is beneficial to everyone, but I think it becomes less likely every day. No idea what his value would be on the open market and I also think it might be one of those situations were he’s more valuable to the team he’s on than any other potential suitor. It may not be the worst idea to let Shaw test the free agency waters. See what type of offer sheet he gets. If some team blows his doors off with a big offer then you just take the RFA compensation and say thank you very much

Getting a 2nd round pick for Shaw, plus that extra cap space isn’t the worst scenario. Hopefully they can replace him in the aggragate with a combination of Weise, Hartman, and then throw that extra dough to Campbell. Again, I hope Shaw is back, but going above say $3.3M AAV would make me a little nervous.

At the end of the day, the Blackhawks still have the best core in the NHL, the best coach in the NHL, and one of the brightest minds pulling the strings. They’ll always be a contender with that recipe. And, for what it’s worth, the Penguins just won the Cup with essentially the same plan. A few great players, and fill in the gaps with young players. Now the Hawks need their young guys like Schmaltz, Hartman, Rasmussen, Motte, and Kempny to fill in the holes. Dynasty reign.

PS: Congrats to Panarin on the Calder as well