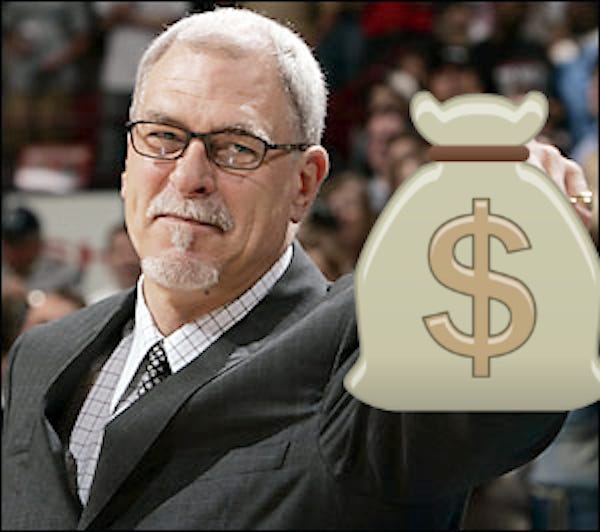 ESPN- Arron Afflalo and Derrick Williams have informed the Knicks that they will decline their 2016-17 player options and test free agency, according to league sources. Afflalo declined an $8 million option for next season; Williams declined a $4.6 million option. With Afflalo and Williams opting out, the club could have close to $30 million in available cap space this summer. That number would increase to $34 million if the Knicks renounced their other free agents.

Here we go again. It’s late June, an NBA champion has just been crowned, the draft is around the corner, and Knicks fans are starting to get their hopes up about the next batch of superstar free agents that will wisely pass up James Dolan’s money so they don’t have to work for James Dolan. Oh yeah and the Knicks don’t have a pick in the draft. That’s part of the tradition as well.

First of all, this news is bittersweet in that I really liked Derrick Williams on the Knicks at a price of $4.6 million. Sure he would disappear for chunks of games at a time, but there were a few times when he looked one of the best players on the floor and was one of the best dunkers the Knicks have had in years. Granted he had a haircut like a 12-year-old girl and got robbed by a couple of chicks. But I still liked him flashing the talent that once made him the number 2 pick of the draft. I will not miss Arron Afflalo as much. I was excited when the Knicks signed him last year just because the season before was a disaster and he resembled an actual starting shooting guard. But between the salary cap skyrocketing and Kurt Rambis benching him, Afflalo leaving was all but a given. A big positive about Afflalo opting out is that he used to hang out with Hurricane Nia from MTV: The Challenge, so his exit means less of a chance of her being at The Garden, which is a win for all of us. A negative about Afflalo opting out is that our guards were a tire fire last year with him on the team. So him leaving doesn’t help matters, especially in a system like Jeff Hornacek’s that relies on good guard play.

As for what the Knicks are going to do, I’m not going to dream big. I’m sorry guys. NBA free agency is my favorite free agency season by far. So many #sources trying to connect the most ridiculous dots in the world. Things like “A brother of Kevin Durant’s AAU coach works for the Pacers part-time means that KD will seriously consider signing there” type of stuff. Now if LeBron says he is trying to figure out which dead dog of a franchise he will resuscitate next, I can get excited. But again, as a Knicks fan, I don’t expect good things to happen to me. I expect James Dolan to treat us like Ramsay Bolton treated Theon. The biggest name I am looking at is Mike Conley Jr., who is the best available point guard, especially after this tweet.

Now I have stated many times in the past that I despise lefty point guards because they gum up the whole viewing experience. But desperation is a stinky cologne and Knicks fans reek of it. With the salaries of players expected to rise in the coming years, I would be fine offering Conley a max contract. As I’ve said in the past, beggars can’t be choosers. And the Knicks are the sleeping homeless guy on the subway. To have a guy like Conley, along with Jerian Grant with a year (even though not nearly enough game minutes) under his belt, in Hornacek’s system would be a HUGE coup and the beginning of a real backcourt. I love Langston Galloway, but he didn’t take a step forward last year. And I’m intrigued by Tony Wroten while also hearing enough negative things from Sixers fans to temper my expectations. But again, I am not going to dream big and I expect Conley to go anywhere except for New York. Trick me a million times, shame on you New York media.

The player I’ve seen linked most linked to the Knicks is Evan Turner, who I’ve never loved. But “Never Loved” is muchhhh better than how I felt about Sasha Vujacic, who got way too much burn last year. Turner would fill the crater the team has at the 2. And as always, the Knicks were mockingly linked to literally every guy that was looking to cash in big during the playoffs. “LOL, Harrison Barnes to the Knicks!” was the running gag until his play was so bad everybody stopped laughing. Obviously guard play is the big target. I will blog about rumors once they start flowing. I don’t know if Phil is going to spend every dime he has now on free agents, make a trade for Derrick Rose, or roll some of the money over for next year. What I do know is that I’m not getting my hopes up for anything truly exciting to happen for the Knicks.

*Who am I kidding? I will be all-in the minute I hear a rumor of a big free agent signing here along with a photoshop of them in a Knicks jersey. That’s just the deep emotional damage of being a Knicks fan shining through.