This isn’t as much a blog as a public service announcement to everyone out there for why your parents will be asking you about the Crying Jordan meme this morning. Actually maybe not since this was on Twitter and not Facebook. But regardless, the blatant disrespect for the GOAT (Crying Jordan in this case, not Michael Jordan) is off the charts. Crying Jordan lets us laugh at the misfortunes of other people, regardless of gender, race, religion, or wealth. Crying Jordan is the great Twitter equalizer. The checks and balances of the internet. Comparing it to Crying LeBron or any other meme is worthy of slapping the Crying Jordan face on the entire GMA cast (which I’m sure has already been done tenfold because that’s how the internet rolls).

But the worst part of this tweet is the good old #tealizard. Jesus Christ, GMA. Kermit The Frog has been entertaining audiences around the world and trying to make mutant pig-frog babies with Miss Piggy lonnnnnnng before Good Morning America was even a twinkle in some ABC executive’s eyes. And now Tea Kermit is the hottest meme on the planet thanks to LeBron. Put some respek on his name. However, for the life of me, I still have no clue what the fuck The Mask #smockin meme is. But to be honest, not knowing about every internet meme ever is probably a good thing. If you can explain every internet meme ever created, those memes are your friends. Because there is no chance that you actually interact with other human beings.

And to answer this awful question, Crying LeBron will not be a thing unless #BlackTwitter makes it a thing because it will be hilarious. If #WhiteTwitter tries to make it a thing, it will be even lamer than this GMA tweet was. And once that happens, white people will have killed internet memes. And then all we have left on Twitter is GIFs. 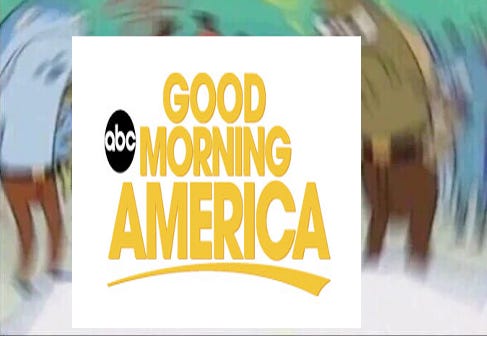 Update: Apparently this is GMA knowingly trolling everyone? I mean I realize that Kermit has been called the Tea Lizard and I appreciate a good Twitter (parody) account as much as the next guy. But if the GMA Twitter handle has become self aware, it’s time to just destroy the internet with one of those organized implosions like they did to the Kingdome back in the day.