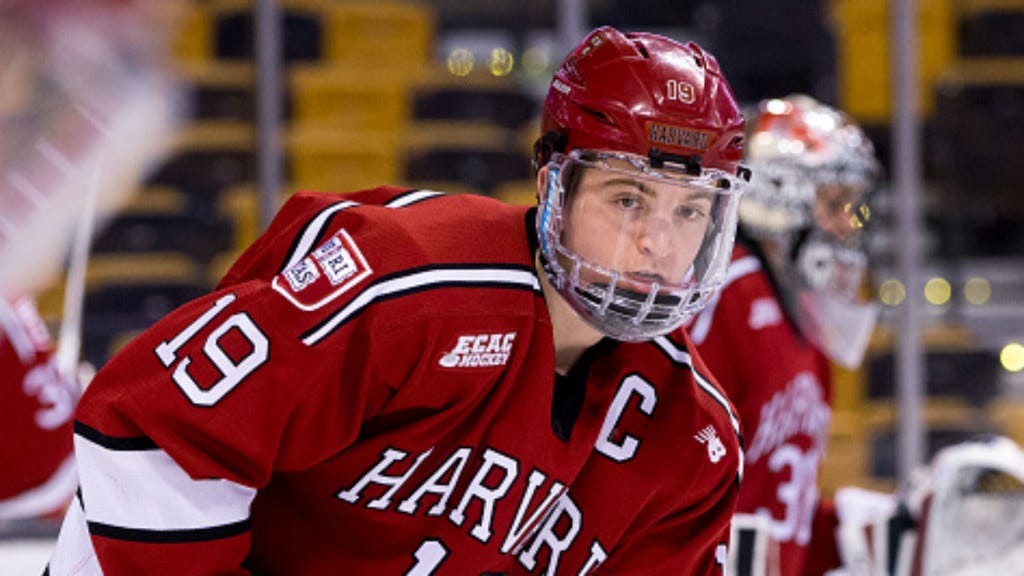 If you’ve been following the Jimmy Vesey saga at all this year, you’ll know that it’s been one giant cluster fuck of chaos. Vesey, who won the Hobey Baker Award this past year with Harvard, was drafted 66th overall in 2012 by Nashville. After finishing up his senior season at Harvard, he decided to say fuck the Preds and bailed. Just a nice big “frig off” to the entire city of Nashville. Which was a tough pill to swallow for David Poille since he was under the impression that Vesey was going to sign with the Preds after his season at Harvard wrapped up thus not moving his rights at the Trade Deadline. Like I said, it was chaos. But now instead of just letting Vesey walk in free agency come August 15 when he becomes a UFA, this happened today.

Now keep in mind, Vesey can still just tell the Sabres to go kick rocks and test free agency come August 15. There’s nothing saying that he has to sign with Buffalo. With that being said, I can’t imagine many better scenarios for the 22 year old. He would definitely have a spot in Buffalo’s top 6 and that’s what he’s looking for. And according to ESPN’s Craig Custance, Vesey has the same agent as Jack Eichel. Speaking of Eichel, this means the Sabres could put together one of the greatest Beanpot alumni lines ever assembled with Vesey – Eichel – Gionta. Mix in the fact that he’d have the greatest two hockey fans in the world attending his games and there’s nothing for Vesey to not love about Buffalo. 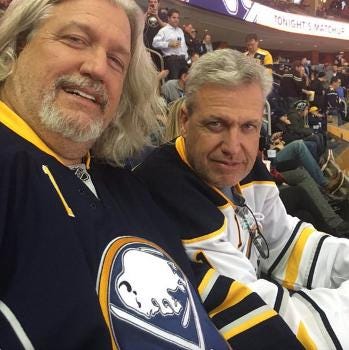 I’m sure that Vesey will still hear offers from Boston. I’m sure that he’d love to go play for his hometown team. But this is a business. And when you’re dealing with a career decision like this, maybe you don’t want to play for a boss who is a complete moron with staggering incompetence. Because a 3rd round pick is a pretty steep price to pay for Jimmy Vesey. Just imagine what kind of a bozo you’d have to be to pay a 3rd round pick for Zac Mother EffingRinaldo.

More Around The League.

It’s officially that time of the year, people. Time for teams to start wheeling and dealing right before the draft leading into free agency. Now I guess NHL GMs were a bunch of bitches this weekend because it doesn’t appear that they’re still nursing any hangovers this Monday. It’s strictly business today and right on cue the Maple Leafs got themselves in the mix.

The Leafs have the 1st overall pick in the draft on Friday and the 30th. Well, they had the 30th. Which is now headed to Anaheim for Frederik Anderson. The Maple Leafs need a goalie if they’re going to win a Cup with Steve Stamkos and they just went out and got him. They signed Anderson to a 5-year deal which means that Bernier is probably going to be used in a trade at some point soon. The Ducks need to start to rebuild while they’re window with Getzlaf and Perry is closing so I guess this was their best bet. The 2nd Randy Carlyle Era in Anaheim is already off to an incestuous start.

Remember when the New York Rangers traded Anthony Duclair and a 1st round pick for Keith Yandle? Pepperidge Farms remembers. What a bunch of idiots. As long as Florida is able to sign Yandle, I like this a lot for the Panthers. He’ll be a perfect #2 guy to to Ekblad. The Rangers are getting a draft pick in return.

So yeah, with the draft coming up on Friday, this week is going to be pretty wild. I’m sure some more dominoes will fall between now and then. There are also rumblings that Columbus is hearing offers for the 3rd overall pick. I honestly have no idea why they would do such a thing but the rumblings are there. Personally, I think if you pass up the opportunity to draft Puljujarvi that your team should be relegated. But that’s just me.