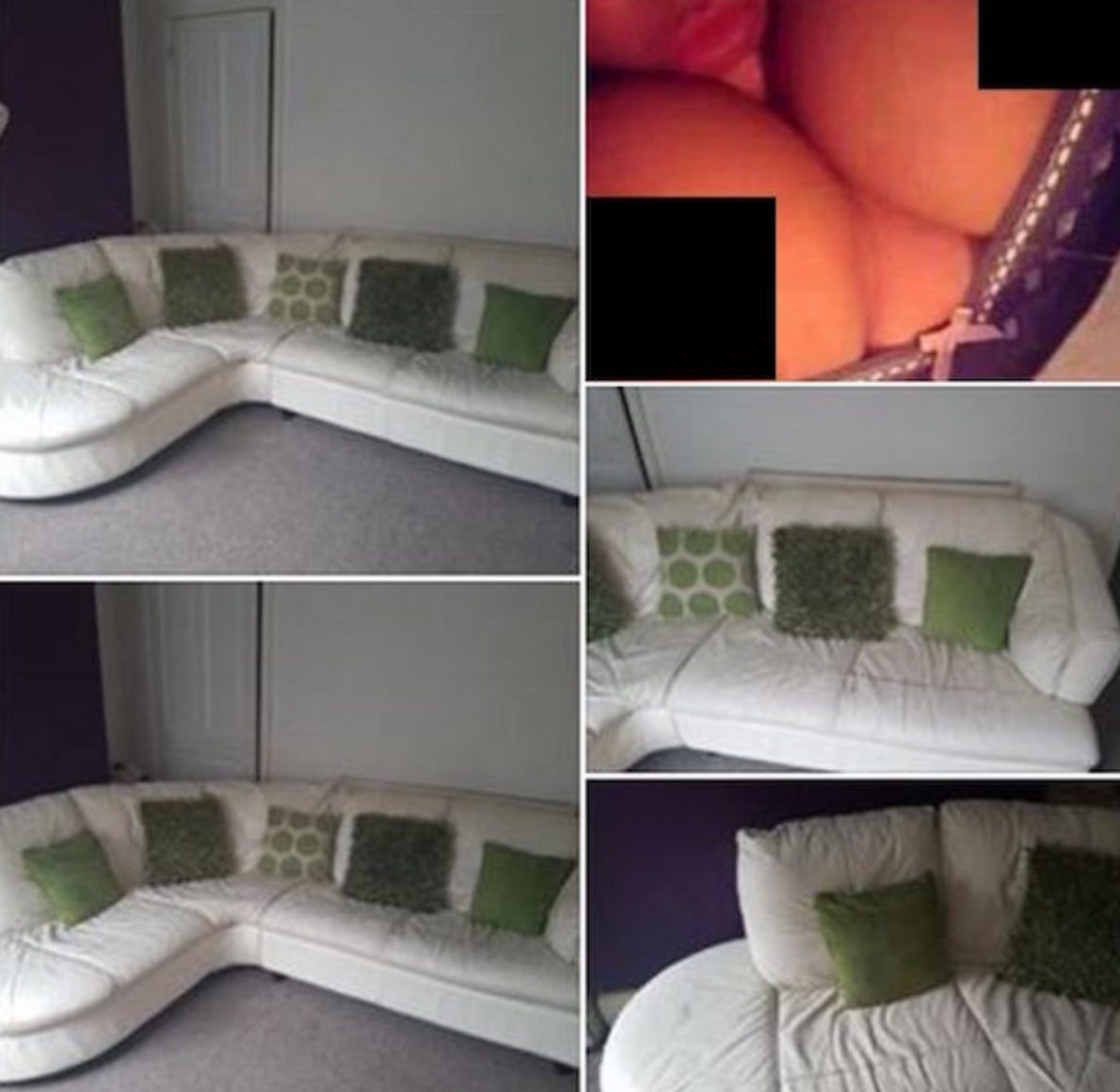 Mandatory- All that Jessica O’Brien wanted to do was sell her shitty couch, and all she did was include a picture of her boobs along with the pictures of the couch. The 25-year-old only intended to advertise on a buy and sell page that she was selling her couch for about $440. And while she did include pictures of said couch, she also included one picture that stood out from the rest. Check the pictures out below and see if you can spot which of them doesn’t fit: Jessica uploaded the pictures from her phone, and when she noticed her flub she quickly had this to say: “When you make an absolute schoolboy error on your buy and sell post!!!” According to some of Jessica’s friends, Jessica was left “mortified,” and that she’s “really embarrassed.”

Ok lady. Sure. And beer companies have big-titted girls in their commercials on “accident” too. Boobs instantly make everything better and they obviously make things get more attention. That couch looks like a piece of shit that I wouldn’t give it to a homeless person. No sane person buys a white couch. But plop a pair of boobs next to that ugly ass couch? I guarantee that thing sold in less than 45 minutes. Why? I wish I had an answer and Coors Light/Bud Light/Miller Lite are glad I don’t have an answer. It’s human nature. It’s unexplainable. Yes boobs are awesome but it goes deeper than that. Boobs are boobs are boobs are boobs and they’ll keep me coming back every time. Even without the possibility of touching or even seeing the boobs. Toss a pair of boobs on an advertisement and guys are hooked. So yeah, this chick can say she “accidentally” went TOFTB on that ad but we all know the truth.

PS- I get why she doesn’t need that couch anymore. Her guests can just sit on those areolas.