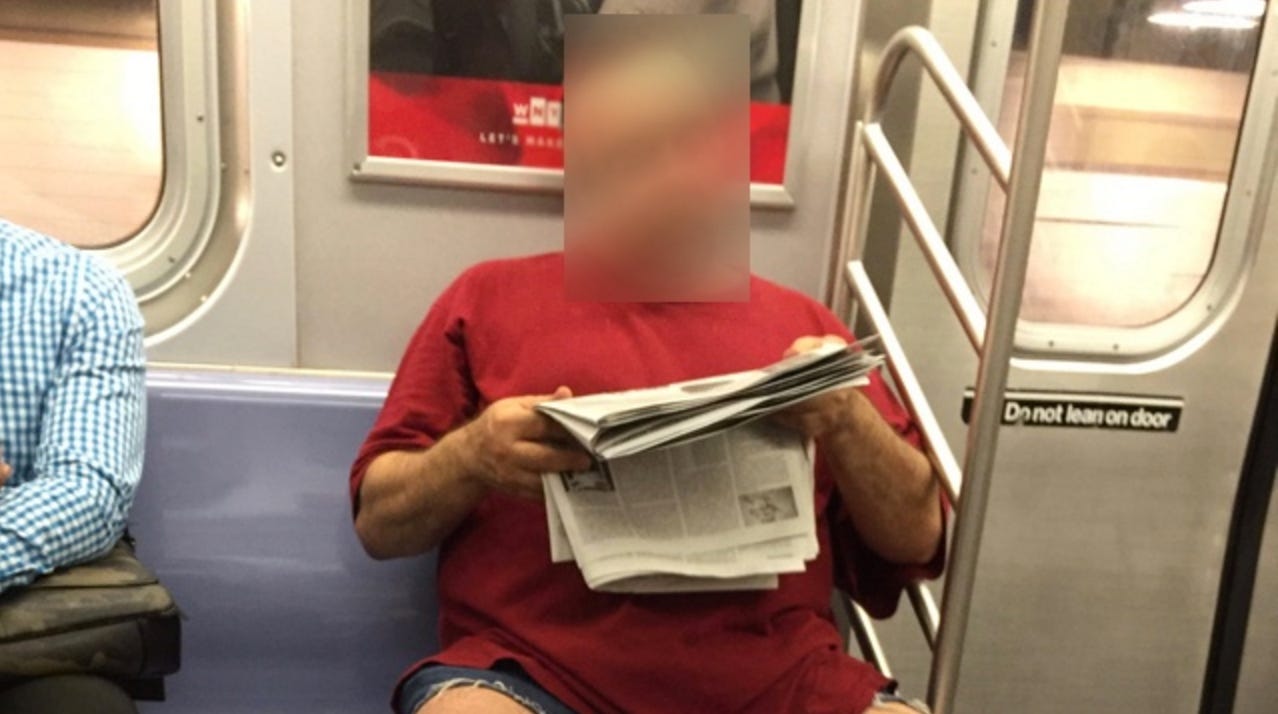 I’d imagine if you’ve made it this far its because you clicked on a headline about a dude with his balls hanging out, so I’m pretty sure you’re along for the ride. But in case you somehow want to change your mind this is your last chance. If you scroll down you will see an old dude’s nutsack. 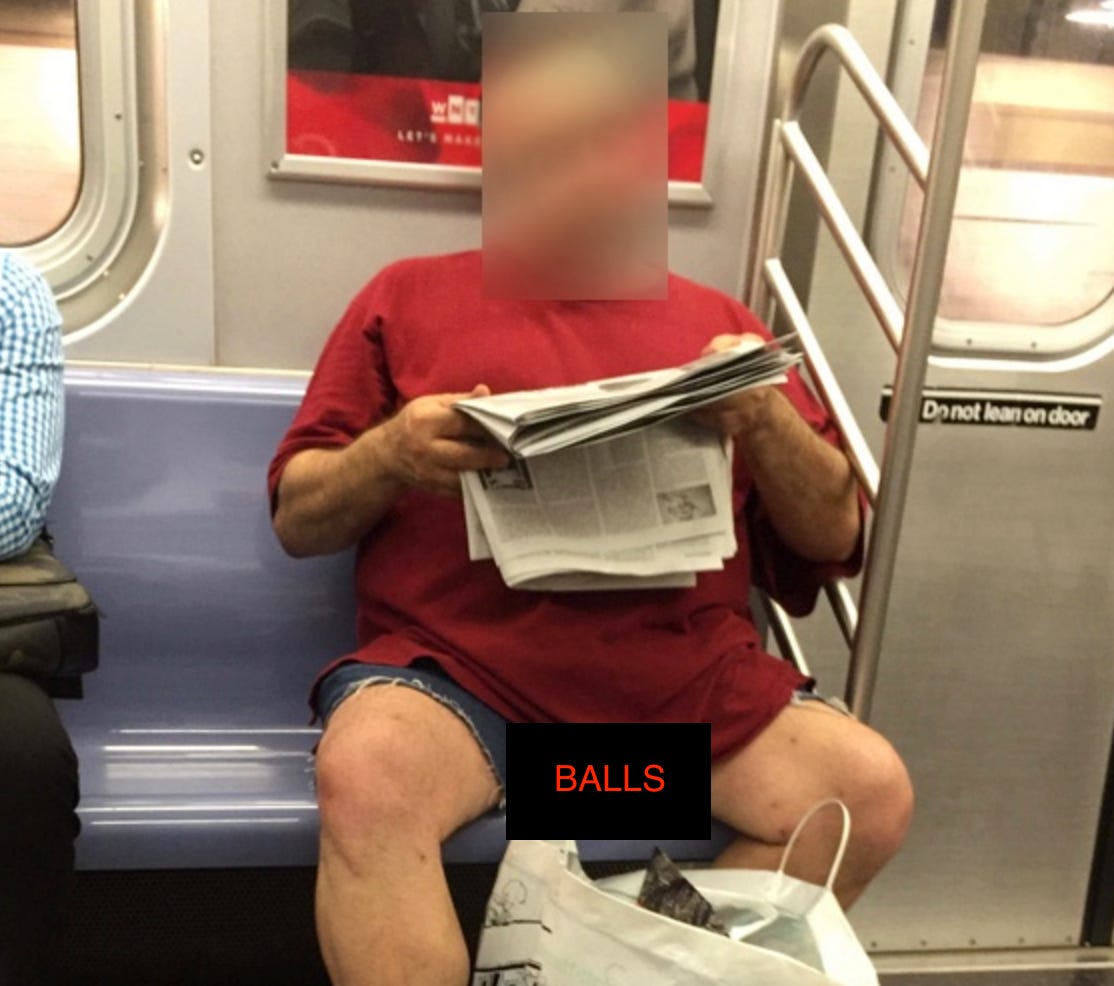 You ever ride the subway with BOFA?

Now this is a big deal because this paparazzi narc took a bunch of pictures of this guy’s ball bag and sent it to the police. NYPD was basically like “Its not a crime to let your nuts hang.”

Gothamist - Earlier this year, the NYPD wanted everyone to know they are taking subway perverts very seriously by inviting the NY Times to tag along with plainclothes transit officers busting gropers. But when a 4 train rider noticed a man sitting on the subway bench this weekend with his testicles out in the open, the police said there was “nothing they could do.” Our tipster, a Manhattan resident, tells us:

On Sunday, at around 7:00 p.m. I encountered a flasher on the 4 train from Grand Central to Union Square. The man was wearing short jean shorts that he apparently cut so that he would be exposed when he sat down. He was sitting down with his testicles out, resting on the subway bench in full view. There were a fair number of passengers on the train, including women and children. I photographed the man so I could report him to the police. He apparently noticed me taking pictures, and lowered his unusually baggy t-shirt to partially cover his exposed genitals while they remained out of his shorts. It could be inferred that he wore this long shirt so that he could cover himself when standing, and while seated if he chose. I reported the man to the 9th precinct, but the officers declined to write a police report. They said that unless he was overtly gesturing at me or masturbating, there was “nothing they could do.”

Now listen, subway perverts are the worst of the worst. Guys jerking off in plain view. Dicks out. Touching other people. Harassing women. All of it is the worst. But this dude with his nuts resting on the subway bench made me chuckle. I dunno why. I guess to be honest I need to see his face. Weird thing to say right? “Hey I’m gonna reserve judgment on you airing out your nutsack until I see your face!” Its true though. If this dude looked like some old grandpa whos just completely over life and doesnt care if his balls are draped on your fucking face, let alone the subway bench, I think I’d give him a pass. If he looked all sexual assault-y, then I’d say we gotta lock him up for life.

But right now in my brain I’m envisioning the old Take A Report logo picture with the Fisherman whose hog is out. I’ve laughed at that old fisherman and his dick for about a decade so I gotta be consistent here. That dude’s balls resting on the subway bench like a shrunken bean bag chair is fucking funny. The fact that he’s wearing little cut off Nevernude jean shorts probably means he meant it and hes definitely a sex offender but for the time being I’m laughing. I wasnt the one who had to look at those nuts so I am ok yukking it up.