Fox News- Days after a two-year-old boy was killed by an alligator at Disney World, a shocking video has emerged, showing a Disney World employee fending off an alligator at one of the Magic Kingdom’s most popular attractions – Splash Mountain. The video, which was apparently captured in 2009, was recently obtained by Inside Edition. It shows the employee poke the alligator with a pole, attempting to force it back into the water. The predator, however, appears determined to get on land, as tourists enjoy the ride mere feet away. This video has emerged as new reports allege that Disney World ignored warnings that guests were feeding alligators at the park and the areas along the lagoon where the boy was attacked, Inside Edition reported.

For far too long, Disney World has done a good enough job being able to trick people to forget that it is located smack dab in the middle Florida, the home of alligators, meth heads, and Florida Man by doing whatever it took to make the place the happiest place on earth. I mean they have a garbage can every three inches in the park so there’s no trash. They don’t sell gum so people don’t stick it everywhere. And everyone is over the top friendly so you forget that you just waited on a line full of people wearing fanny packs and bratty kids just so you could go on a ride for 90 seconds.

But if you see a gator at Disney, the best thing you can apparently do is just hiss at it a few times like it’s an unwanted squirrel and hope that security arrives to hit it with a pole from the pool store. And this didn’t happen just anywhere. This was Splash Mountain. That gator knew the perfect ride to blend in on, which os also one of the best rides in the entire goddamn park. Not on that weak ass Tom Sawyer Island that nobody goes to or in the tainted water of It’s A Small World. One minute you could think that Disney improved its animatronics on Splash Mountain before realizing that it’s actually a real gator trying to take a bite out of you. Hopefully Disney can find it in their multi kajillion dollar budget to hire some sort of gator hunter so alligators no longer run that city like Diddy ran New York in his prime. I’m pretty sure the dude that was Skinner in the WWF back in the day is very available (or dead, since all wrestlers die before the age of 50). 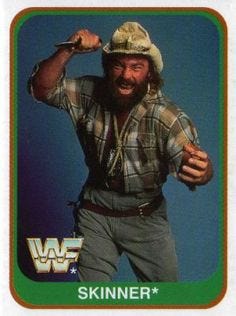 And since it’s related, lets do a quick wholesome MFK for the three Magic Kingdom “Mountain” rides.