It’s great to see someone doing what they were clearly born to do. LeBron James was born to play professional basketball. Jose Canseco was born to mash home runs, whether it is during a Major League game or as an exhibition at a minor league stadium. And J.R. Smith was born to have champagne fights with smokeshows in basketball jerseys while Jay-Z blares in the background. I know that J.R. cried on stage about how he does everything to make his parents proud. But the 6 AM champagne fights with chicks aren’t all that bad either.

In fact, if you told me the reason the Cavs traded for J.R. was so they would have someone to MC the champagne celebrations, I would believe you. Teams need to have an all-time party guy that will break the ice and pour the champagne on the hot chick wearing the LeBron jersey. But bad job by the Cavs players letting Richard Jefferson anywhere near that mess. Dude is too damn old to be near the Pipe Man when he is firing on all cylinders. I feel like RJ was probably breaking down how he is going to diversify his earnings during his retirement to this chick before J.R. dropped a champagne bomb on her. And I guarantee that J.R. is currently living the Jay-Z line “got a condo with nothing but condoms in it”. Not a doubt in my mind. Keep doing your goddamn thing, Earl Smith. The smug bloggers of America will be cheering you on and documenting what you do every step of the way.

And as much as Shump drove me crazy as a Knicks fan for never being able to figure it out, celebrating an NBA championship as your song comes on at a club in Vegas is the stuff dreams are made of.

Delly rocking the Andy Reid collection as he points at his next dick punch victim.

“Just keep smiling and nobody will say anything”

P.S. I need a J.R. Smith and Timofey Mozgov superfriends reality show more than I need air to breathe. “Pipe Man and Mozzy” would be a ratings BONANZA. 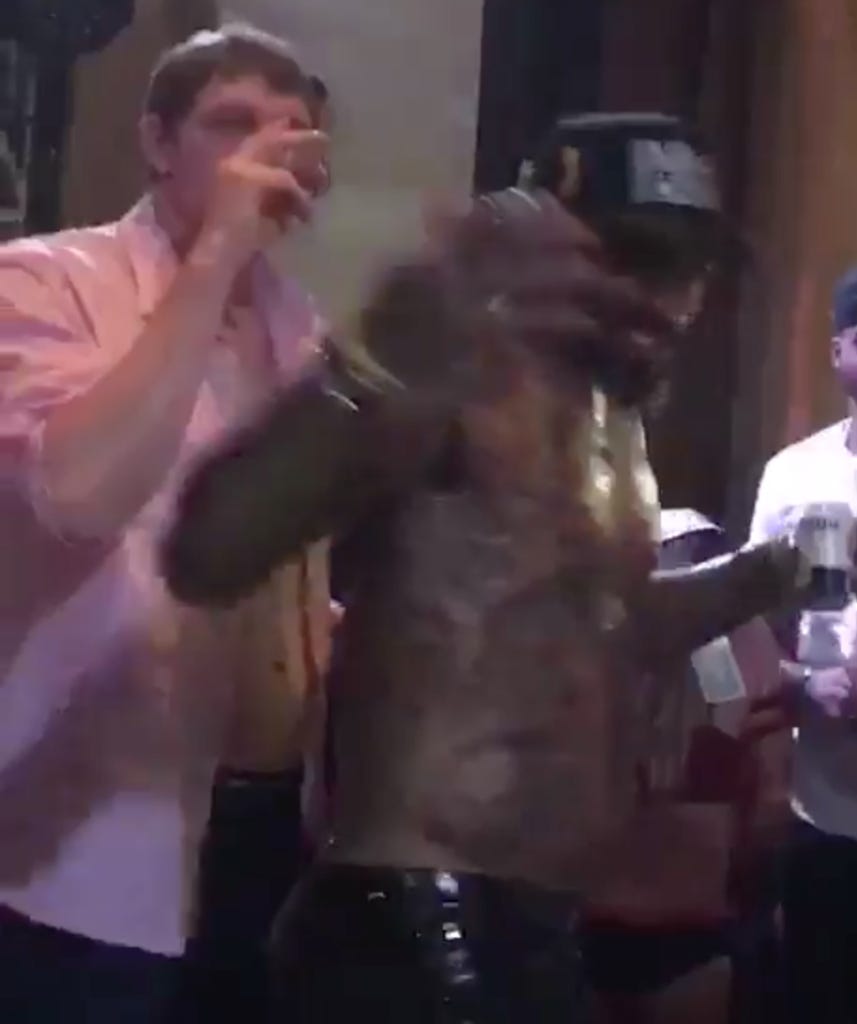