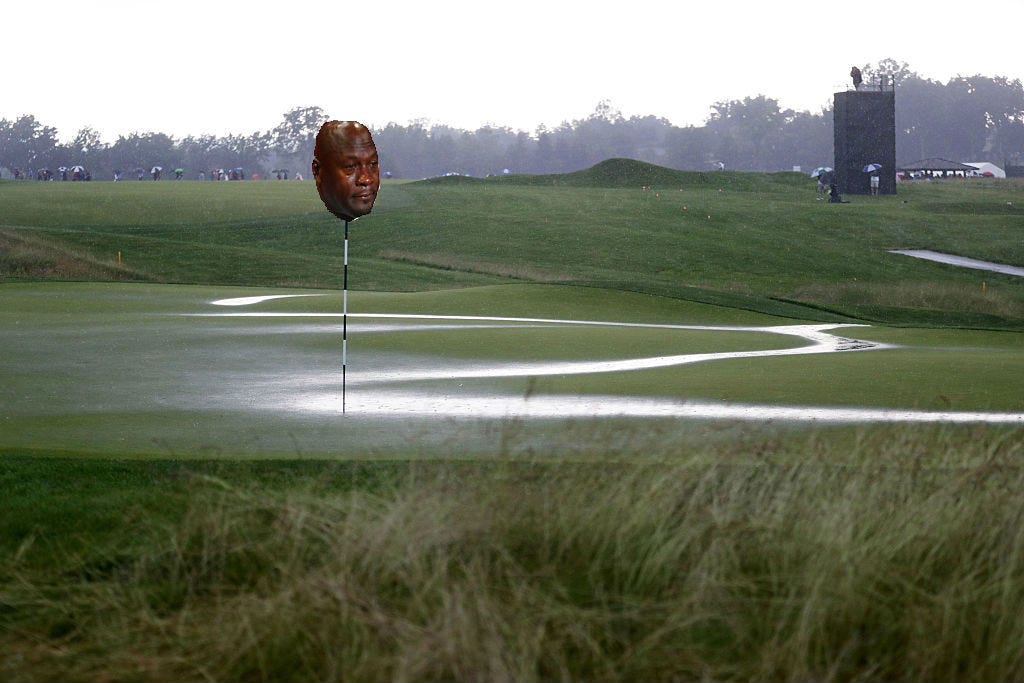 I didn’t trudge all the way out to my couch to watch guys spin 9-irons into tucked pins and one-hop check greenside bunker shots to gimme range. This is the US Open; I’m here for blood. Some cumulonimbus action has denied that, raining 3 inches on our parade since Thursday and the Oakmonster’s had a groggy awakening ever since. But she’s slowly coming to and we’re expecting a triumphant, teethy return this evening and tomorrow.

Unfortunately, shots that were supposed to do this…

Have now been doing this…

But regardless of the relative softness, Oakmont can still bite you. 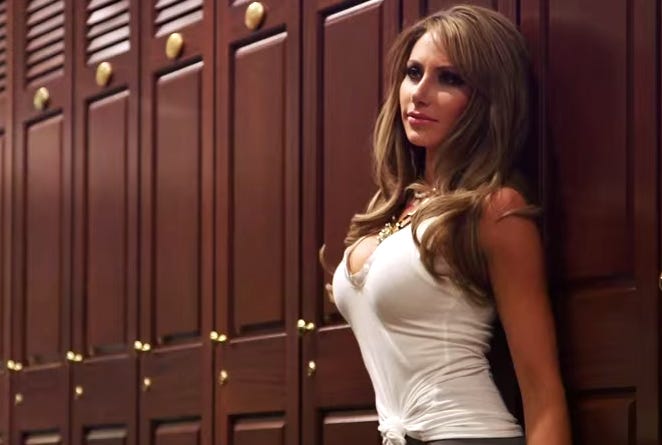 They’re giving us the Tracer:

Fun to see TV networks experiment with coverage during majors. Love what Fox is doing to show slope on the greens pic.twitter.com/m1qQGugMjV

Sadly the commentary still stinks. The guys just aren’t very good. Their rapport is off, their timing is off, and while Joe Buck might be good at filling the 30 seconds between pitches, he stinks at filling 10 hours of golf. It’s nothing specific — something’s just off.

This pretty much sums it up:

Even the golf gods dont like Joe Buck doing golf. His intro on Day 1 is interrupted by a weather horn. https://t.co/UWrpOw5suc

The under par gang 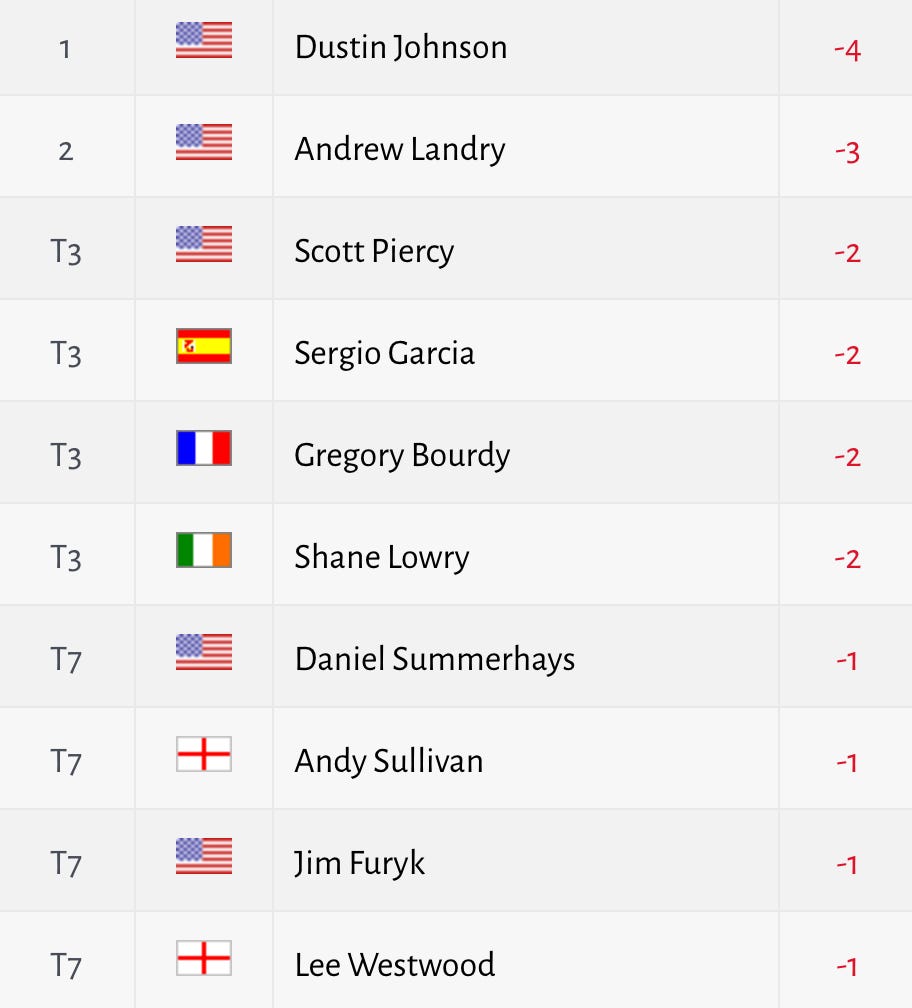 DJ’s in familiar major territory — been here a million times, never closed. The general consensus is that one day the Paulina slayer is gonna win one of these things. Tomorrow could be the day. He hits the ball impossibly straight and, while the field’s averaging around 280 off the tee, Dustin’s averaging over 318. He’s a stripe show.

Oosthuizen, Adam Scott, ZJ at (E). Zach’s Caddie’s keeping him in it.

DeChambeau, English at (+1). Berger at (+2). McDowell, Kuchar, Fitzpatrick at (+3). Duf and Spieth at (+4) and Day at (+5) aren’t definitively out of it, but need some combination of personal magic and help from everyone else.

Bowditch, +17. T4th to last. Taking this year well though.

@GDubs10 @Tour_Junkies nothing sneaky about it. My caddies throat is damaged from yelling fore all year long!! Non nobody?? #aneverwas

Bad start for Sweden: Henrik Stenson withdrew with a calf injury after an opening round 69 (#nice) and Peter Hanson was DQ’d for signing an incorrect scorecard. 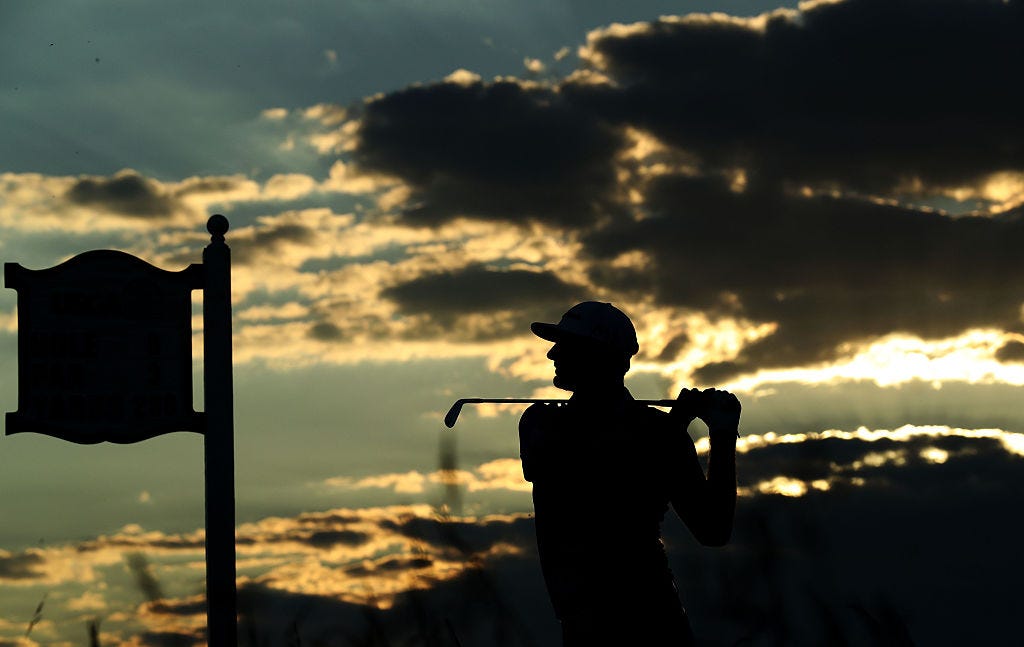 I listed the not-out-of-its as guys a couple over, but all it takes is a DJ 75 and nearly everybody that made the cut has a shot. Still believe winner comes in at over par. I’m at a wedding tonight (writing this from a truck stop), but will be glued to the couch armed with a twitter account for tomorrow’s finale. Praying for carnage.