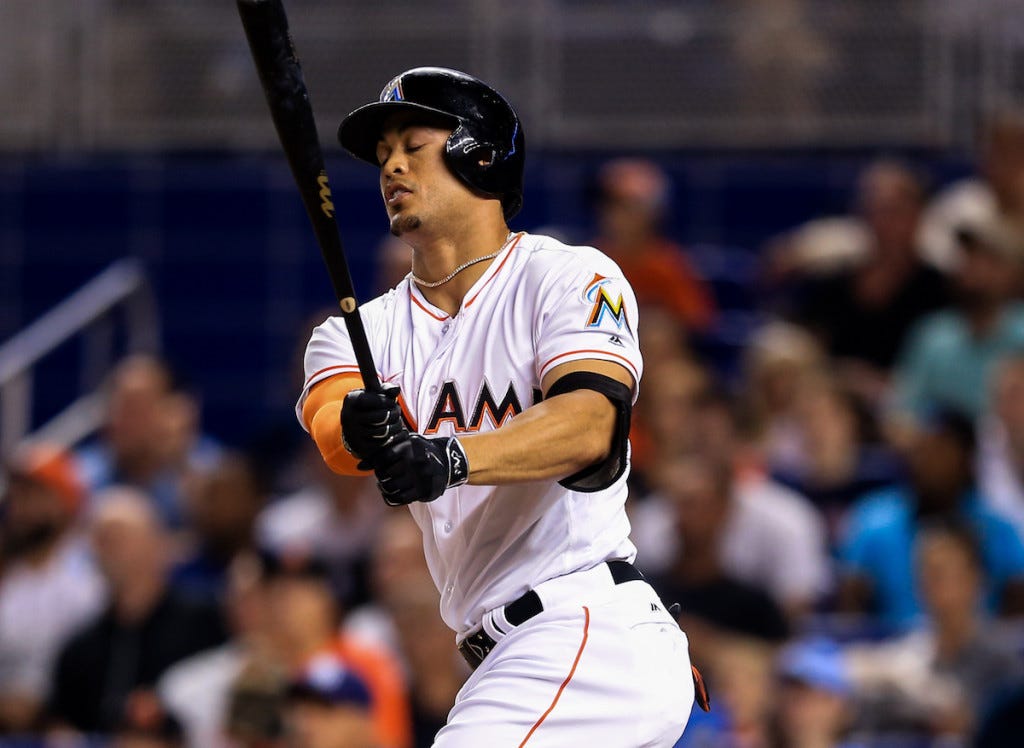 This pains me to write, because I consider him to be one of the only guys in the game whose plate appearances are/were can’t-miss television, but Giancarlo Stanton SUCKS right now.

There is one thing that he ranks first in over that span, and it’s strikeout percentage. He’s struck out in 41.7% of his at-bats, the worst mark of any player in the game. He has struck out 80 times already this year, and he’s on pace to strike out 196 times. The single season record is 223 strikeouts by Mark Reynolds in 2009, so while Stanton might not exactly be threatening to break that record, 196 strikeouts is still a shitload of strikeouts.

Stanton got hit in the face with a pitch on September 11, 2014 and did not return until Opening Day of the following season. The speculation that, some how, the pitch that hit him in the face in 2014 is the cause of his slump, which started one month into the 2016 season, is just flat out wrong and incredibly stupid. So, from April 6, 2015 to May 6 of this year, Stanton hit .267 with a .970 OPS, and his .970 OPS ranked fourth in the MLB among players with at least 400 plate appearances over that span.

You can rule out the pitch to the face being the reason for this. What the reason actually is, your guess is as good as mine. As shown above, there’s really no pitch that he sees, no part of the plate that he needs to cover better than any other, and no accident that you can pin this on. Whatever the problem is, as a really big fan of watching him at the plate, I just hope he figures it out soon.