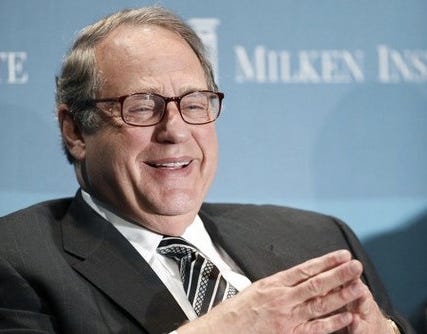 MLB Trade Rumors – White Sox owner Jerry Reinsdorf made clear that his ballclub has every intention of continuing to add to its major league roster this summer, Bruce Levine of CBS Chicago reports. Levine
had posited recently that the team could buy now and sell in July if things don’t pan out, but the owner shot down that theory.

Though the report doesn’t contain any direct quotes, Levine says that Reinsdorf offered that “he had no plans for anything but a full-out attack on helping his front office find a way to win now.” In short, it seems that Chicago could continue to be one of the most active buyers over the coming weeks.

This makes me IRATE. You know why? Because it’s a day late, dollar short. He should have been saying this in fucking JANUARY!!!

I don’t care what anyone says. If the White Sox threw Yo Cespedes a couple dufflebags of cash that equaled out to about $150MM – which is typically fair market value for a player of his caliber – they would have signed him. Fuck outta here with the whole “he wanted to play for the Mets” bullshit. Every man has an X price where he will put money over personal comfort and loyalty, and Reinsdorf didn’t come close to it with Cespedes.

Now, if there were any reports that Reinsdorf and the White Sox offered Cespedes a more lucrative contract than any other team and he still ended up signing with the Mets, then there’s nothing to bitch about. But they didn’t, and they’re stuck with Avisail Garcia still playing every day because of it. It sickens me. And had they ponied up to sign Yo, they STILL could have signed A-Jax for $5MM as a starting CF/ depth option for $5MM but, per usual, he didn’t wanna open up his checkbook and he forced Hahn to piece together the roster by gambling on aging veterans with hopes they’d have one last good season in them, and per usual that didn’t happen.

And I don’t get what he even means by saying they’re gonna do everything they can to contend? They’re not trading Anderson, so Carson Fulmer and Spencer Adams are their only legit prospects they can move that would net a decent return. I guess they can try and trade for a big contract in the mold of Cargo to help a bottom feeding team alleviate payroll, but is he actually willing to do that? If he is all for taking on additional payroll, then why couldn’t he have done it in in the offseason? Goddamnit, it makes me wanna cry.

regarding Ventura – apparently he’s on thin ice. I don’t think he’s a good manager, not by a long shot, but it doesn’t matter who’s in the dugout with this current roster, either. Yeah, Ventura sucks at managing a bullpen and calls for bunts at the most outrageous times, but the back end of the rotation still isn’t that great, the pen has SUCKED for a month, Abreu has been bad bad bad, and they have zero depth. Again, when Austin Jackson injury is a massive blow to your team, your team sucks anyways. A new manager ain’t changing that. They really don’t have much to work with, and a new manager isn’t gonna magically turn then from contenders into pretenders. All that said, #FireRobin