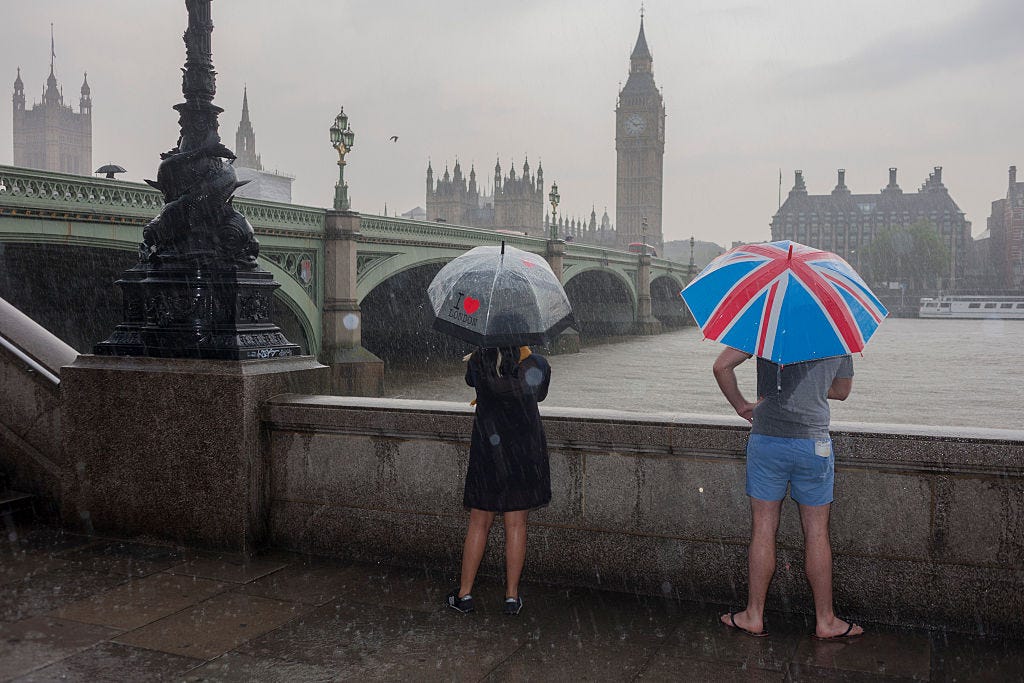 Shortly after noon on Thursday, June 16th, British Parliament member Jo Cox walked alone down a West Yorkshire street after leaving a public meeting with her constituents. A 52-year-old man approached and attacked her, knocking her to the ground and kicking her. As a bystander intervened, the attacker shot Cox.

A second man jumped to Cox’s aid, producing his own gun. As a struggle ensued, the attacker shot Cox twice more.

She was pronounced dead less than an hour later, having suffered 3 gunshot and several stab wounds. 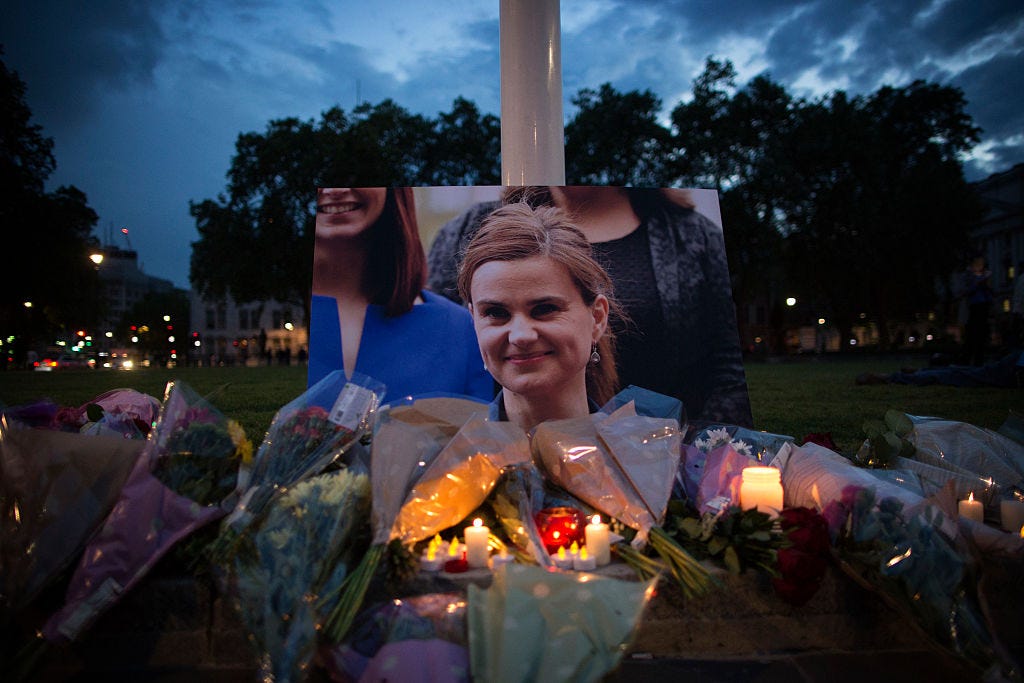 Info from BBC, CNN, and my brain.

On Thursday, June 23rd, millions of English chaps will head to the polls and vote on whether or not England will leave the European Union. It’s a HOTLY contentious issue — not just in England, but across Europe — and carries many global implications.

The European Union is essentially Europe’s economic version of the United States of America. It really is. Instead of 50 independent economies, we operate as the one and only — and very mighty — US economy. The EU is the same thing. Instead of dozens of European economies, 28 countries banded together after WWII. The original rationale was simple: countries that trade and do economy stuff together are less likely to go to war against each other. And Europe was very, very sick of going to war with each other (and the entire effing world). So the EU was born (it became officially the EU in 1993).

Since, it has evolved into quite a thing. It has its own parliament, its own currency (the Euro, which England did not adopt), and sets its own regulations on a whole arsenal of issues: the environment, the economy, transportation, etc.

This system — to varying degrees — grabs control (and money) from individual countries and gives it to the “single market” EU. Conservatives in Britain have been frustrated with this for years. During David Cameron’s 2015 bid for prime minister, he promised a referendum offering the British people the opportunity to finally say loud and clear whether or not they want to leave the EU… whether or not they want Britain to exit.

Hence, from people’s dashing cleverness, we have “Brexit.” 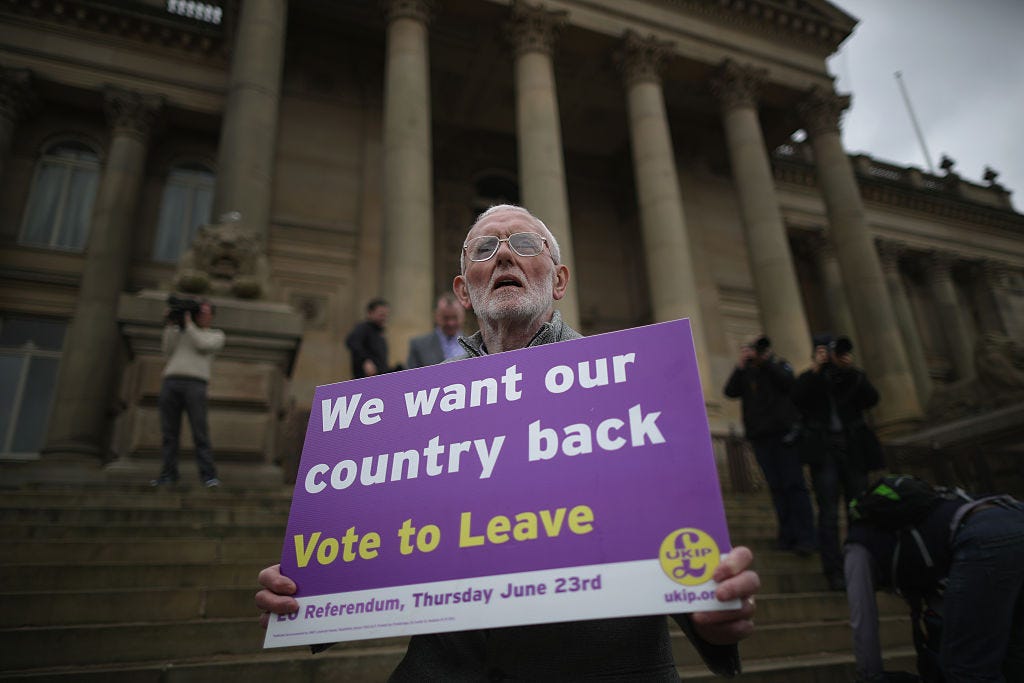 At first, it seemed quite unlikely that England would vote to leave. However, terrorism, immigration and the global refugee crisis have dramatically changed that. 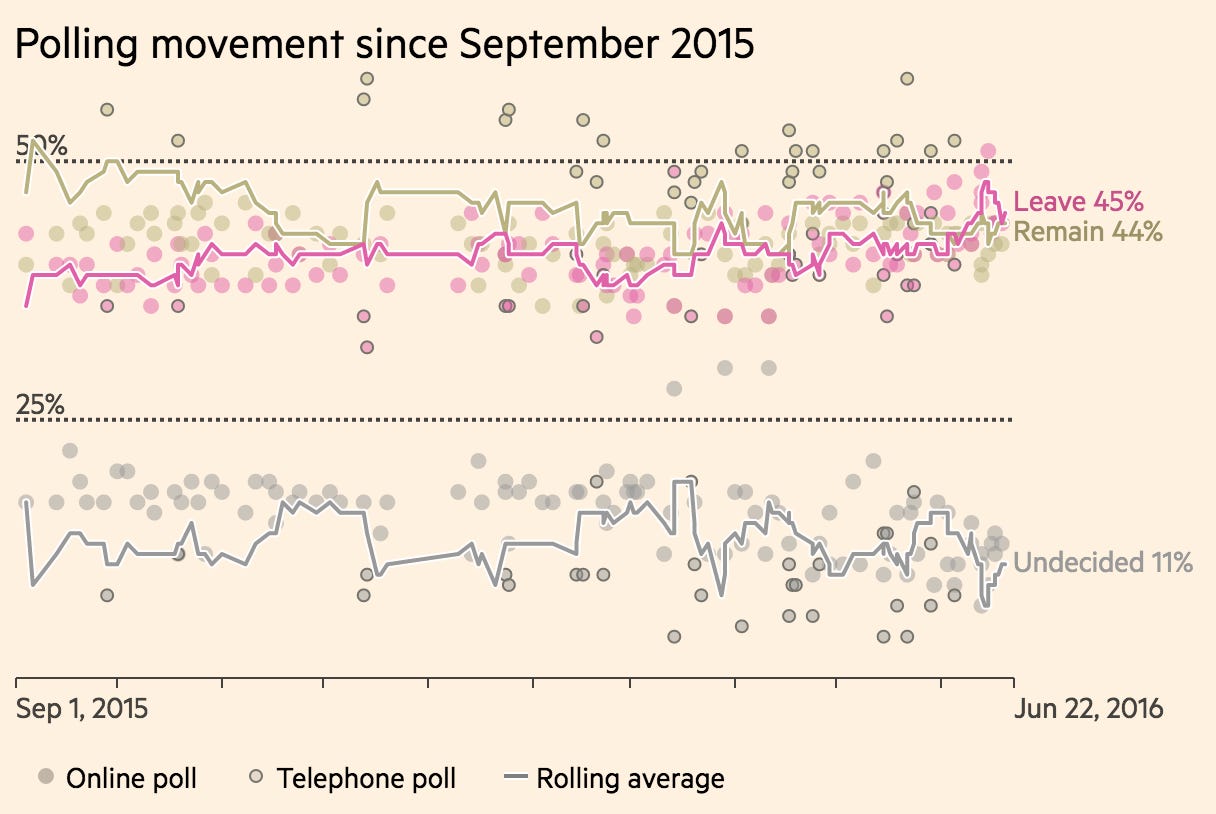 Europe, as I’ve discussed quite often, carries an open border policy. You can hop from one country to the other with virtually no issue. This is great for tourists — and for terrorists. Many, many English conservatives have leveraged people’s fears over terrorism to fortify their argument that an independent England is not only better for England economically, but also safer, as England could employ more of its own, tougher restrictions on who comes in and who goes out.

Many STRONGLY believe that England voting to leave will have devastating impacts on the global economy. But the British are extremely patriotic (remember when they threw the farm at 13 original colonies?) and the simple notion of going alone has gained INTENSE traction across their political landscape. They also send the EU 350 million Euros per week — or net 190 after a rebate (lol at rebates, like Verizon used to do with the Razor) — and nobody likes seeing their hard-earned money shipped off to Belgium.

“Put Britain first,” shouted by Jo Cox’s killer, is a common slogan for Brexit supporters. During his court appearance, the attacker literally gave his name as, “Death to traitors, freedom for Britain.”

Although this guy is a raving lunatic not accurately representative of any side, the intensity surrounding the issue is undeniable.

In a few days, Britain may be on their own and changed forever. If that’s the case, we may have to send someone across the pond to offer England a chance to join the United States. I doubt I’m alone in feeling like it’d be nice to have a small European vacation colony and everyone knows the recently single girl at the bar is always your best shot.