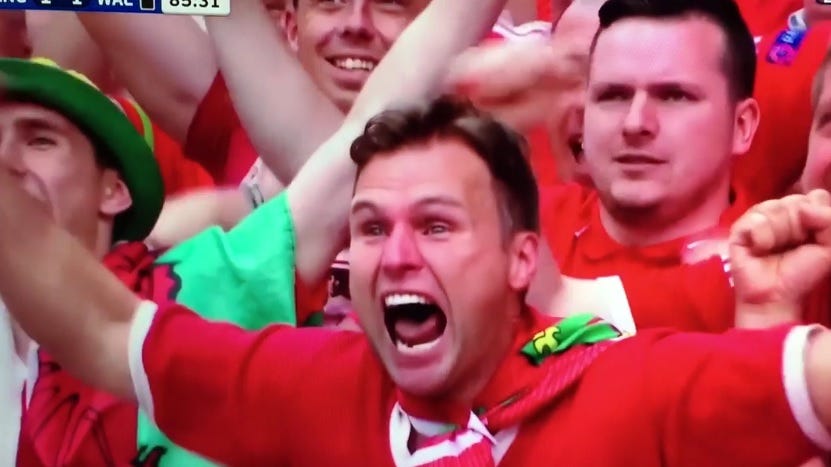 One thing you learn very early on living in Philadelphia is that sports are bad. They lead to nothing but disappointment, anger, and heartbreak. But when the Welsh national soccer team had a 1-0 lead against neighboring powerhouse England while playing in their first ever European Championship, things were looking pretty good for our man over here. (Sidenote: I had no idea that Wales and England are separate countries. Kinda just figured Wales was like a state in England or something.) Anyways, he was probably flying high and living large. Probably thinking about all the hookers and blow he was going to mow through to celebrate the victory. But like I said, you always have to remember that sports are bad. So Wales sees their 1-0 lead go away once England scores in the 2nd half to tie it up. And that’s where this rollercoaster of emotions gets going.

Now typically the order of emotions is reversed here. You trick yourself all season into thinking that your team has a chance and that you have legitimate reason to be excited. 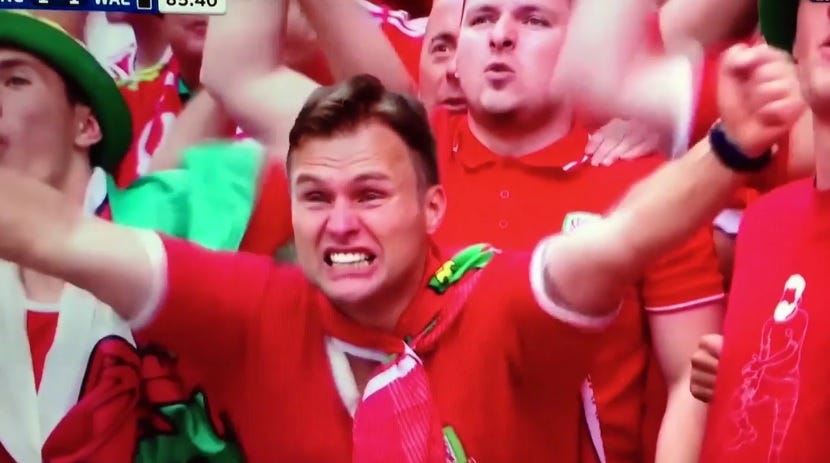 You have hope. And hope is a good thing. Maybe the best of things, and no good thing ever dies. However, you also realize that Morgan Freeman was full of shit and that hope only sets you up for disappointment later. You know damn well in the back of your mind that the inevitable is about to happen. 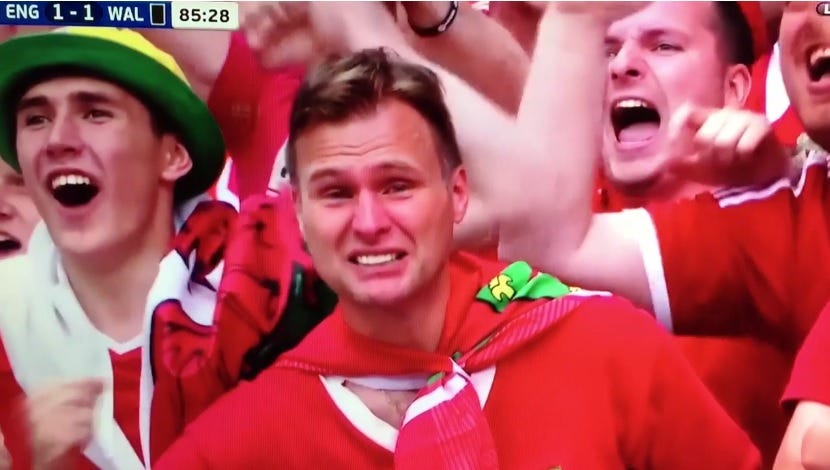 You know it’s coming. You can sense it. You can feel lit. You can taste it. Your heart is about to be broken. Your soul is about to be crushed. All that hope and excitement did nothing besides prepare you for an even steeper drop. You’ve gone through this pain and anguish so many times before that you’d think you’d get used to it by now. But no. It hurts just as much every single goddamn time. And then this happens. 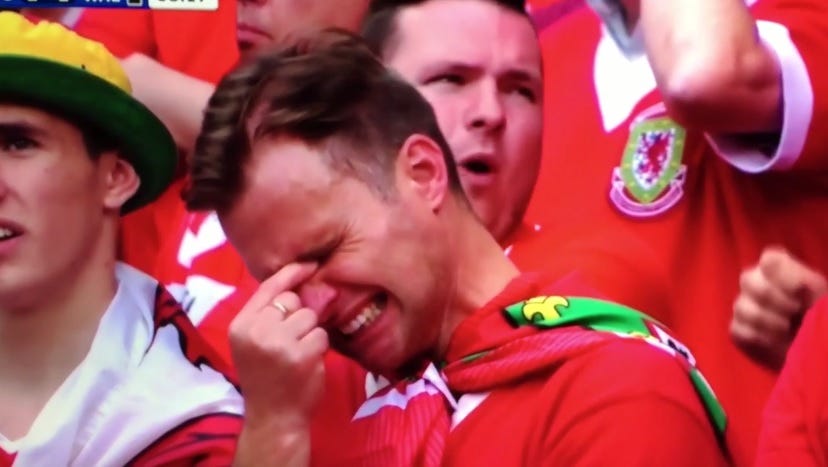 Just like that, you’re dead. Seriously though, I think this dude may actually be dead. Because if he was that upset when the score was still 1-1, I can’t even imagine what he looked like after England scored the go-ahead goal. Murdered by sports yet again. A tale as old as time and a feeling I’m all too familiar with. Can’t hate on a guy for wearing his heart on his sleeve like that. Or maybe he’s just some sort of damned mad man because nobody should be able to go through that many different emotions in 15 seconds. Especially not anybody wearing a ring on their middle finger.

P.S. – When you tell your boys the next morning that you smashed. Or at least this is how I think it would go if that were to ever happen.