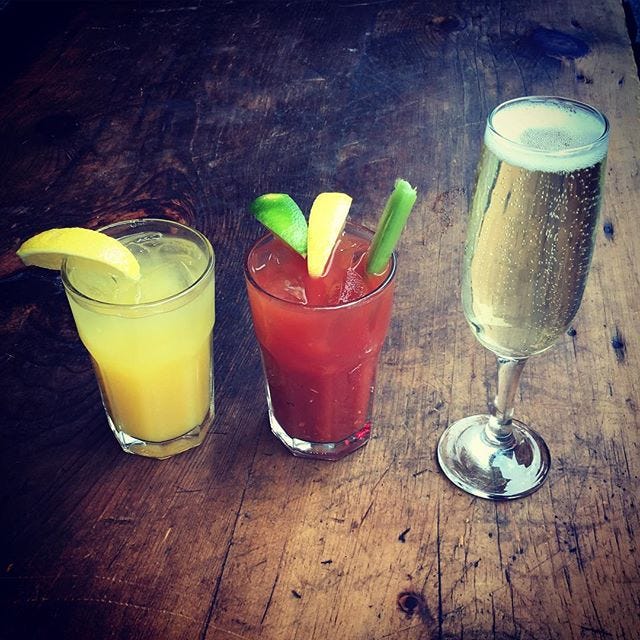 Politico- Two months after a task force recommended sweeping changes to New York’s alcoholic beverage control law, many of its proposals are poised to be enacted into law. The Senate unanimously passed the “brunch bill” Thursday. The legislation would, among other things, allow wine be sold in growlers and let restaurants begin serving alcohol at 10 a.m. on Sundays and, outside of New York City, at 8 a.m. up to a dozen times a year. The legislation is now slated to go to the desk of Gov. Andrew Cuomo at some point this year, and he supports it. Most of the provisions would go into effect two months after he signs it, though the portion allowing bars to start selling alcohol at 10 a.m. on Sundays will take effect immediately.

Yo Governor Cuomo, what the fuck are you waiting for? Get that rubber stamp out, cross the t’s, dot the lowercase j’s and lets get drunk by high noon on Sunday. I mean I am sure that you are in no rush to have a bunch of overserved girls storming the streets of the city two hours earlier than usual. But we have an epic Father’s Day lined up highlighted by the final round of the U.S. Open, Game 7 of the NBA Finals, and Game of Thrones. There is nothing like saying thank you to the men that put their lives on hold to sire a litter of kids than allowing them to tie one on early followed by venturing in and out of naps for the afternoon before The Open hits a crescendo. To be honest, I’ll be happy if Cuomo signs the bill while it’s still dress season. Brunch season is at its best while its still dress season.

The other big win here is that this likely loosens things up for grocery stores to be able to sell booze before noon. Because nothing is worse than having an empty fridge before kickoff on an NFL Sunday. I mean it’s not like most peoples’ hungover asses would leave the house on a Sunday in the fall or winter to get beer anyway. But it’s nice just to have the option to do so. Especially for those extra early London games. I am growing to love those.

P.S. Just for the record, I’m a mimosa guy. You can keep your Bloody Marys, screwdrivers, and straight champagne. Sunday is the Lord’s day and the taste of two parts champagne and one part OJ is what I imagine everything in heaven tastes like. In fact, lets see what the Stoolies think. Vote on your go-to brunch drink below.