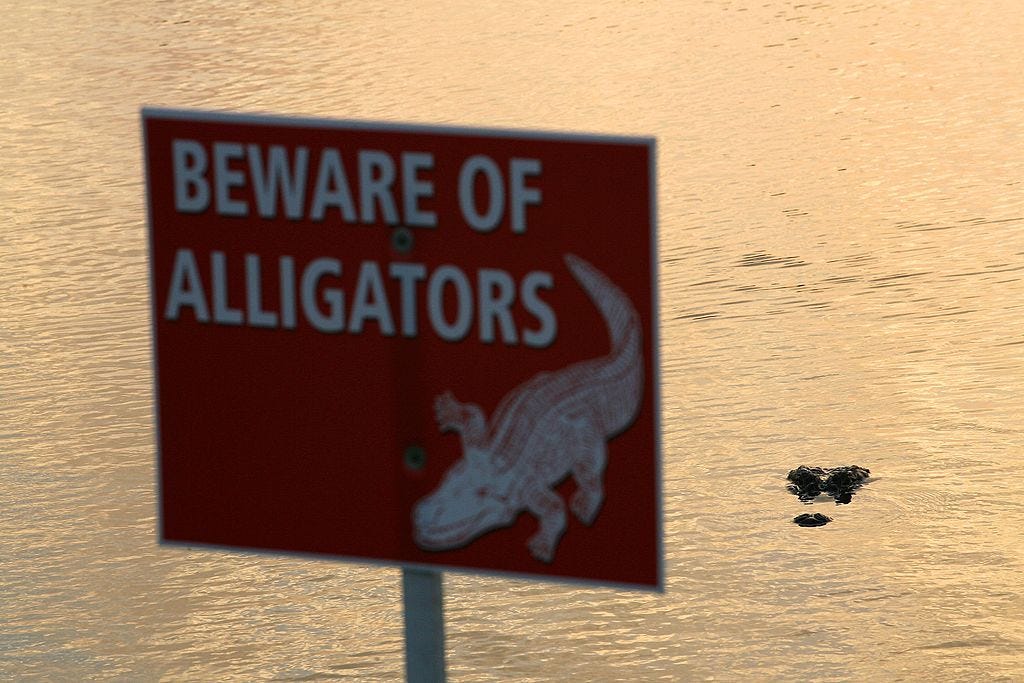 WSVN – The search is on for three Florida International University students that went missing in the Everglades overnight.

Initial reports came in from the White Water Bay at Everglades National Park, around 10:51 p.m., Wednesday.

Coast Guard officials said they were waiting for the sun to come up before they began the search.

According to authorities, the three college students were out collecting water samples on a 21-foot vessel.

Two of the students are foreign exchanged students, one is an American.

This is the fucking alligators again isn’t it. Gotta be. Has gator fingerprints all over it. Seriously have the gators officially declared war? Is that’s what going on here? The fuck did we ever do to them?

I mean look at what they’ve been doing just the past few weeks.

The 2 year old snatched off the Disney shoreline and dragged to his death. 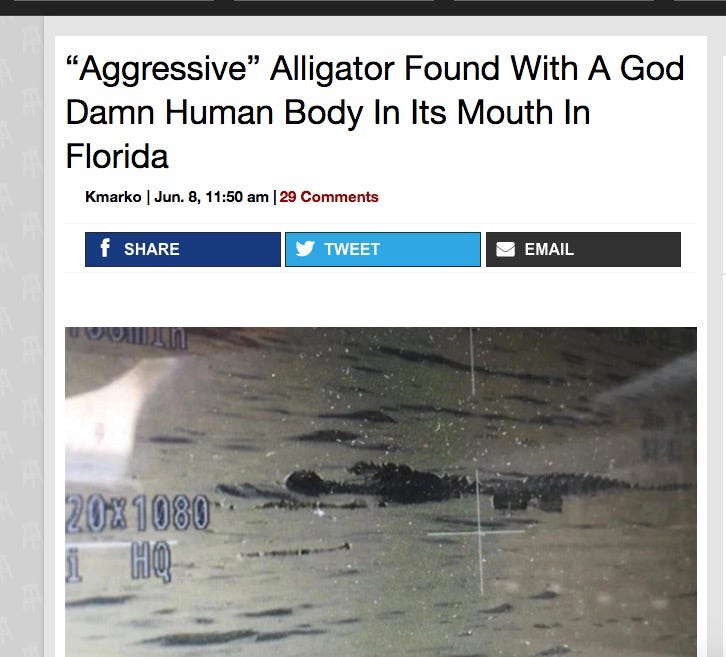 The King of the Gators hunting golf courses.

When does it stop? It doesn’t, unless Obama sacks up and actually does something about it. Cut Florida off the map Bugs Bunny style and stop these tragedies from happening.

Update: the 3 have been found, thank God. I wasn’t ready for an alligator war.