The video, released Tuesday by the King County Prosecuting Attorney’s Office, includes the so-called “three-minute video,” which shows a man identified by police as Aaron Ybarra shoot a student before being wrestled to the floor by another student in Otto Miller Hall.

One student was killed and two others were injured in the June 5, 2014 attack.

How badass was that? The Seattle Times finally releasing this video after a 2 year legal battle (critics don’t want to inspire copycat crimes or give any other psychos information on how to pull this off), and it turns out the hero who took down the shooter and saved so many lives was even more awesome than we thought. Barefoot and armed with nothing but a tiny ass can of pepper spray, running straight up to an active shooter reloading the gun he had already murdered someone with, and taking his ass down. Not only that, but snatching his gun, going to hide it, then coming back and pinning his ass down while he was going for a knife. A modern day college Rambo.

The videos, which were released after a lengthy court fight, add a new dimension to incidents already described by police and others.

The Seattle Times is releasing only a small scene from the video that shows the extraordinary, lifesaving actions of student-safety monitor Jon Meis. The Times is not releasing any images that show the shooting or victims.

Seconds after Ybarra allegedly shot and seriously wounded a young woman inside Otto Miller Hall, Meis comes around a corner armed with a small can of pepper spray. As the gunman breaks open his double-barreled shotgun to reload, Meis sprays him in the eyes and tackles him, pulling the shotgun out of his hands.

Meis is seen running with the shotgun around a corner, and coming back into the foyer unarmed just as Ybarra is fumbling with what authorities later say is a hunting knife. Meis grabs Ybarra and holds on until a security guard comes and kicks the knife out of reach. 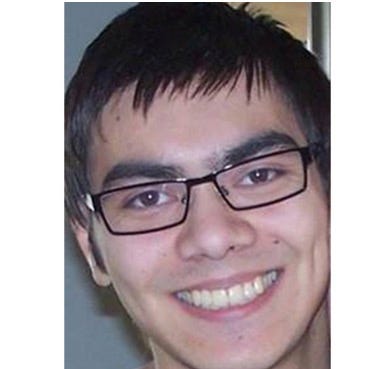 Feel like you spend 99.9% of your life getting made fun of for being a “student safety monitor,” but you can bet nobody was giving Jon Meis shit the day he literally saved everyone’s life. If every school had a guy like Jon Meis we’d be a hell of a lot better off against these scumbag maniacs.