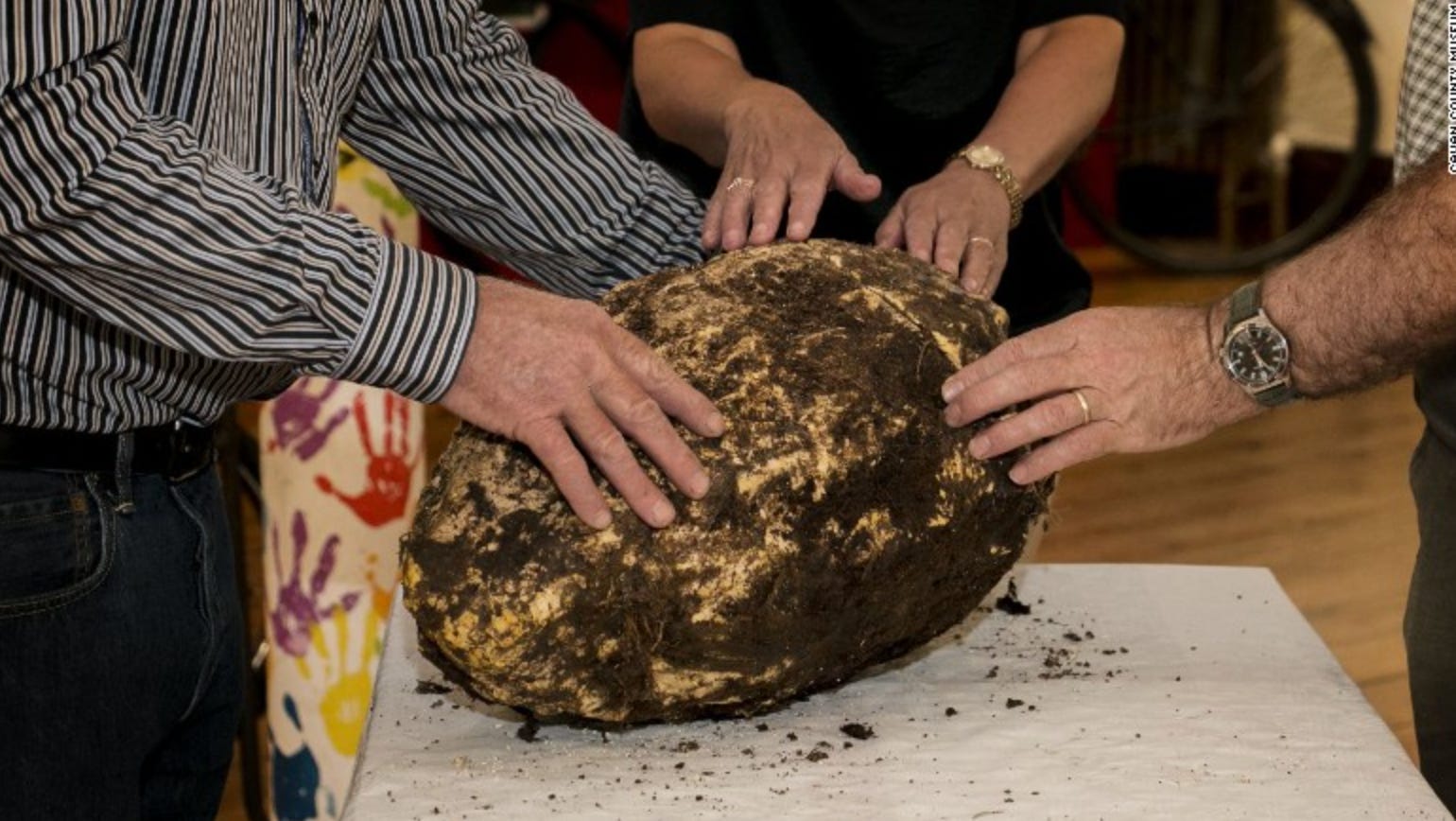 CNN- Turf cutter Jack Conaway was cutting peat for fuel in the Emlagh bog when he made a surprising and smelly discovery. Buried 12 feet under, Conaway found a massive 22 pound (10 kilogram) chunk of butter estimated to be 2,000 years old. Oddly enough, such encounters are not unusual. Hundreds of lumps of bog butter have been found in Ireland and Scotland, dating back over thousands of years, according a study published in The Journal of Irish Archaeology. In 2013, a fellow turf cutter in County Offaly found a massive container holding 100 pounds (45 kilograms) of bog butter believed to be 5,000 years old. The Cavan County Museum says in medieval times, butter was a luxury product that was used to pay taxes and rents.

I’m not sure what’s weirder about this story. The fact that people found a HUGE hunk of butter underground that’s 2,000 years old or that they were like, “Oh a huge hunk of butter in the ground that’s 2,000 years old? That happens all the time. Not a big deal at all.” Apparently butter was a form of currency in the old days. You could pay rent with it, you could pay taxes with it, you could pay hookers with it cause it was considered a luxury item. Which I totally get. Butter is fucking delicious. I put butter on everything I can. How gross is toast with nothing on it? Super gross but slap a bunch of butter on it and you’ve got a delicious breakfast. It’s borderline magic. Butter makes everything like 32% better. I do have a question for the scientists of the world though, how come a human body decomposes after like a week underground and a hunk of butter can make it 2,000 years and be totally in tact? That pisses me off.