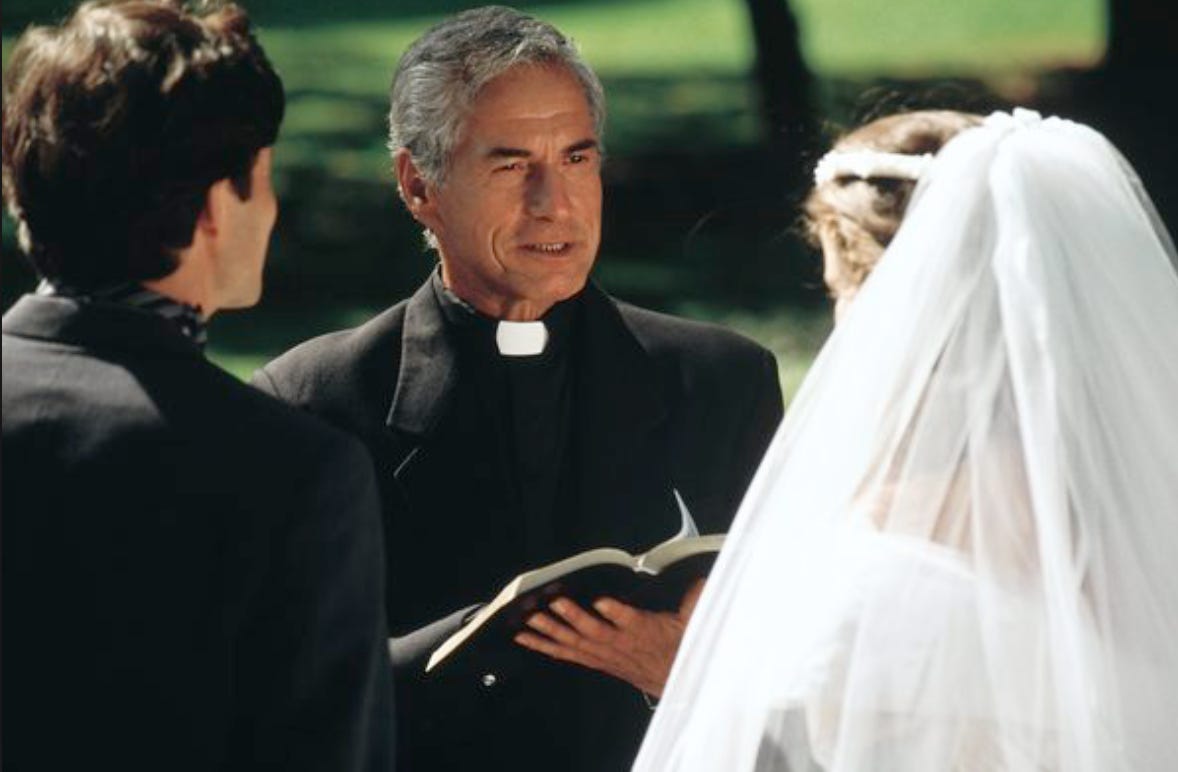 ABC News- The best man slapped the groom on the back, which is an old Cypriot wedding custom. The priest punching the best man would be an innovation. But Cyprus police said Monday they are investigating an allegation that this happened at a wedding over the weekend. Police say the victim —the groom’s 22-year-old brother — was taken to a hospital but wasn’t seriously hurt and that his family filed a complaint. A family member — speaking on condition of anonymity because the investigation is continuing — said the priest had initially gestured with a raised hand for the slapping to cease, then punched the brother in the chest and face when the warning went unheeded. The family member told The Associated Press that the wedding unraveled during the ceremony’s Dance of Isaiah, when the priest, holding the Gospel, led the couple around the altar three times. With the backslapping continuing, the irate priest put the gospel down and unleased on the brother.

I came away from that story liking the priest more than anybody else involved. In all honesty, priests were probably due to stand up to a jackass best man at a wedding. Think about how many hungover best men a priest has to deal with in a given year or lifetime. The best man is there as somewhat comic relief to the two stressed out people who are about to vow that they will never stick their sex parts in another person as long as they live. So the best man cracks jokes and makes light of the situation despite it’s seriousness. That shit has to be exhausting for a priest. So much so that they might wanna deck somebody. I was the best man at my friend’s wedding and it’s a miracle I didn’t get punched in the face by the priest. I was hungover as fuck, making inappropriate Jesus jokes and almost died from heat exhaustion cause the church didn’t have AC. I’m glad this fella took it on the chin for the rest of us. Better him than me.

PS- I’d never heard of this back-slapping ritual they reference in the article. What if the groom has a sun burn? That’ll make you wanna punch some one in the face.