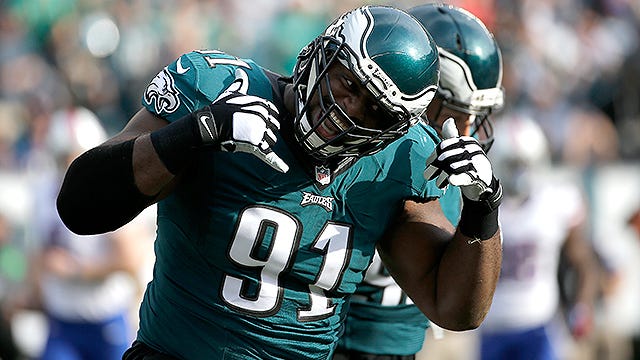 BEAST. DIGGIDY. Let’s be real here. Fletcher Cox is from rural as rural gets in Yazoo City, Mississippi (I’d hammer the Rebel Yell is used as a mating call in those parts). I’m never one to tell people what to do with their money, but this dude doesn’t spend on anything other than his family and a little huntin’. $63 million might as well be a trillion and one dollars to Fletcher Cox. But I’m very happy Fletcher Cox is getting PAID. Not only is he deserving of the money from a football standpoint, but as a human in general, too. Look at this video of Cox and his family. If you’re not Team Cox after that one then you simply don’t have a soul.

Now somebody please congratulate/ball tug the man on my behalf. Seriously, Fletch, why am I still blocked, Fletch? 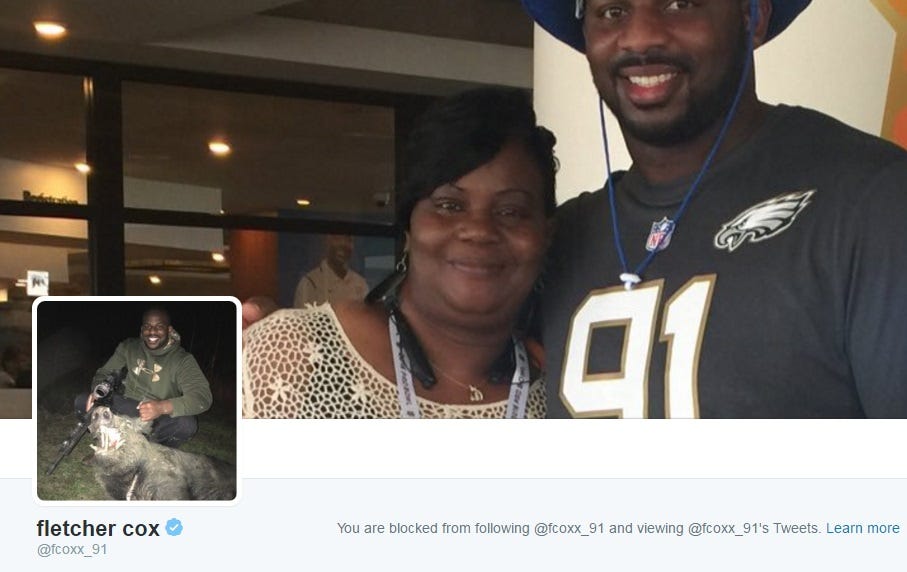 Never said a single peep other than overwhelming praise his way and all I get in return is a Cox to the face. Oh well. Whatever keeps the big dog eating then I’m fine with him ignoring my existence. Reggie 2.0.