Whenever a tragedy like this strikes or theres major controversial news usually 2 things happen:

1) The media seems to glorify the shooter with extensive coverage. Pictures and mugshots and mentioning his name over and over and over and giving them the exact reaction they wanted when they set out to commit this heinous act.

2) There’s usually a “TOTAL EVISCERATION!” by guys like Jon Stewart or John Oliver or someone involved with the Daily Show. A “COMPLETE TAKEDOWN!” where they “SHRED” everyone for everything.

Well its nice to see John Oliver go with a different approach on this one. No dramatics. No politics. No gun control argument. No real mention of the terrorist. Just praising the victims for the life of freedom and fun that they lived, and showing the local community rallying around each other and coming together to do whatever they can to help. Showing everyone that Americans can always unite and stand up during tough times like this. The worst part about terrorism is that theres no answer. No fix. They just dont stop. But that line of people down the block and around the corner ready to donate blood and help is a reminder that we dont stop either. Unfortunately attacks like this will continue but they arent ever going to win because of reactions like this. Its not that donating blood is going to stop terrorism or bring back those 50 people, but its the indomitable spirit that is shown in the face of senseless death from those pricks. Of course there needs to be action thats taken and warm and fuzzy moments like that arent really answers. But videos like that one and blogs like Caleb’s yesterday and the t shirts we’re selling now are a nice change of pace from the way we often react to these tragedies, and they’re an inspiration to live life the right way.

Buy a shirt, help the cause. Show the terrorists that they’ll never win. 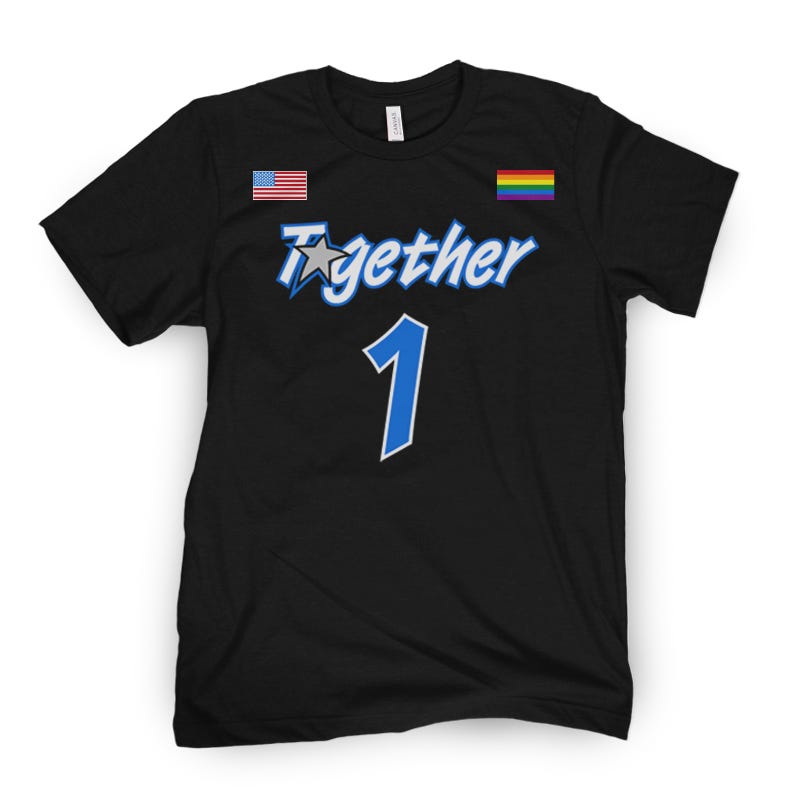