CBS – In the seventh inning Sunday, Hurricanes third baseman and nine-hole hitting Edgar Michelangeli cracked a grand slam to give Miami a 9-3 lead. They went on to win the game 9-4 to advance to the College World Series.

Michelangeli didn’t just hit a grand slam though. He hit the grand slam, admired it, flipped his bat, and talked trash to the catcher while rounded the bases.

Tempers flared as Michelangeli rounded first base and began his trot around the bases–but Michelangeli said he couldn’t hold back his excitement, especially after seeing Shepard admire his own shot the inning before.

“I mean, there was no hard feelings with (the bat flip),” Michelangeli said. “When they did it, we didn’t get angry or anything. And then obviously I got excited and all that stuff, and I found an opportunity to do the same thing, and I did it. But it wasn’t anything–it wasn’t anything, no hard feelings, nothing. It was just excitement, just caught up in the moment.”

Dammmmnnnn Edgar – back at it again with the bat flips.

This one inciting a minor riot on the field. Classic baseball fight with a lot of pushing and shoving unfortunately – not sure how that catcher didn’t land a haymaker on somebody’s face after that display at the end of the home run trot. Perfectly justified to land a Rougned Odor on somebody’s cheekbone.

Talk about foreshadowing on that clip. 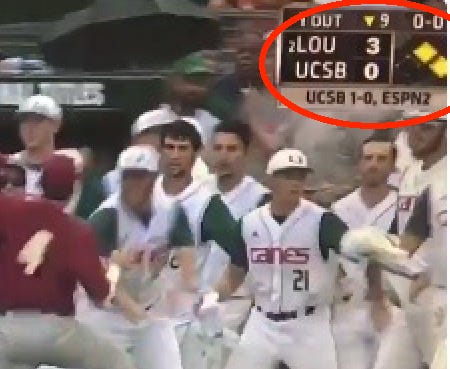