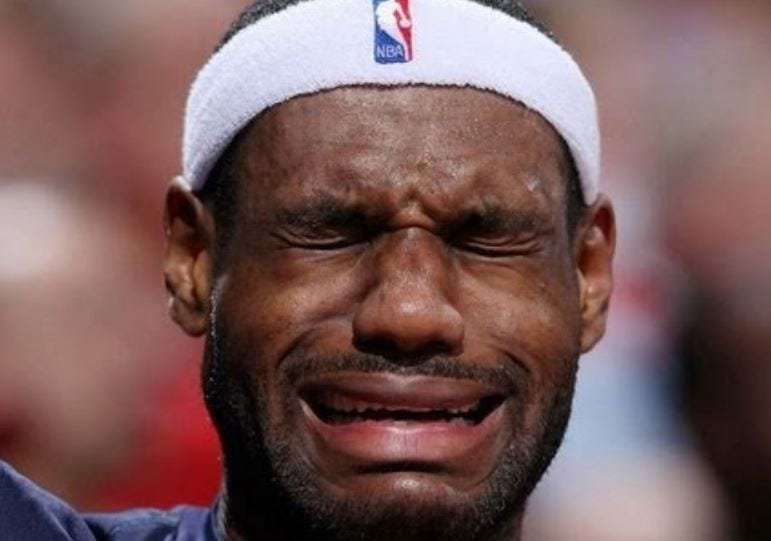 ESPN – “I don’t know what should happen. It’s not my call. That’s the league office. They’ll take a look at it,” James said. “We all saw it in the locker room. You know, like I said, as a competitor, I love going against Draymond, and I’m all about going out there and leaving it out on the floor. But when it gets a little bit more than what it should be, that’s what caused me to have words with him.” James was angered by what Green said to him during the incident. Green declined to comment on what he said, saying he would not repeat it. A source told ESPN’s Dave McMenamin that Green upset James by calling him a “bitch.” “Draymond just said something that I don’t agree with. I’m all cool with the competition. I’m all fine with that, but some of the words that came out of his mouth were a little bit overboard,” James said. “Being a guy with pride, a guy with three kids and a family, things of that nature, some things just go overboard, and that’s where he took it, and that was it.”

What’s the fastest way to prove you’re a bitch?  Complaining that in BASKETBALL an opponent called you a bitch.   I mean really Bron Bron?  This isn’t exactly KG level trash talk.   He called you a bitch because you are a bitch and then you cried about it like a bitch proving that you are in fact a legit bitch.  And oh by the way you instigated the entire incident by trying to step over Draymond and then when he got in your face about it you ran like a little bitch.    Now you’re 2-5 in the Finals bitch.

Oh and in more Bron Bron being a baby news…

“He never gets calls,” Lue said. “I mean, he attacks. Outside of Russell Westbrook, he’s one of the guys that attacks the paint every single play. And he doesn’t get a fair whistle all the time because of his strength and because of his power and guys bounce off of him. But those are still fouls, and we weren’t able to get them. But we’ve got to play through officiating.”

“It’s been like that all year for the most part,” James said. “I’m not quite sure what I can do personally to get to the free throw line, but I’ve got to continue to be aggressive for our team. I’m getting hit, but the refs are not seeing it that way, on my drives. … You know, it’s tough playing 46 minutes and only going to the line four times, as much as I attack the rim. So it’s just a tough situation for our team.”