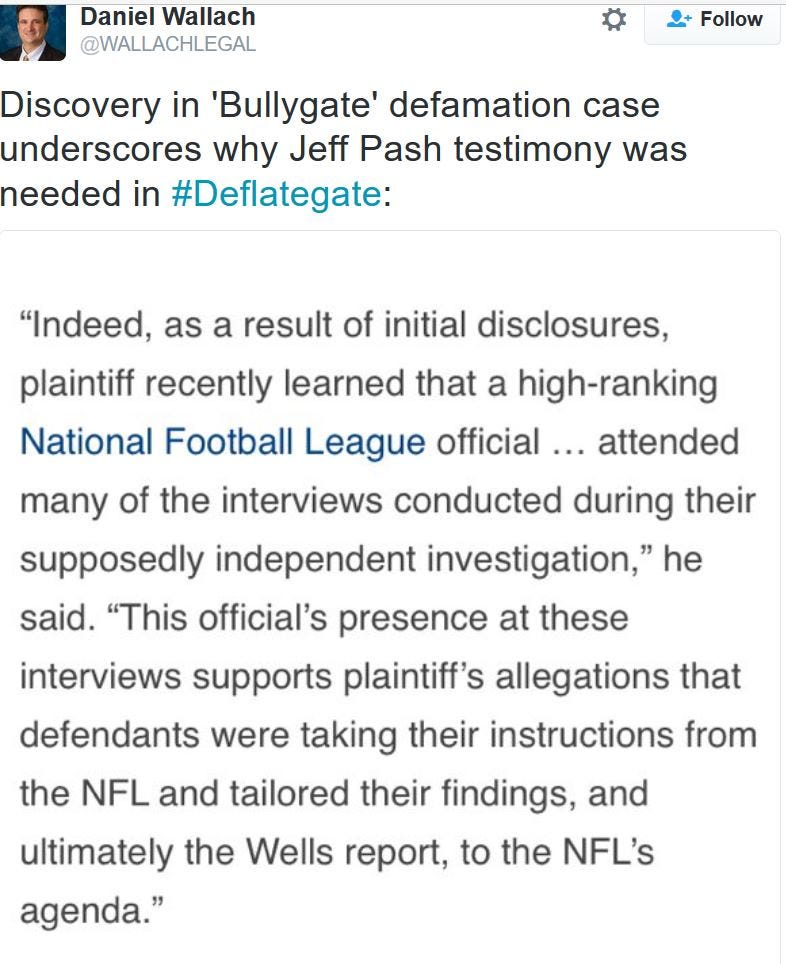 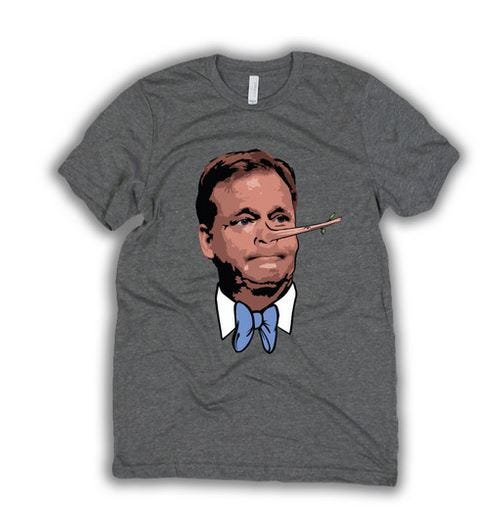 In any other court case in the world this is huge news. Like clear evidence that the NFL is corrupt. That they are liars. That there is no such thing as independent investigations with them. That they consistently pay Ted Wells just to confirm whatever predetermined results they are looking for. That when Mike Kensil told the Patriots “they were in big trouble” on the sidelines of the AFC title game without even knowing what “the ideal gas law” was Tom Brady had already been convicted.

It should be big news. Unfortunately, we are in uncharted waters. The rules of society and the United States of America don’t apply to Roger Goodell. Sure Goodell publicly insists Deflategate was an independent investigation, but in court he admits it was a sham. He says it didn’t have to be independent. It doesn’t matter if he treats Tom Brady fairly or not. That he can do whatever he wants. If he wanted to kick Tom Brady out of the league because he didn’t like his haircut he could do it and there is nothing anybody can do to stop him. That’s the NFL’s legal argument. So sure this seems like it sure torpedo the NFL’s case against Brady, but if facts and reality had anything to do with this Deflategate would have been over years ago and Roger Goodell would be behind bars.