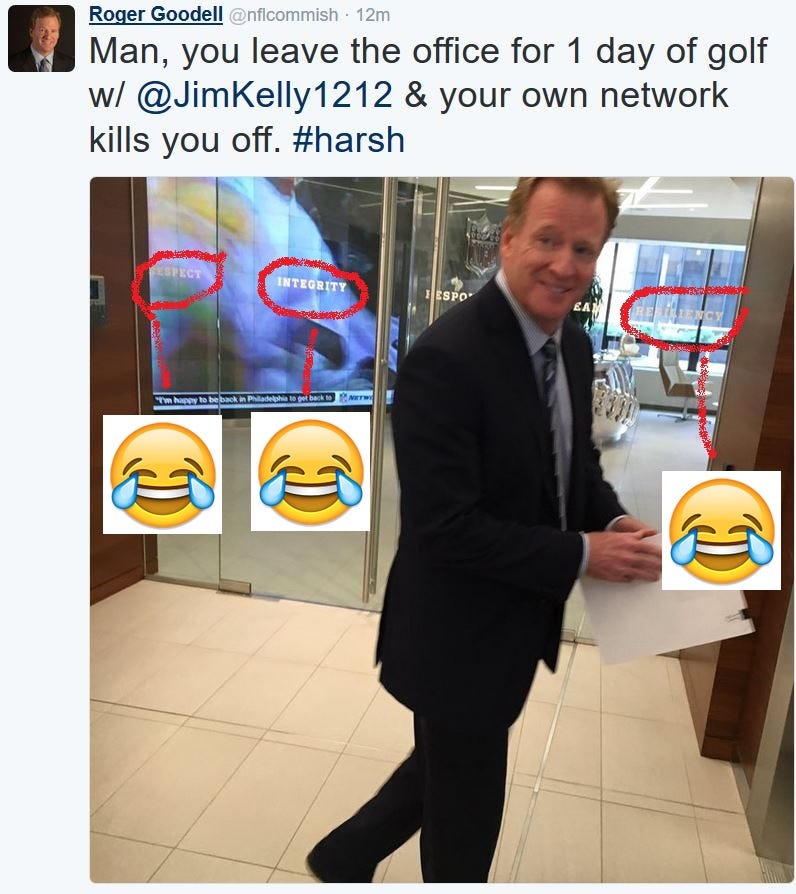 Classic NFL. They trot out that picture of Roger Goodell smiling and joking in front of signs with integrity and honesty acting like they don’t have a care in the world. Meanwhile it’s a code red situation. People are being waterboarded as we speak. The guy who gave Goodell the bird got fired. (probably) It’s Nazi Germany over there and everything is on hold till they find the guy who publicly embarrassed the commissioner. How many millions do you think they spend on this investigation? Meanwhile they never lifted a finger trying to obtain the tape of when Ray Rice knocked out his fiancé.  Respect, Integrity, blah, blah, blah.