And just to make sure it’s not some sort of algorithmic Google search that only this guy is seeing: 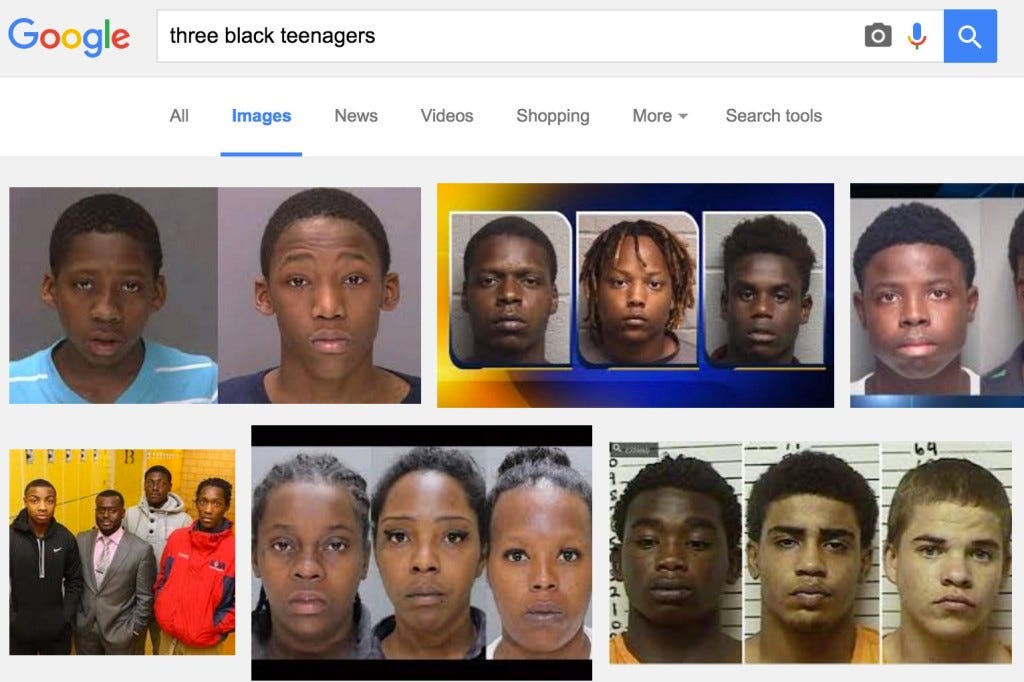 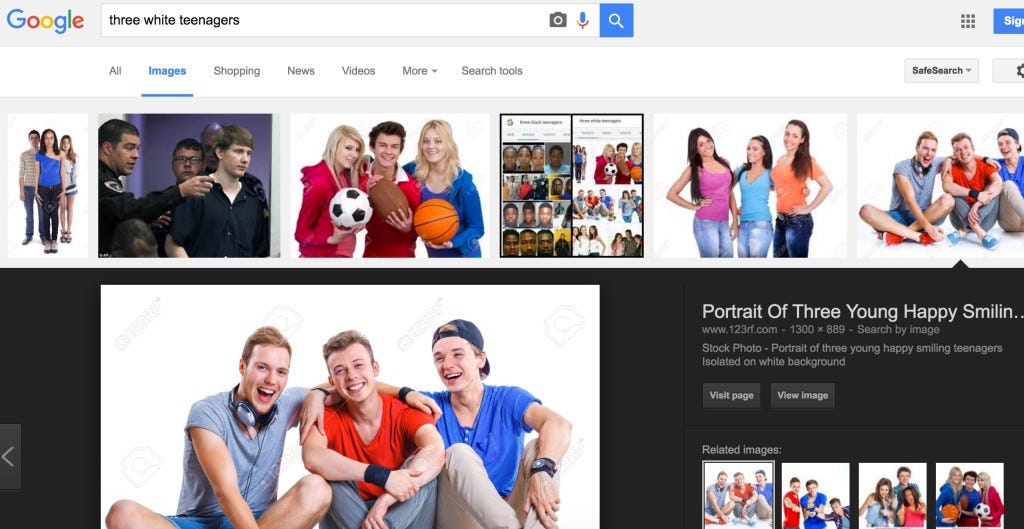 Okay I’m sorry but those three dudes in the white teenagers pic slay me, that’s the most pressing item for me here. Stock photos, you’ve done it again. But anyway this tweet is going viral as if it’s an illustration of ingrained racism or even worse that Google is somehow manipulating media to oppress people. But in reality what you’re seeing is the magic of search engine optimization. In fact, as more and more articles pop up about it and create more results on Google, you can actually see the “three white teenagers” Google Image search start to get infiltrated by websites SEOing the fuck out of that phrase because it’s going viral literally as I’m writing this blog: 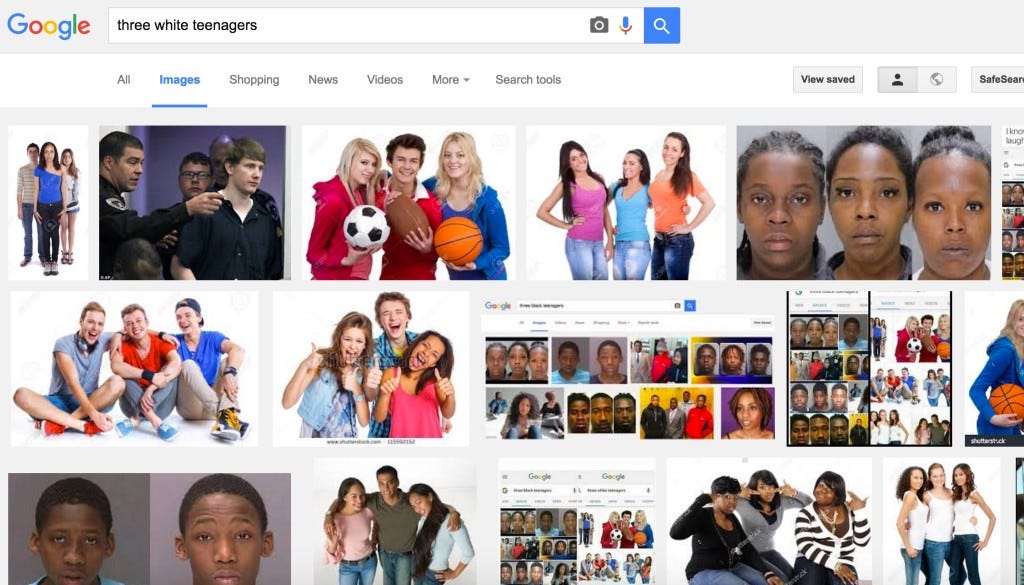 Because a lot of news sites have had to cover crimes involving “three black teenagers,” you guessed it, a lot of photos have popped up of black teenagers and their mugshots. Is that sort of an ugly reality of media coverage and crime statistics? For sure. But for this to be going viral as some sort of “WOE IS ME THE WORLD IS AN INEQUITABLE PLACE EVEN DOWN TO OUR INNOCENT IMAGE SEARCHES” rallying cry is just inaccurate. This is more like Google getting drunk and breaking out an old Dave Chappelle bit at a party; technically it’s not politically correct these days but it’s not their fault the world’s ability to get offended grows by the month.

Also I’m glad the dude blowing up for this Twitter video is making the most of his opportunity: 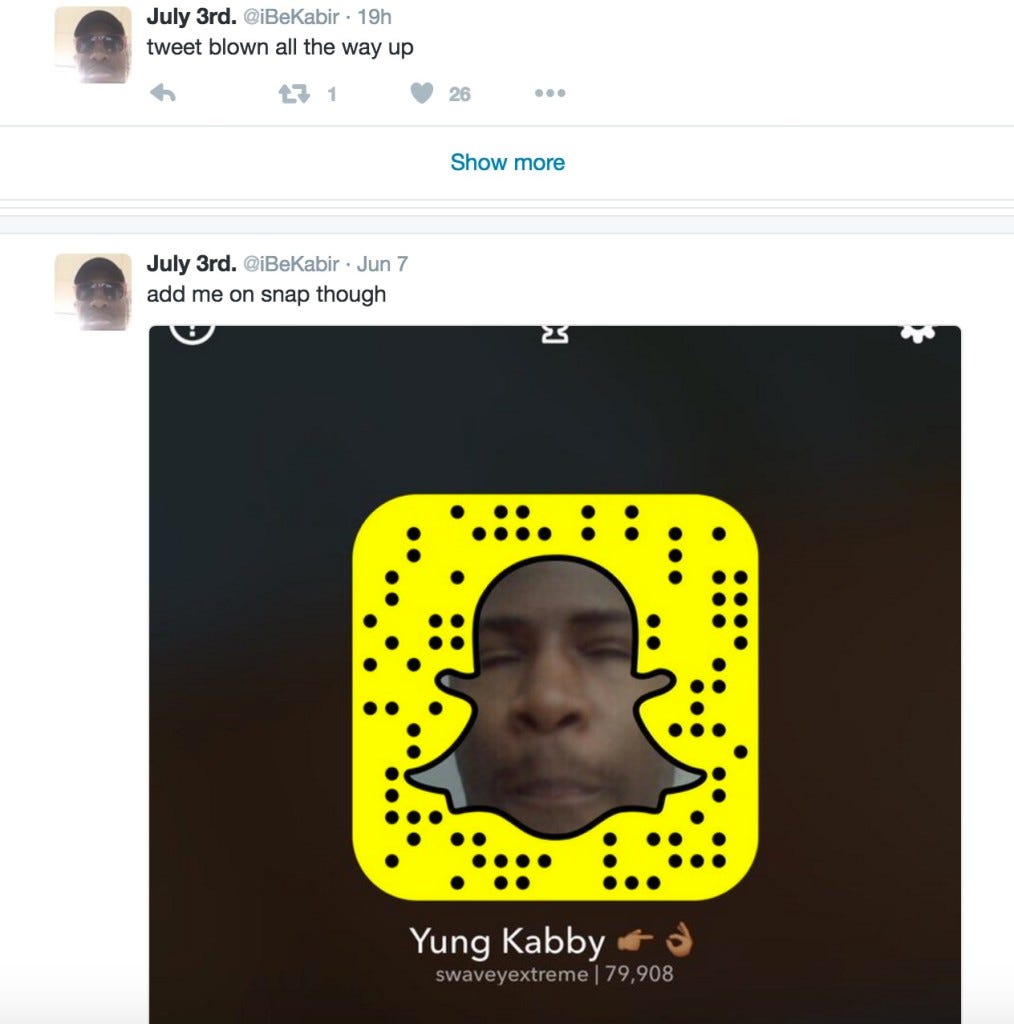 Kinda bummed it’s not a mixtape but it’d be greedy to expect even more stereotyping in one blog.