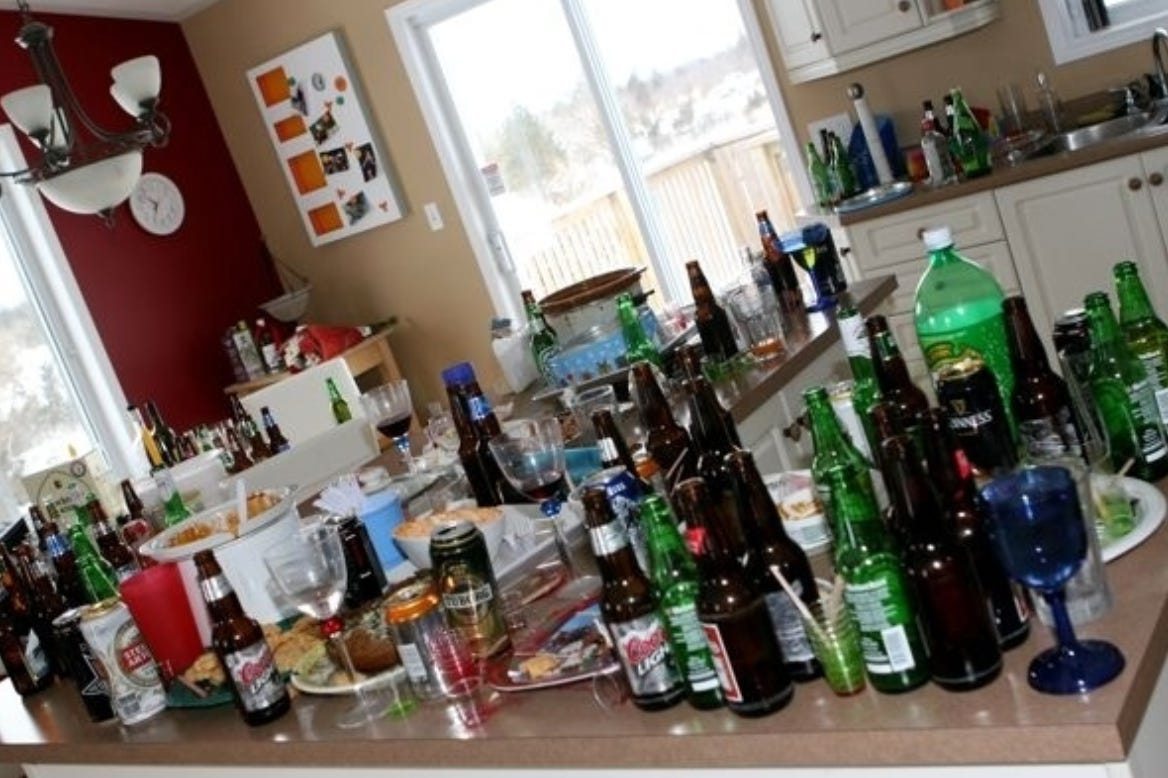 The Guardian- A New Zealand maid service cleaning up the homes of hungover party-goers has been inundated with requests for their services, from home and abroad. Flatmates Rebecca Foley and Catherine Ashurst launched their cleaning service – Morning-After Maids – in Auckland a month ago. The service picks up the pieces from parties “the morning after” – cleaning up revellers’ debris (including vomit at NZ$10), cooking or buying breakfast for hungover hosts – even doing coffee and painkiller runs. Since launching on Facebook in early May, Foley and Ashurst have been fielding requests from around the country, as well as calls from people in the US and Canada interested in franchising the startup.

Billion dollar idea. Maybe a trillion dollar idea. I’m a longtime supporter of the idea that there’s no such thing as a hangover cure. It’s not just an idea actually. It’s the truth. No real hangover cure exists. Everything you do the next day to not feel like garbage after drinking enough booze to kill a baby rhino is merely a distraction from the pain that will eventually wash over you. It’s not what you want to hear but people rarely want to hear the truth. There is only one true cure for a hangover and it’s the passage of time. Eventually enough time passes and you finally feel normal again. It can happen in 8 hours or a day or 3 days depending on where you’re at in your hangover career. Well I thought that was the only true cure to a hangover until this idea here. A maid service that comes over after you have a party and cleans your house or apartment. Maybe this doesn’t completely cure your hangover but it for sure helps.

There’s nothing worse than walking out of your bedroom the morning after a party and seeing a sea of empty beer bottles, chew spit bottles, liquor bottles, tobacco guts and the smell of cigarette smoke. It’s the last thing you wanna deal with when you have a pounding headache and a fear of looking at your phone to see what kind of texts you sent out the night before. Now, imagine waking up to a pristinely clean apartment instead of all that. A eat-of-your-living-room-floor type of clean. They even go on coffee runs for their clients! It’s genius. I can’t think of a number too high that I wouldn’t pay these ladies to scrub my apartment clean of the garbage and shame from the night before. Name your price, ladies. I’ll pay. I would be willing to bet that the ladies who started this business are gonna be on the cover of Forbes magazine at some point in the future. Just an A+idea.