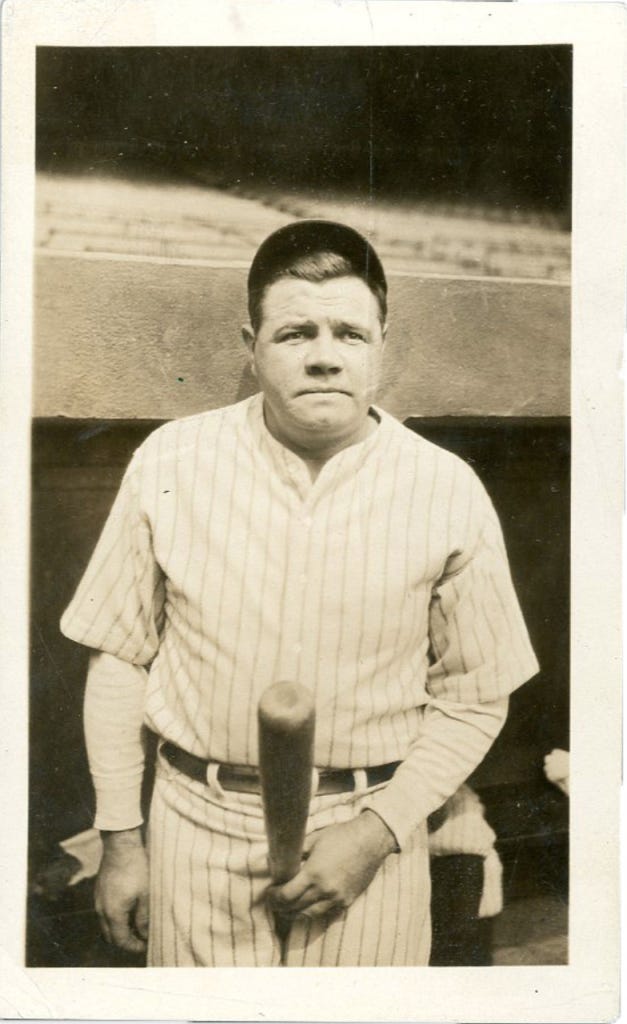 Babe Ruth is the OG savage. From hitting 714 home runs, a major league record that stood for 39 years, to out-homering entire baseball teams, to leading the league in home runs 12 different times, to winning seven World Series titles, and even winning an ERA title, there’s a reason why Babe Ruth is a mythical — almost godlike — figure in baseball history.

From Robert Weintraub’s book The House That Ruth Built, it’s pretty clear Babe enjoyed his time in Boston. Within months of moving to the city he married a young waitress by the name of Helen Woodford. But when he was traded to the New York Yankees, all hell broke loose (in his bed). His wife and he separated thanks to Ruth’s nonstop cheating. According to Weintraub, “[Ruth] generally preferred prostitutes, because he had neither the time nor the inclination to court properly.”

Weintraub points out this gem as well: One time, Ruth brought a girl back to the hotel room he shared on the road with a teammate. The next morning, his roommate asked how many times they’d actually gotten it on. “Count the cigars,” said Ruth. There were seven butts.

Ruth talked about his bat (his OTHER bat) constantly, and used it as a measuring stick for just about everything in his life. At one party, he reportedly got on top of a piano and shouted, “OK, girls, anyone who does not want to get fucked now can leave!” Not exactly discreet.

Ruth brushed with death a few times. A woman chased him through a crowded train, brandishing a knife, because he had cheated on her. A man with a gun chased a naked Ruth out of a hotel in Detroit, after Ruth slept with his wife. And in 1925, he missed part of the season with “The Bellyache Heard ’Round The World,” which was almost certainly a combination of poor diet and a TON of syphilis.

One night, he had sex with every single prostitute in a St. Louis brothel. Every. Single. One. That’s what you do when you can’t choose.

The Sultan of Swat and the Tycoon of Twat. There will never be another. And now, you can own a piece of history, with Babe Ruth’s legendary “Bat Penis” original photo now up for auction. At the time of me writing this, the current bid sits at $1,948.72, but I’d imagine the case that I’ve put together for you here today should have the highest bid up over 10 G’s by the end of the night. Happy bidding.