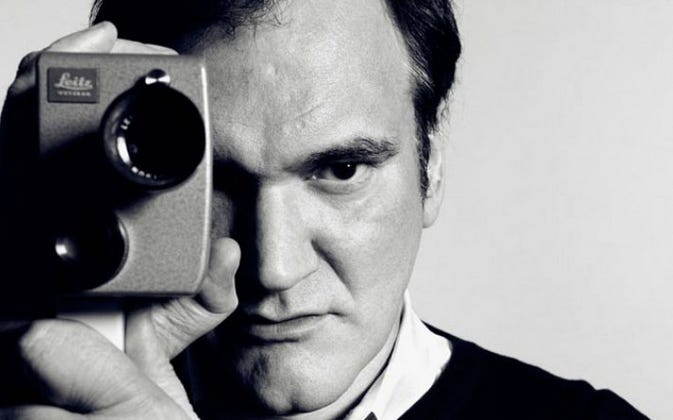 (WomenInHollywood) – Consider this your daily dose of “Are you fucking kidding me?!” At the end of last week, a Los Angeles-based agency put up a casting call on Facebook for a new Quentin Tarantino project. The casting call reads: “Casting Whores for Quentin Tarantino project. Caucasian, non-union females, ages 18–35. Western film shoots June 21st-25th in Los Angeles. No highlights, natural eyebrows, natural breasts, natural hair color to be true to the period. Dress sizes 2–8. Please send photo, including sizes.”

(NYMag) –Your daily reminder that Hollywood is a terrible place to work: An L.A.-based casting agency recently published a bulletin to Facebook seeking “whores” for an upcoming film being produced by Quentin Tarantino. “Casting Whores for Quentin Tarantino project,” the since-removed notice read. “Caucasian, non-union females, ages 18–35. Western film shoots June 21st-25th in Los Angeles. No highlights, natural eyebrows, natural breasts, natural hair color to be true to the period. Dress sizes 2–8. Please send photo, including sizes.” Clarifying the language with the blog Women in Hollywood, who found the ad, the agency said that the word whores was pulled directly from the script, and that the film is written and directed by a woman. Still, it’s not a great look. “Putting a casting call out for, or including women in your script with the description of “whores,” is not ok,” wrote Women in Hollywood. “Nor is asking actresses to submit their photos and information for consideration with the subject line ‘Whore.’ Aside from the fact that there are better words to use if one is looking to cast women who work in the sex industry, this description is actually a typical example of Hollywood sexism, particularly as it pertains to roles for women.”

What planet am I on right now? You can’t ask for actresses to play whores in a movie anymore because that’s sexist? Whores are a thing that exist. Sometimes in movies, people are asked to play slightly less than reputable characters. I know, I know, it was shocking to me too. Are casting director’s supposed to dress up the phrase and make it less than offensive? “Quentin Tarantino is looking for actresses who can portray flirty women who have low standards and occasionally have intercourse for money,” is that a description that wouldn’t get people fired up? The guy’s not asking for chicks to come to his casting couch and fuck for money, he’s asking for actresses to play something that they’re not. I thought that was the point of acting? I don’t recall uproar over casting calls for slaves when he was shooting Django Unchained, right? Because when you make a movie you need actors to act. I honestly feel like I must be missing the point here because there’s just no way “a movie producer needs women to play make believe” can be my daily dose of “are you fucking kidding me?!”