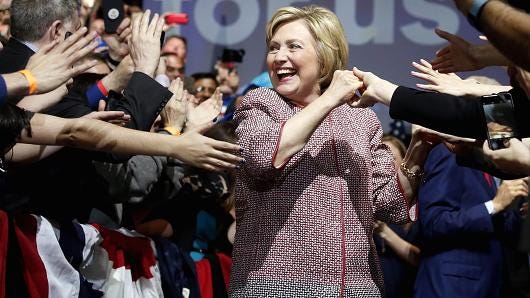 The Independent — Hilary Clinton has come under fire for giving a speech about inequality in a Giorgio Armani jacket reportedly worth $12,495.
It has emerged the presumptive Democratic presidential nominee wore the tweed jacket during her victory speech in April in which she explored topics of income inequality, job creation and retirement schemes. Clinton, who is known for her pantsuit collection, has hired a team of image experts which includes Michelle Obama’s former assistant Kristina Schake and has opted for higher end European fashion labels in recent months.“She’s had to have spent in the six figures on this wardrobe overhaul,” Los Angeles-based political image consultant Patsy Cisneros told The New York Post.

You would think someone would say: “Hey, Hillary, maybe don’t give this speech on inequality wearing a $12k jacket” https://t.co/pTGFlW6BdD

CNBC — Clinton, who was well-known for her vast pantsuit collection, has upgraded her wardrobe during her most recent bid for president to appear more relatable, according to the New York Post.

Don’t mind this one bit. Not at all. In fact, as a huge fan of capitalism, I kinda love it. I don’t want my president wearing some poor people shit. I don’t want my president shopping the same “buy one get 2 free” department store sections I’m shopping. I want a savage leader that’s dominated the system so well that she has to wear $12,000 jackets to appear relatable to $12,000/year workers.

I get it, people are going to bitch, “ohh how can she speak against income inequality while wearing a $12K suit!?” Ummm because she worked her dick off, she connived, she took out knees and clawed eyeballs to reach a position of such power, such influence that Wall Street paid her six figures to chat for a few minutes. Because while you were sitting on your couch googling Victoria’s Secret models she was lining models (and ugly interns) up to please her husband and orchestrating coverups on those he enjoyed without consent. Because while you were watching The Bachelor and dreaming about true love she was architecting a life with her one true love: power. And when you’re powerful and you’ve earned millions of dollars, you wear whatever fucking jacket you want.

PS – I love that to “appear more relatable,” Hillary spends $100,000 on a new wardrobe and hires a whole image consultant team; meanwhile, the Donald throws on his hat and boom, mission accomplished. 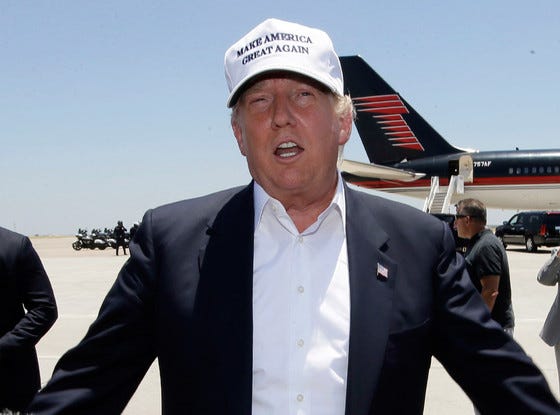