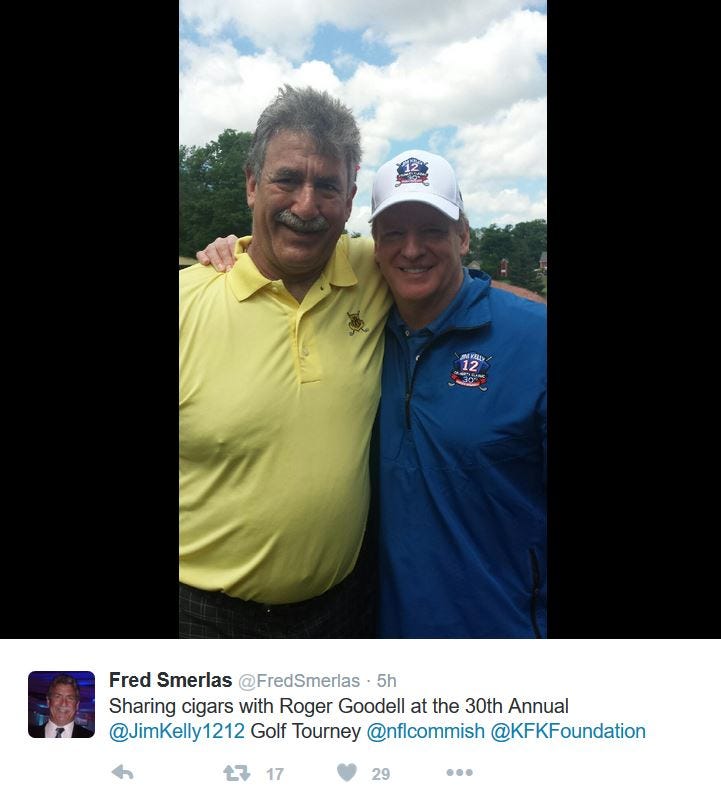 I have no idea if Fred Smerlas is still on WEEI or still does Comcast or NESN anymore.   I know he is a huge Pats guy as well as a Bills guy.  I also know he makes a shit ton of money selling All Pro Tailgating packages to Pats fans.   So just a really strange move for him to cozy up to Roger Goodell here.   He tried to downplay it by saying he was just trying to get Roger to reduce the suspension.  Ok Freddy and I got a closet full of Ball Don’t Lie tshirts I’d like to sell you.

Bro you would have been better off saying nothing.  We are at war.  You don’t go suck Goodell’s dick and expect Pats fans to be cool with it.   You’re either with us or you’re against us.  Cleary Smerlas has made his choice.  Hopefully all Pats fans who are buying tailgate packages remember this moment.