15 years. Damn. We glorify that moment in Philadelphia sports history because at the time is was AMAZING. Iverson and Lue were two warriors battling all night and The Answer stomped his dick down in OT with 7 straight points. It’s easily one of the most memorable NBA moments in recent memory, possibly of all-time. And people forget that that 2000-2001 Lakers team the hottest team in NBA history rolling into the finals. That’s not opinion, that’s a fact. 3 series, 3 sweeps. Shaq was putting on one of the most dominating performances ever seen in sports. Not to mention Kobe was coming into his own with Derek Fischer, Robert Horry, and Rick Fox clutching it up. Only in Philly would one of the greatest players the court has ever seen have his dream season kicked in the nuts by an even more historic team. Still, that step over will live on forever.

But, yeah, that was still the Sixers only win in that finals. And it sucks. Especially when little shit Tyronn Lue can burn the entire fanbase in effigy every damn time the step over is brought up: 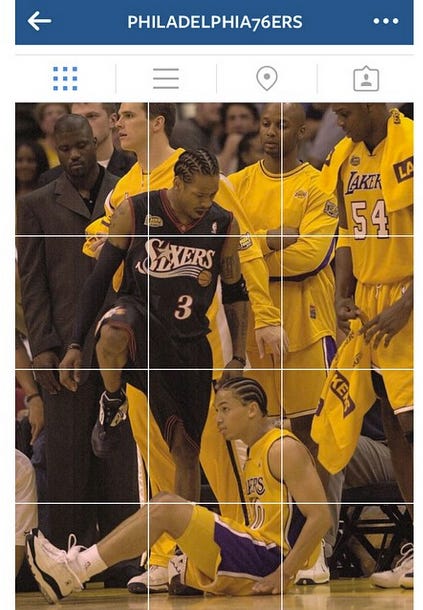