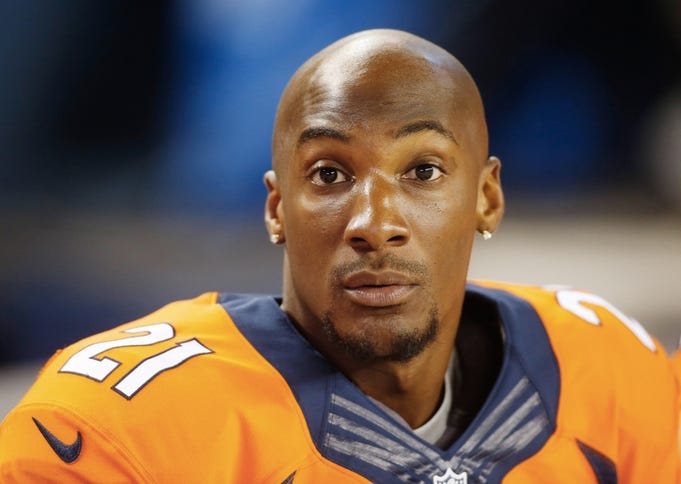 (Source) – Police have released the names of two other men who were shot on Sunday at the Dallas strip club where Broncos cornerback Aqib Talib had a bullet enter and exit his lower leg, according to Mike Klis of 9news.com in Denver. Police have not released the name of the suspect because the suspect remains unknown.As to Talib, there’s a chance that the suspect is well known, to him. Chatter has emerged via online reports and speculation that Talib accidentally shot himself, presumably during the altercation sparked by the other shootings. Indeed, one of the first rumors making the rounds among players after news broke of the incident was that Talib shot himself. As of Sunday, the possibility of a self-shooting was being explored by the Broncos, according to a source with knowledge of the situation.

Seeing as this has turned out to be pretty much a nothing injury, I only have two questions here. One, why the hell would you need a gun on a strip club? Of all the places to not bring a loaded weapon, that seems to be the top one. You’re drinking, you’re paying chicks to grind all over your pockets, it just seems very silly. It’s hard enough making sure your dick doesn’t go off during a lap dance, adding a gun into the equation makes the whole thing extra-stressful.

Second, how ’bout the Broncos mind their own business and keep this shit a secret? Talib’s fine. He got a few stitches and isn’t going to miss any time so there’s no need to go public with this whole “our idiot player most likely shot himself” theory and embarrass the guy. Ever heard of keeping something in house?