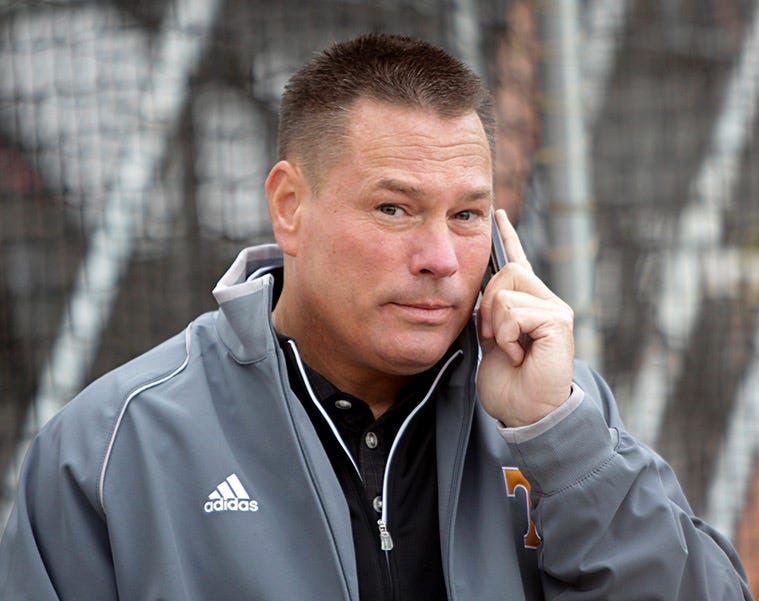 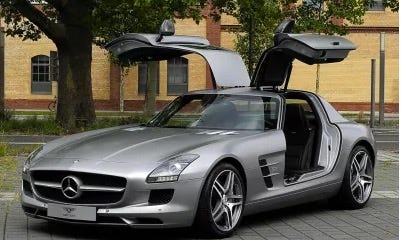 KNOXVILLE, Tenn. — Coach Butch Jones has a souped-up offense at Tennessee, and according to the Knoxville News Sentinel, a sports car to match.

Jones appeared at Mercedes-Benz of Knoxville on Friday, according to News Sentinel reporter Grant Ramey.

“Kids judge you by your car,” Jones told the Knoxville newspaper. “It’s crazy.”

The News Sentinel reported that Jones drives a $221,580 Mercedes-Benz SLS, a car featuring a V-8 engine and gull-wing doors.

Jones said driving the impressive German car is part of building an image at the University of Tennessee.

“It’s crazy, but that’s the world we live in, selling (and) trying to create those impressions,” Jones told the Knoxville News Sentinel. “So that’s very important.”

Jones referenced a feature that the SEC Network did on his particular Mercedes-Benz, which goes from 0-to-60 mph in under four seconds and tops out near 200, according to listed specs.

This is such a no brainer move and statement by Butch Jones that it’s actually refreshing to hear the common sense being said out loud. Um, you seen recruits these days? How many stories have I blogged about them at this point, over a million? These guys don’t decide on a school until somebody sends them a photoshopped cover of their face on a Sports Illustrated. They need to be impressed with thousands of hand written letters, or massive birthday cakes, or slumber parties with the coach, or a big parade down Main Street praising them for being so awesome. The fucking kickers make hype videos when they pick a school. It’s the most entitled, materialistic (and talented) recruiting base ever.

So yeah I’d say a $222K Benz SLS with Batman doors would do the trick with some of them.

And what’s the worst case scenario? It doesn’t work and you don’t sign any recruits. You’re still driving around a fucking 220 thousand dollar Benz.

This is a sweet car, but don’t think I forgot that there’s a dead man driving it. 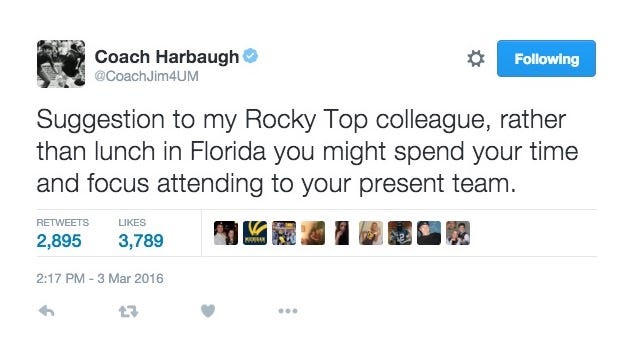 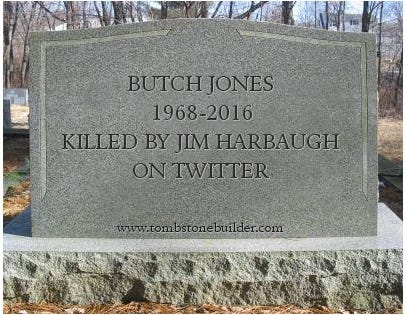