Today was a slightly hard day for me. My best friend deployed to Afghanistan last week and I will be honest, I am scared and I miss her dearly. Coming from an army family I recognize the dangerous sacrifices soldiers make everyday and the anxiety that comes with knowing your loved one is overseas. I thought to myself what does her deployment mean to the country? What does her sacrifices mean to this nation I call home? I thought to myself, What does it mean to wear this uniform and stand in front of our flag? I realize it means much more than just patriotism or love for a single nation. This uniform to me means standing up for LOVE and FREEDOM in a world that lacks it. Considering all the events happening nationally and internationally, I feel most inclined to say God Bless America. I feel most inclined to say "I Am A Proud American". Every Time I put on my uniform I thank God for allowing me another opportunity to represent the greatest nation in the world. We have come along way and have a long way to go. Regardless of our hurdles as a nation and as a people of the United States Of America let us not forget the ones who have made the ultimate sacrifice so we can live each and everyday as a free people in a world that lacks freedom. Let us not forget the families that have suffered. Let us not forget that no country is or ever will be perfect. So in a nation filled with flaws it is our responsibility to perfect it, to fight for it, to sacrifice for it and with our very hands craft it into the best nation in the world with highest level of ethical standards and values. In a world filled with hate we must learn to love and to embrace each and every person to our left and right….. No matter their gender, race or religious beliefs. We must do this not only because it is the right thing to do but because of the soldiers that have died and risked their lives so we can all live as a diverse and equal nation. God Bless America

Here's a short clip from my segment on Good Day DC on @fox5dc yesterday discussing my service in the military and an overview of my preparation for Miss USA!!! Check out the link my bio for the full interview!

(CNN)An Army Reserve officer and IT analyst from the District of Columbia has been crowned Miss USA 2016 after mounting a strong defense of women in combat roles in the military.

Deshauna Barber, a 26-year-old from the nation’s capital, gave the answer during the interview section of the pageant in Las Vegas on Sunday.

When asked by judge Joe Zee whether the Pentagon’s decision to open up all combat roles to women had “put political correctness over our military’s ability to perform,” 1st Lt. Barber responded:

“As a woman in the United States Army, I think it was an amazing job by our government to allow women to integrate into every branch of the military.”

She continued: “We are just as tough as men. As a commander of my unit, I’m powerful, I am dedicated and it is important that we recognize that gender does not limit us in the United States.”

She works full-time as an IT analyst for the U.S. Department of Commerce, it said.

Barber hopes to use her profile as Miss USA to highlight the health issues veterans face when they return from combat, such as post-traumatic stress disorder, her bio said.

An active duty Army officer and full time IT analyst who gave intelligent thoughtful answers to questions and wants to fight for veterans’ health issues…Deshauna Barber ain’t your average Miss USA. Joining at 17, doing ROTC in college after her dad spent 24 years in Special Forces. 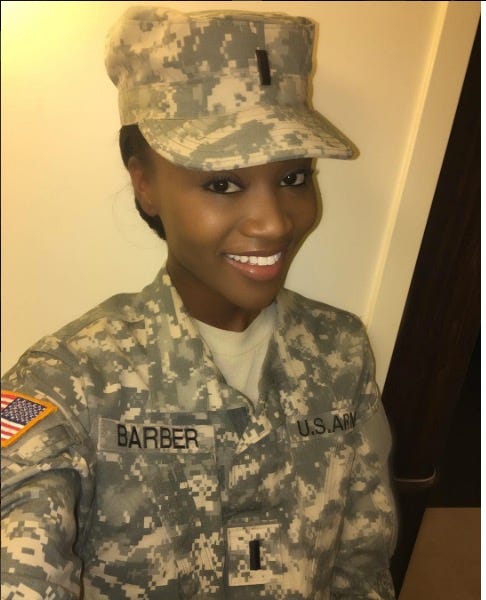 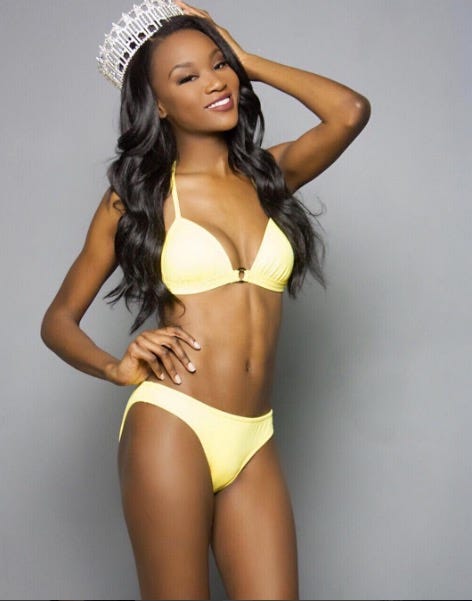 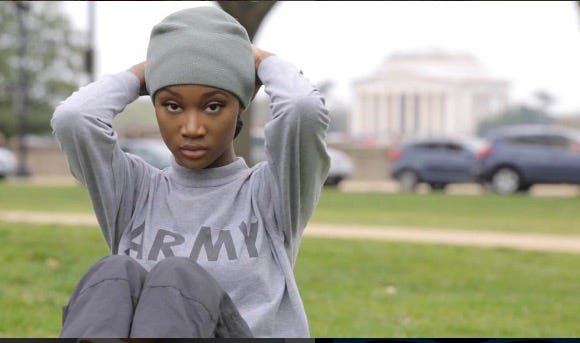 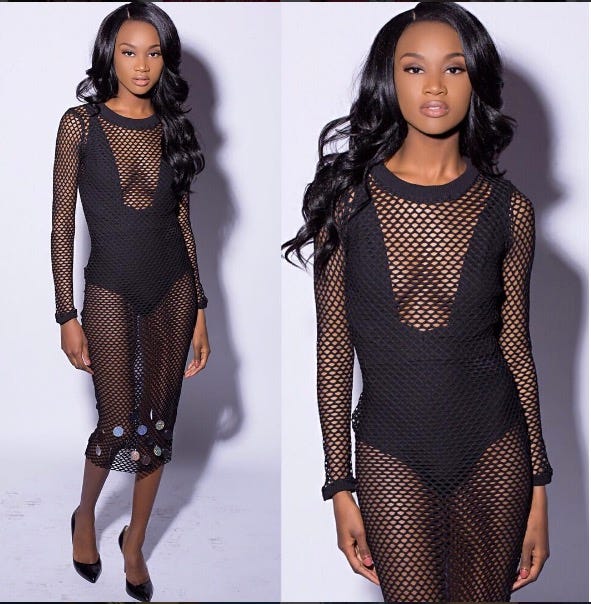 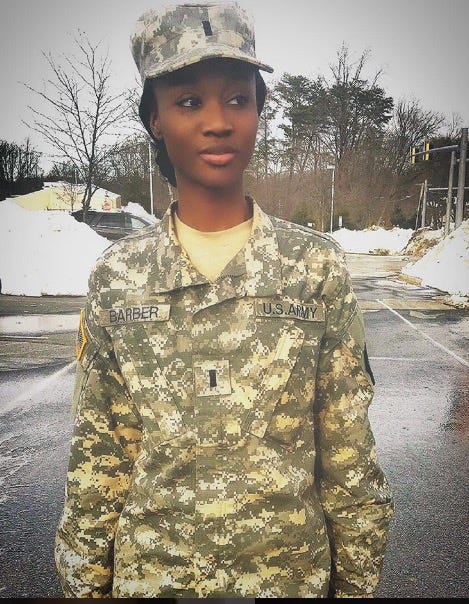 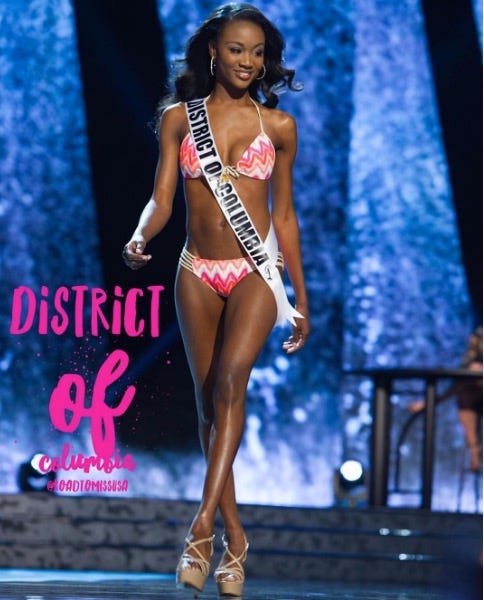 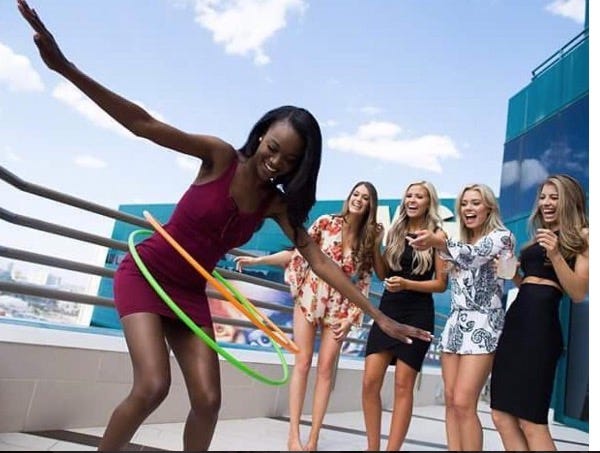 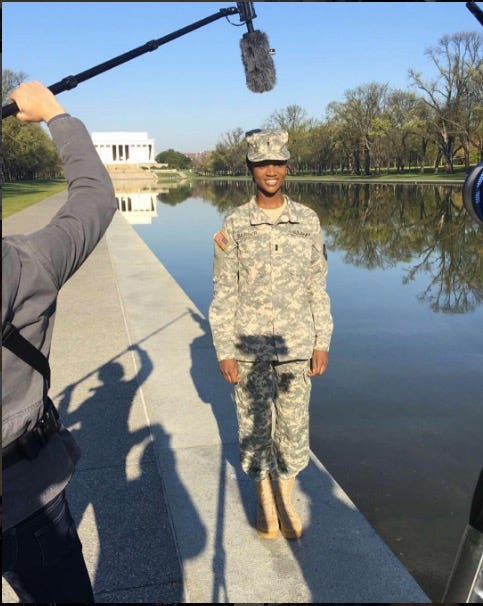 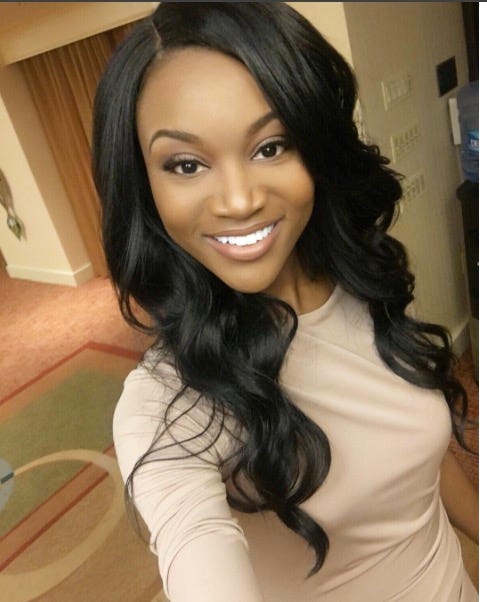 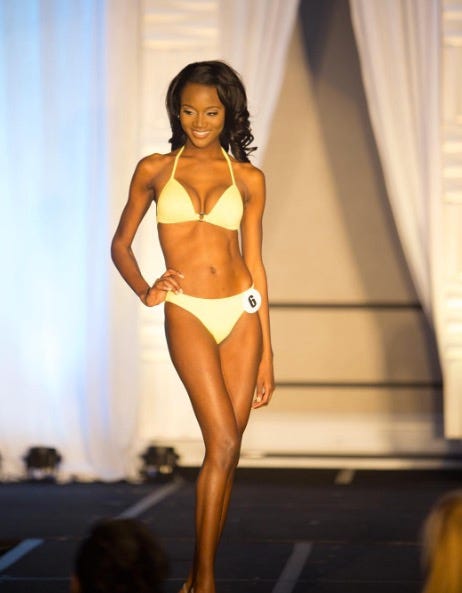 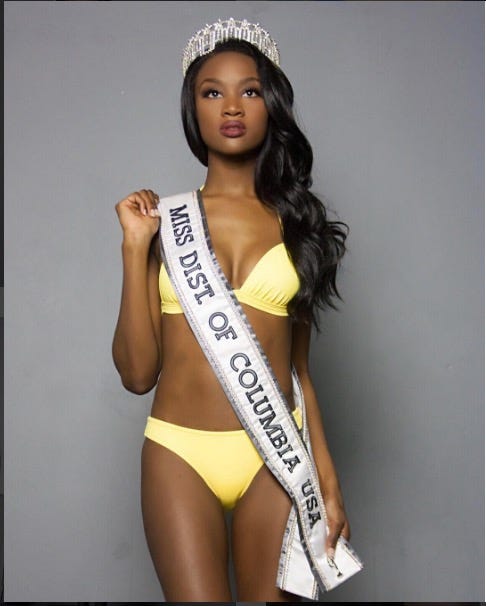 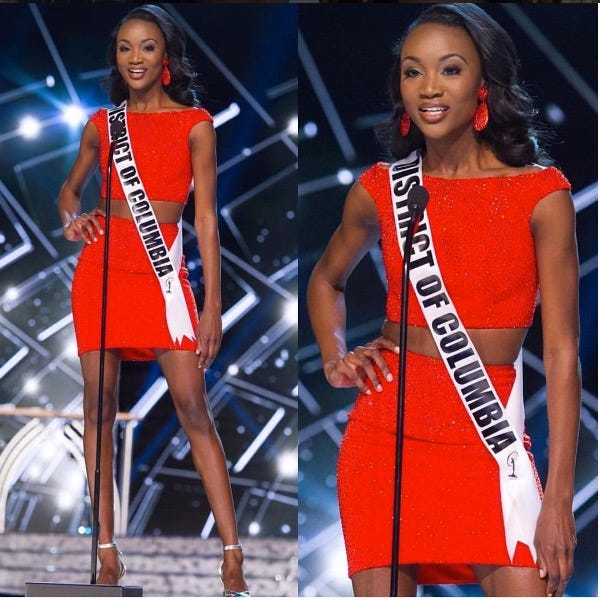 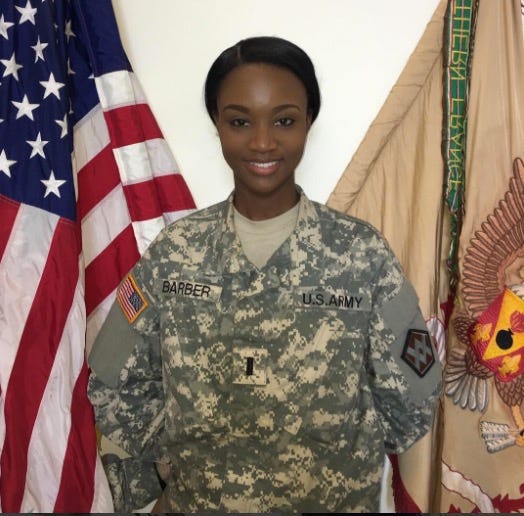 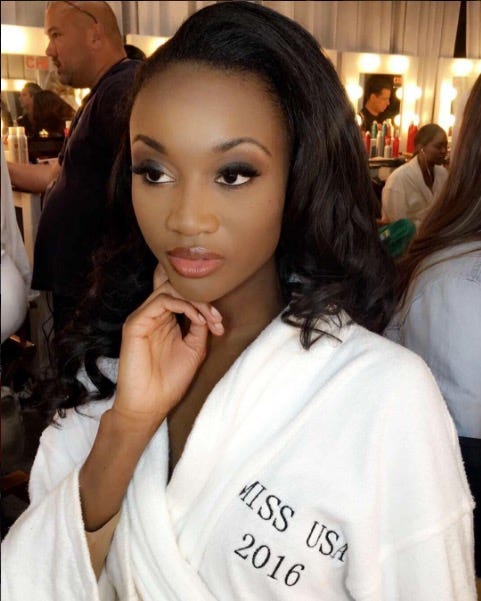 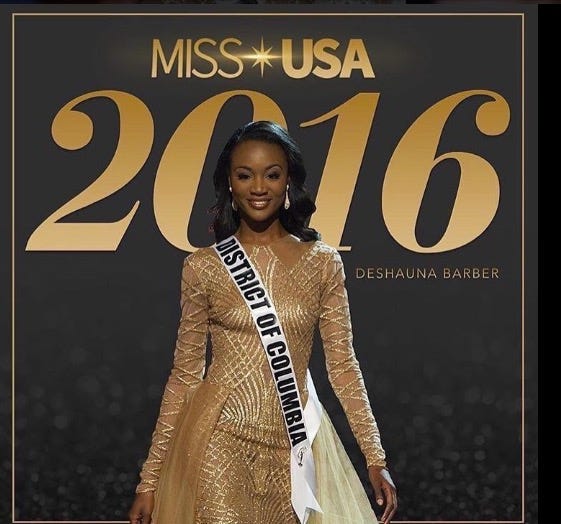 That part is average for Miss USA I guess.

All the accolades and love for America aside, I was still pulling for these girls.