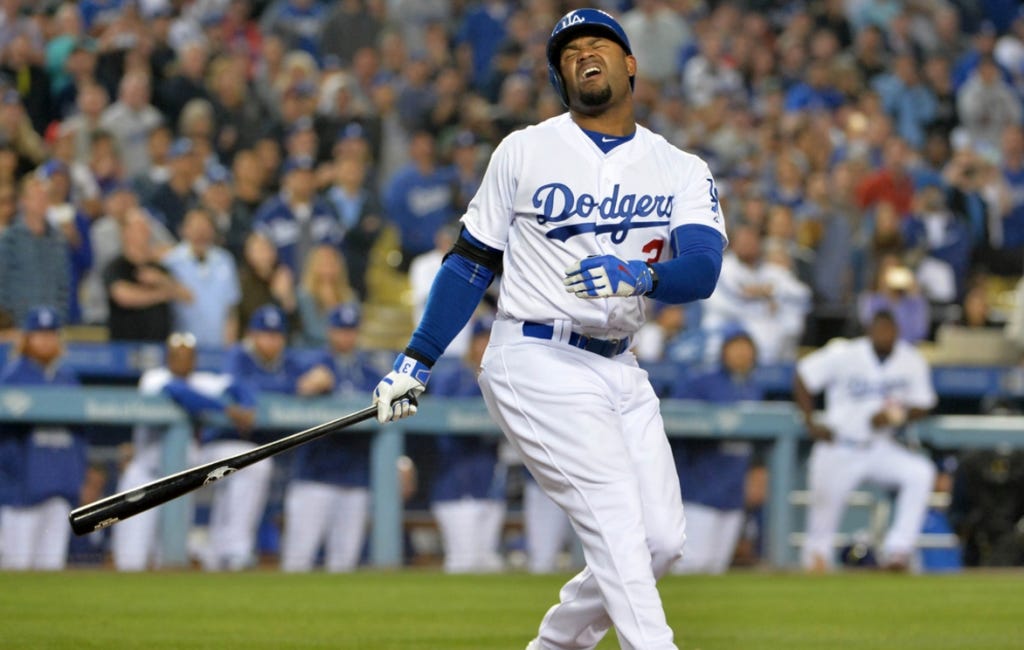 So, a few questions arise in the wake of Crawford getting DFA’d. First, what will become of him? Once you’re designated for assignment, you are placed on waivers. Another team can then claim that player. Once the player is claimed, the claiming team has exclusive rights to negotiate a trade for that player, or the team who DFA’d the player can hand the player over for nothing, and the claiming team can assume the contract in full as the only cost to acquire the player. If the player clears waivers, he can then be optioned to Triple-A, or he can be given his outright release.

Right off the bat, we can probably rule out a team claiming Crawford. Nobody is going to want to pay him $35 million to be arguably the worst outfielder in the game. I can’t see a team wanting to trade for him, either. He’s not worth giving up anything for. The Dodgers could try to stash him with their Triple-A affiliate, the Oklahoma City Dodgers, until he figures it out, but I just think that’s going to make matters worse.

He’s one of the most mentally fragile players in the game, as he demonstrated during his time in Boston, which he still complains about to this day. I’m sure he will probably try to find a way to blame his time with the Red Sox for why he got DFA’d by the Dodgers. But the main point is that demoting him to the role of fourth outfielder at the start of the season killed his confidence, and if he gets demoted to Triple-A, you can just stick a fork in him, as if that metaphorical fork isn’t already sticking out of his ass.

This was another good one. If you’re the Dodgers, would you still have made that trade back then, knowing what you got out of it today? I still think they would. They didn’t really give up much. None of the five players Boston acquired in the deal are still with the organization, nor did they ever make an impact whatsoever. Over parts of three seasons, the Dodgers got a 3.39 ERA from Josh Beckett in 202 innings.

But the guy that they really wanted in that deal was Adrian Gonzalez, and he’s been what they hoped he’d be, for the most part. Since joining the Dodgers, Gonzalez is hitting .283 with an .809 OPS, while averaging 26 home runs and 102 RBI from 2013 through 2015. He’s also finished in the top 20 in the National League MVP voting in each of the three full seasons he’s spent with the Dodgers. LA has money to blow, so given that they really only had to absorb a huge hit financially, I still think they make this deal.

As far as Crawford’s future employment is concerned, I wouldn’t rule out a team taking a flier on him at the league minimum, since the Dodgers will be on the hook for the remaining $35 million regardless. Guaranteed contracts in baseball, baby! All I know is that if I’m a contender, I’m not touching this guy with a 50-foot pole. He’s injury prone, mentally weak, and his production has been in a downward spiral for the last half decade. Other than that, he’s great.