Youtube – While flying at a park in So Cal after a drone race, we crashed one of our drones. The crash occurred far away from any people, but one lady decided she didn’t like what we were doing and stole our drone. The GoPro was recording the whole time and we got some amazing sound bites.

The police showed up and gave us our property back and couldn’t have been nicer.

This is obviously a lengthy (though I thought entertaining throughout) video so I skipped the first minute initially and what the lady looked like after getting a picture in my head from half of her insane tirade. And of course, she’s rocking the classic “I’m A Woman With Nothing In My Life But Complaining About Things And Posting It On Social Media” starter pack: 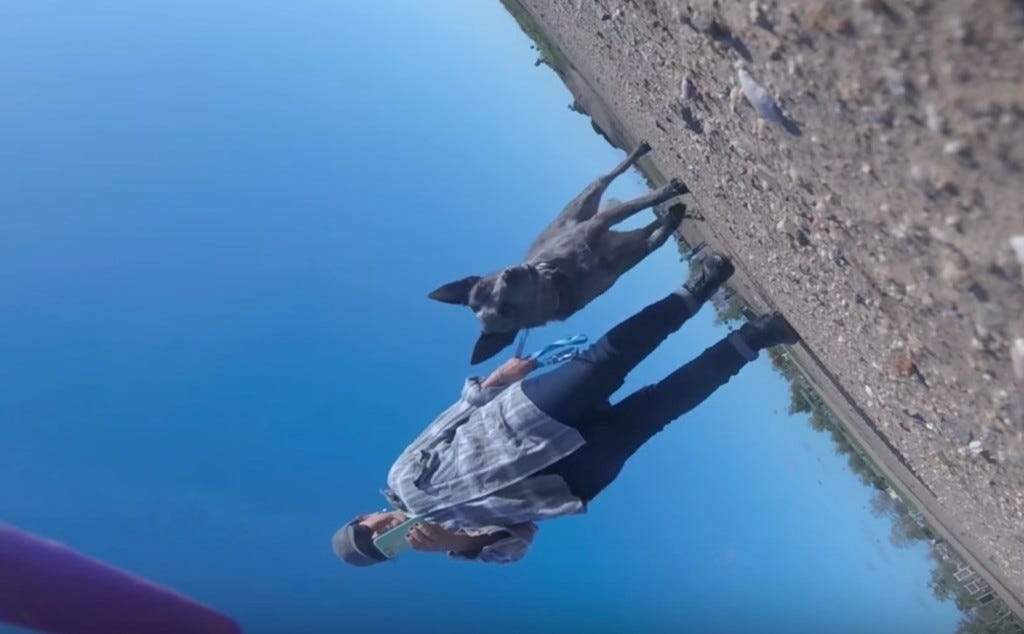 Dumpy thighs, fat unhappy face, her phone out the entire time to make sure to document how Correct she is over everyone else for Facebook likes later. And the video just kept getting worse and worse with her. You get her lying about the drone almost hitting her, her stealing it and being way more aggressive with the guys than the victim routine she’s playing on the phone, acting like the guys are “following” her when they just want her property back. And of course the voice and generic “ya dumbass” and “you idiot” insults she thinks is tough talk but in reality shows how unoriginal she is. And oh the drama! “My whole life flashed before my eyes” and talk of wiping out entire families of the park when they were flying in a cleared RC airfield, the fake crying to cops as she’s cursing out the drone dudes, like what a psychopath. Some people you just want to see the worst for and I genuinely hope all the bad things in the world come to this chick. The irony of an actual helicopter touching down near her and lopping off her head (avoid the dog please) would be my ideal but I’m open to suggestions.

And I certainly get there are douchey drone guys out there who don’t pay attention and could be dangerous (*cough*). But these guys seem like they took every possible precaution to enjoy their hobby. I’m not sure I get their whole “people are discriminating against drone flyers because they don’t understand” point of view but I’m willing to believe literally anything they say over a single thing from that hambeast above’s mouth. God I still hate that woman so much. This is gonna bug me for hours honestly.