Good. Lord. I would’ve though a hammer that powerful could only be picked up by Thor himself. And to think all the stories were about Patrick Ewing have to tape his dick to his leg to keep it in the cage during games. Charles (and probably every single large black man – Looking at you Greg Oden) has a weapon of mass destruction at his disposal. And I wouldn’t be smiling if I were that other dude. I’d be running. If smaller Anaconda’s can take down the likes of Ice Cube then I can’t even imagine the power and appetite of that snake. 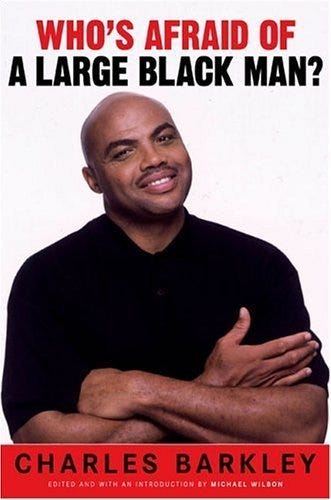 Everyone now, Chuck. Everyone.