ESPN - Here’s one more reason to visit Las Vegas, for all you amateur golfers out there with dreams of glory. On Thursday, Lune Rouge Innovation, a creative company backed by Canadian billionaire Guy Laliberte, announced it was starting the Major Series of Putting, a putting championship in Las Vegas next March that will offer millions in total prize money. This isn’t mini-golf. It promises to be a giant 20,000-square-foot stadium course by Nicklaus Design with 18 holes that will be built near the Vegas Strip. Tournaments will take place over three weeks under lights with various entry fees, including a $5,000-entry stroke-play championship with the winner guaranteed $155,000. Just like the World Series of Poker, which Laliberte himself competed in, some entries will come from qualifiers. Live scoring, giant screens, a sports bar, live entertainment and clubhouses at both ends with bleachers for friends and family will be included as well. 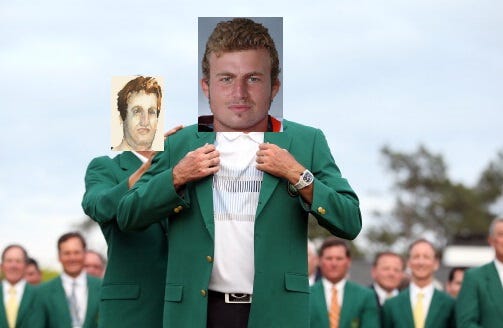 GET ME IN THERE>