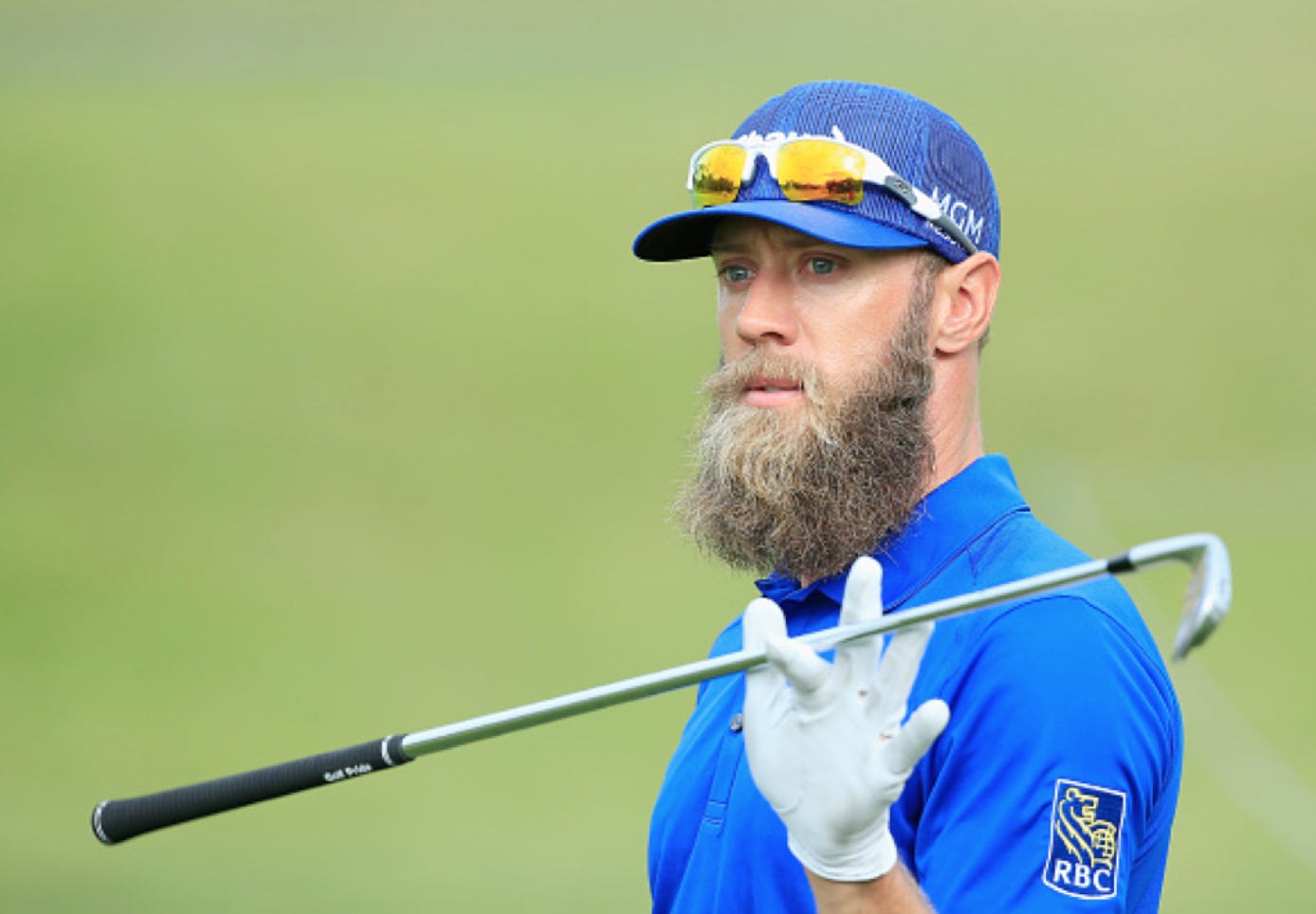 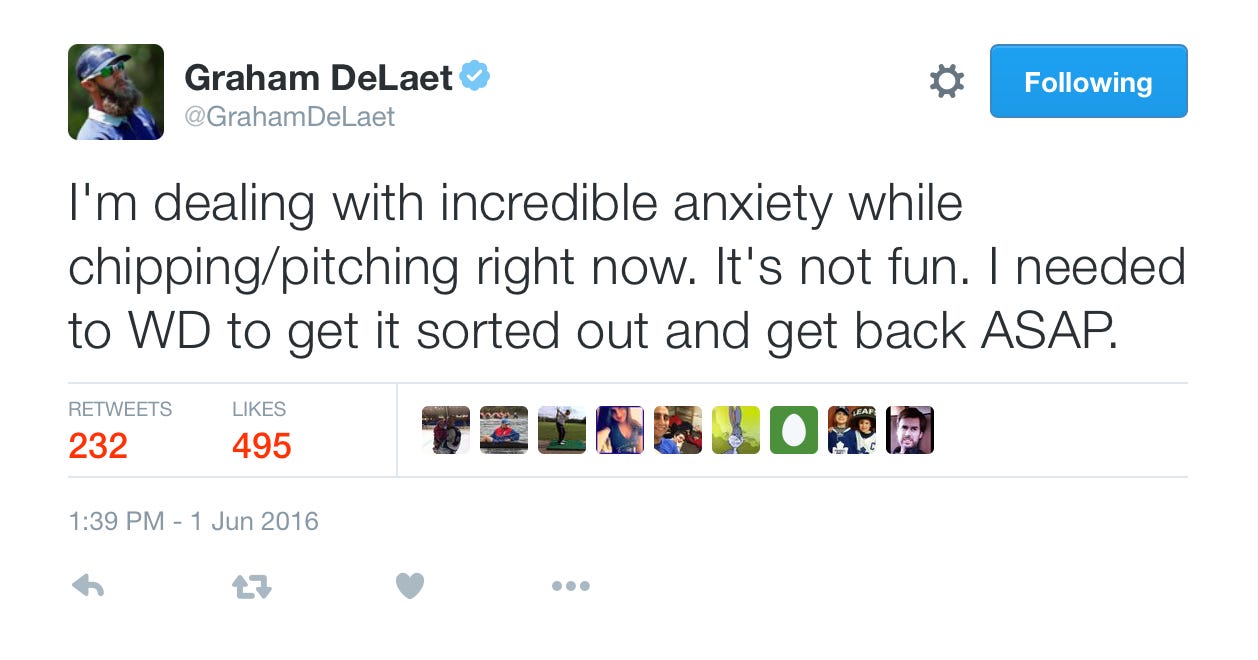 Golf Digest- Tour pros withdraw from tournaments all the time. Unfortunately, there are also a lot of times when they use questionable injuries to flee the scene. Not Graham DeLaet. This is as honest as it gets: That doesn’t sound fun. DeLaet’s withdrawal from the Memorial follows a recent rough stretch. He finished T-77 at the Wells Fargo and then missed the cut at the Players and the Byron Nelson. The 34-year-old Canadian has had an OK season overall, though, with four top-15 finishes, highlighted by a T-5 at the Valspar. Always regarded as one of the best ball-strikers on the PGA Tour, DeLaet’s short game has held him back. He ranks 141st in strokes gained: putting and the numbers are even worse in the new strokes gained: around-the-green stat. In that category, DeLaet ranks a dismal 188th.

That’s a new one that I’ve never seen before. He’s obviously telling the truth because anxiety isn’t something you normally see an athlete admit to. I’m gonna be 100% honest here, that sounds like the most terrifying thing possible. Chipping and putting anxiety on the biggest stage makes my palms sweaty just thinking about it. You know when you go golfing with your buddies and you’re nervous as fuck on the first tee and you just wanna crawl up into a ball and die? Well now imagine that in front of a couple thousand people in the gallery and a few million people watching on TV. The last thing you wanna be thinking is, “I am riddled with anxiety right now.” That sounds awful. My solution is usually to just get really drunk to take the edge off and by the 3rd hole I’m usually good to go. I’m assuming that isn’t an option for Graham on the PGA Tour. I don’t know how he plans to get rid of something like that but I wish him the best. If all else fails, I say try the getting drunk during rounds thing.