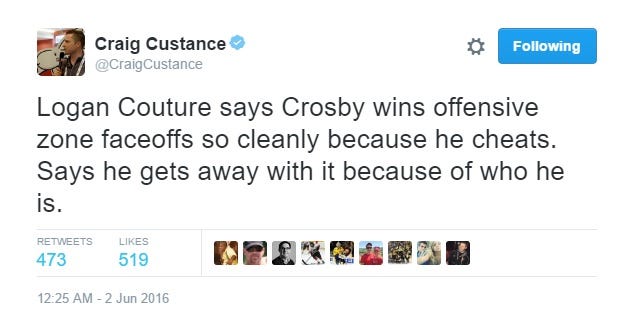 Because God doesn’t exist and because life is terrible, the Pittsburgh Penguins took a 2-0 lead in the Stanley Cup Final after beating the Sharks in overtime last night. However, Logan Couture pointed out something last night that we’ve all known for a while. The NHL is a crock of shit and has a favorable bias toward Sidney Crosby and the Pittsburgh Penguins. Logan is a stoolie and if there’s one thing I know about stoolies, it’s that they would never bitch and complain about something just for the sake of bitching and complaining. So there has to be a little substance to this claim that Sidney Crosby is a cheating son of a bitch who midas whale be a member of ISIS. In order to be a fair and balanced journalist, let’s take a look at all the facts here and watch that faceoff that led to Conor Sheary’s OT winner last night one more time.

Now to the untrained eye, you may not see anything wrong with this draw. But as someone who has been trained my entire 24-years of living to despise the Pittsburgh Penguins and come up with any reason at all to discredit their success, I think I can see where Logan Couture has a point here. Because let’s take a look at the face-off rule in the NHL.

Last part of the rule may or may not be more of a personal interpretation but let it be known that Crosby still violated it. As for those underlined portions of Rule 76.4, well let’s just see that cheating son of a bitch in action here, shall we? 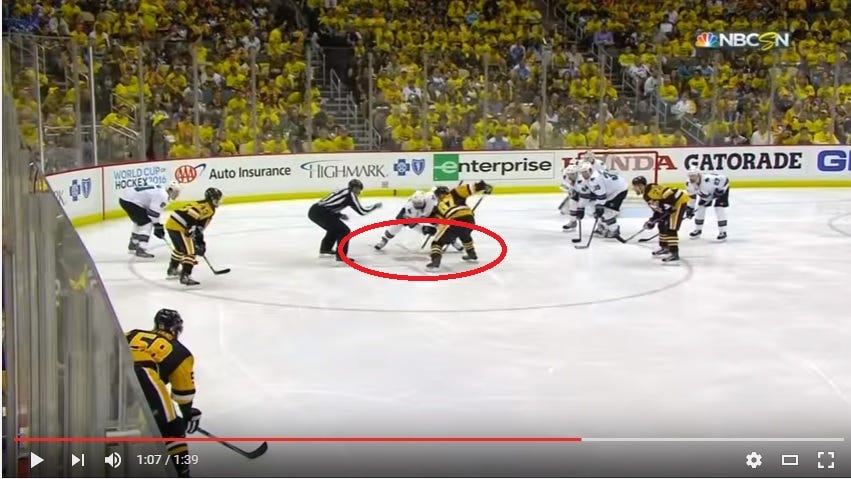 Does that look like Sidney Crosby is standing squarley facing his opponent? Hell no. Is his right arm held so high up in the air that it would seem impossible for his blade to be touching the ice unless he uses a stick that it drastically too big for him? It sure as heck does. Two violations that are as clear as broad daylight. But don’t expect the referees in the NHL to ever once call Crosby on his antics. Because this is the NHL and the NHL is one of the most corrupt corporations in America. They will lie and steal and cheat their way to get whatever they want. And if it’s Sidney Crosby winning another Stanley Cup that they want, then it’s Sideny Crosby winning another Stanley Cup that they will get. It’s sickening.

Some other ways that Sidney Crosby cheats on face-offs… 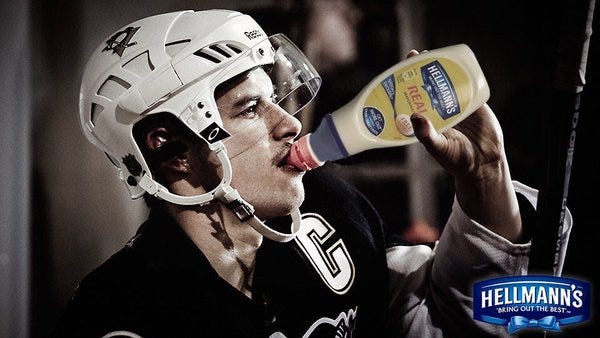 Pretty well known fact at this point that Sid the Kid basically survives on nothing buy mayo alone. Does he only drink mayonnaise to make his breath a toxic combination of death and uses it as biochemical weaponry in the faceoff circles? I wouldn’t and couldn’t put it past him.

2) Similar idea but his playoff beard is just ugly as fuck. 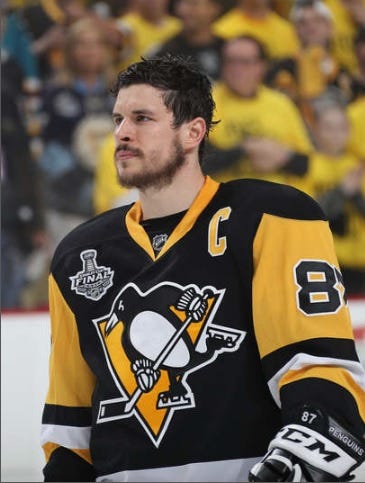 Imagine having to stare down this grotesque pube beard every time you have to go take a draw against Crosby. You wouldn’t be able to focus on anything else besides how much of a dirtball this guy looks like. Does that give Crosby an unfair advantage? Well it sure seems that way.

But again, this is the NHL. And the NHL would suck the Penguins’ dicks if they were presented with such an opportunity. So don’t expect them to take any action against Pittsburgh here. We’ll all just have to watch as the biggest screw job in modern America goes down right in front of our very own eyes. Fuck this.