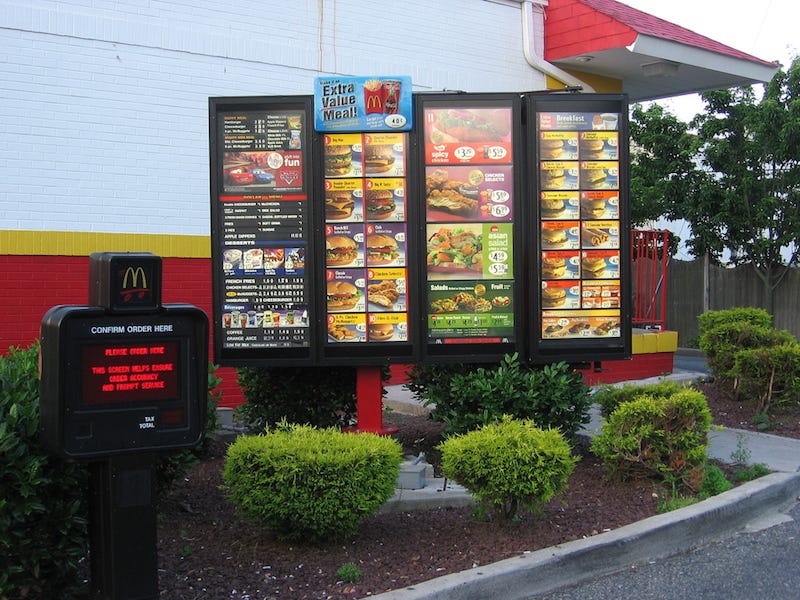 NBC News- McDonald’s has until mid-June to respond to a federal lawsuit accusing it of discrimination for refusing to serve blind customers who walk up during late-night hours when only the drive-thru window is open. The plaintiff, Scott Magee of Metairie, Louisiana, said in court documents filed in U.S. District Court in Chicago that he was laughed at and turned away from the drive-thru window at a McDonald’s in the New Orleans suburb late at night last August. It wasn’t the first time that had happened, Magee alleged.

Many McDonald’s restaurants nationwide continue service through their drive-thru windows late at night after the main restaurant entrance has closed. But the company’s policy is not to serve pedestrians at the drive-thru, and blind customers can’t drive, so they’re effectively barred from patronizing the world’s largest fast food chain by revenue, according to the suit, which seeks class-action status for all blind Americans who may have had difficulty ordering at McDonald’s. “While McDonald’s sighted customers can independently browse, select, and pay for products at Defendant’s drive-thrus without the assistance of others, blind people must hope for a companion with a car or paid taxi services to assist them in selecting and purchasing McDonald’s food,” according to the suit.

The suit says it wouldn’t take much for the company to make its drive-thru windows work for blind people, “given the sophistication and size of McDonald’s Corporation as well as the advanced technological society in which we live today.”

Listen, my overworked heart goes out for this guy. It truly does. There is nothing worse than having an urge for some late night McDonald’s and being denied. Sure your stomach and your scale will thank you the next morning. But getting through that night of fiending some nuggets and fries is the worst. And there is no easy solution to this problem. You can’t have humans with 20/20 vision walking at a McDonald’s drive thru with the riff raff that goes there late night, let alone a blind person. And if we instituted KFC’s idea of blindos riding dogs, the drive thru would turn into a goddamn fiasco, which we simply cannot have.

So the only way this problem can actually be fixed is if McDonald’s just sacks up and offers delivery across the country. It would be a dream come true for every red blooded American, create millions of jobs, and give the health care industry a real boost in a few years. Or just flood the system with diabetic patients while reducing it to smoldering rubble. But getting your Mickey D’s without leaving the house would be awwwwwesome. Plus blind people would be heroes for making this change happen. Do the right thing, Fat Ronald.