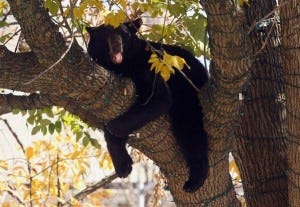 It really is jarring. It felt like yesterday that the Bruins were among the biggest threats in the Wales. A most improbable Stanley Cup win in 2011. A return trip to the Final two seasons later. A President’s Trophy the following year. Boston, like L.A. and Chicago, was poised to contend for another Cup for the next several years. But it’s all gone so horribly wrong since then in a plethora of terrible, well-documented moves.

This year’s Stanley Cup Final feels like a major trolling of Bs fans as it serves up ghosts of Bruins past, reminding fans of both egregious errors and major “what ifs?”. The Penguins head coach Mike Sullivan made his bones here the season before and the season after the lockout. But the promise of his first place debut season was cut off at the knees before the 2005-06 Bruins even hit the ice as the team was caught horribly misreading the market and had to ice a pretty homely roster. Just weeks into the season, Sullivan’s best player, the silky-mitted Joe Thornton, was sent West in one of this city’s most lopsided trades ever and solidified the team’s tumble from first to last place over the course of a lockout. The only silver lining? They secured the #5 overall pick in a draft where the top five players were considered ‘can’t miss’.

So with the fifth pick in the 2006 draft, the Bruins chose…..Phil Kessel. The Bs got three good years out of the awkward kid from Minnesota before he priced himself out of town while simultaneously proving the old adage, be careful what you wish for; yeah, he got his money but he also wasted his prime years on a dead-end team that played in seven playoff games in his six years there. In what may have been the last time the team actually handled a major asset properly, the Bs were able to snag a nice bounty from the Maple Leafs for the pouty sniper.

Interestingly enough, the hauls (or the hauls from the hauls) fetched in the Thornton and Kessel trades included three players who would go on to help the Bruins win the Cup in ’11. Brad Stuart and Wayne Primeau yielded Andrew Ference and Chuck Kobasew from Calgary. Kobasew was traded to Minny for spare parts and a 2nd rounder (more on him shortly). One of those parts, Craig Weller, was in the package that landed Dennis Seidenberg, who played a huge role on the Bruins D during that epic run. In return for Kessel, the Bs got picks that netted them Tyler Seguin, Jared Knight, and Dougie Hamilton. As a rookie, Seguin tallied 3-4–7 in 13 playoff games during the Cup run. Given the way the front office handled things since the trade,  “Thank you, Kessel!” just doesn’t have the same ring to it anymore.

Also on that Cup winner was Milan Lucic who was traded last summer for, among other assets, current San Jose starting goalie and Conn Smythe candidate Martin Jones. Jones was a Bruin for about as long as it took me to write this blog before he followed Thornton to the Bay Area a decade later. I doubt the Bs, or anyone, gave any serious thought to keeping Jones and trading Tuukka Rask. But it’s just so typical given the way things have gone for the Bruins lately that Jones would emerge as a top netminder while Rask had a shit year.

That 2nd-rounder that the Bs got for Kobasew is the last remnant of the Thornton trade but he will be leaving Boston for the KHL. Though Alexander Khokhlachev is not leaving town under clouds of controversy like the names above, his departure does raise questions about how he was used, or not used, by the organization. Despite his prolific output in Providence, Koko only saw nine games with the parent club in his three years as a Bruin. When he was called up, he was never given any consistent role or a legit 5 or 10 game evaluation to see what he can do. Not every AHL star’s play is going to translate to the NHL-level but we didn’t get to see why Koko dazzled his teammates and was one of the most popular guys in the room. Was it the player’s fault? Or was it the organization’s fault? How about the coach who demands defense first and foremost? Granted, he wasn’t going to supplant Patrice Bergeron or David Krejci anytime soon but I think his talent would have fit in somewhere. For a prospect we all had high hopes for at one time, now it just feels like we never even had him. And that’s become a way-too-familiar feeling on Causeway Street lately.

The Bs also extended Kevan Miller last week. They gave the 28-year-old stay-at-home D-man a four-year, $10M deal and I can’t quite figure out why they felt the need to secure another Adam McQuaid ($2.75M) on the back end (limited offensively, generously compensated, tons of heart). It’s just too much money for a 3rd pair guy. And just because the Bs may play him on the second pair doesn’t make him one. Don Sweeney said some shit about his “development” at the presser. But he’s gonna be 29 one month into the season. I’m not knocking Miller but he is what he is at this stage and that’s fine…just not at that number. The bottom D pair should be filled by either a kid or kids on short money ELC deals or an aging vet who doesn’t make much and isn’t quite on E yet. But we’ve seen so much mismanaging of the D on this roster the last couple of years, head-scratching has become the norm. Thank the maker I didn’t renew my season tickets.

The Bs also did some coach shuffling as well. Claude mainstays Doug Houda (shitcanned) and Doug Jarvis (not renewed) won’t be back next season and will be replaced by Jay Pandolfo and former Providence head coach Bruce Cassidy.