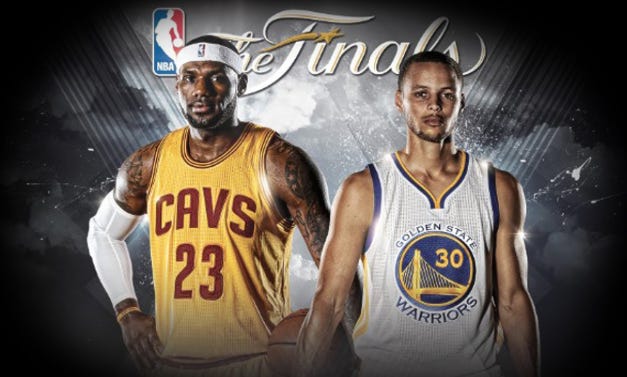 I don’t want to be mister doomsday but I don’t think I have a choice, this is the absolute worst possible Finals matchup for Bulls fans. On one side you have Lebron James, no one can ever root for Lebron James, it just can’t happen, and if he wins a title in Cleveland he gets one step closer to being considered better than Michael Jordan. And then on the other you have the 73 win Warriors. If they win a title they will forever take the place of the ’96 Bulls as greatest team of all time (I think we can all agree without a title the 73 wins are basically meaningless). I know this all seems silly on the outside, and my gut says you have to root against Lebron at all costs, but part of me is going to hate seeing the Warriors take that best team ever crown. I never thought the 72 win mark would be surpassed and even though defending MJ and the 96 Bulls makes me the old man yelling at a cloud, it’s how I feel. It’s my honest opinion as a sports fan, something that will get laughed at on twitter but is as real as real gets when watching these games. Sports fans have to protect their turf, that’s how we root and cheer and stay invested in our teams. So this finals fucking sucks for anyone who has ever cared about the Bulls and Michael Jordan. It’s a rock and a hard place. His legacy both overall and that one historic season is up for grabs. Gun to my head I have to say I’m rooting for the Warriors but I’m not going to like it, especially when Warriors fans start dancing in my face and shitting on the 96 Bulls. It’s just the alternative is Lebron and rooting for him is something no person outside of Cleveland can possibly do.

So final answer, go Steph and the Warriors, and fuck Oklahoma City for robbing us of a clear team we could all root for. Where does everyone else stand?