Media Take Out MediaTakeOut.com has some BLOCKBUSTER NEWS – it’s not rumor either, it’s FACT. According to MTO sources, Khloe Kardashian is now dating NFL superstar Odell Beckham Jr. And it’s REAL dating y’all, not a jumpoff situation either. MTO’s insider tells us athat Odell and Khloe have been low key seeing each other for months, and now they’re ready to take it public. And last night was their FIRST public appearance together. The NEW COUPLE was spotted making out at Drake’s Memorial Day Party at his house in L.A.

Here is the account of a person that saw Khloe and Odell making out:

Fuck, fuck, fuck, fuck, fuckkkkk. I believe the term around these parts is “Cuncel Da Saeson”. ODB stared the Madden Curse in the face last year and put up 1450 yards and 13 TDs despite missing a game for turning into a raving lunatic against Josh Norman and the Panthers. But the Madden Curse has probably been dead for years. The Kardashian Kurse however is still alive and well. The entire family is poison to outsiders. Tyga and Blac Chyna turned their family tree into some jumbled ass tangled bush. Lamar Odom almost fucking died. James Harden went from an NBA MVP runner-up to almost forgotten about this season while the Rockets went from Western Conference finalists to this. 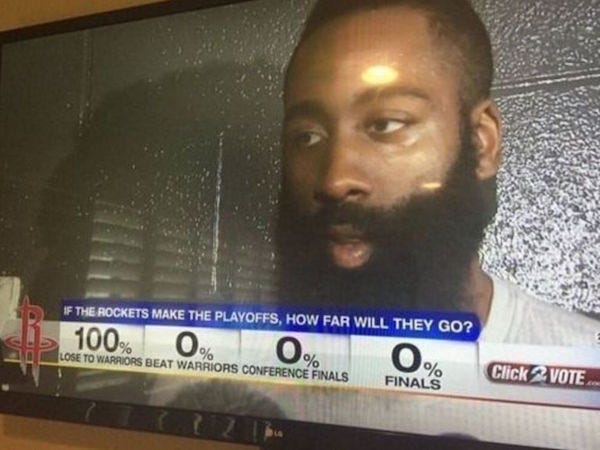 And now ODB reportedly wants to stick his toe/dick into these disastrous waters. The ultimate proof of a player feeling invincible. I once wrote how rumors of ODB and Amber Rose dating scared me because I think Amber is a succubus. Well I think Khloe may be the Queen Succubus. Her entire family is succubuses (succubi?). Lamar Odom went from the nice (but admittedly troubled) NBA player that love his friends as much as he loved candy to being surrounded by cameras on what could have been his death bed. Again, Harden went from the guy with the funky but smooth game and the weird beard to Khloe’s boyfriend (who always smells like bologna in my head) and back to the guy who everyone clowns for his shitty defense.

How is Ben McAdoo supposed to deal with this curse as a rookie head coach? Even General Coughlin would be in over his head fighting so many evil forces, and he was able to topple the best coach/QB combo in NFL history twice in the Super Bowl. It was all good when ODB was busting a goddamn move at Drake’s house with his boys and being flamboyant as hell. But when the Kardashians start swooping in, you know Hollywood has its fucking claws in you.

In times like this it is important that we turn to the wise people in our life and ask advice. So I will just sit back and await Annie Apple’s response. She will show us the way.