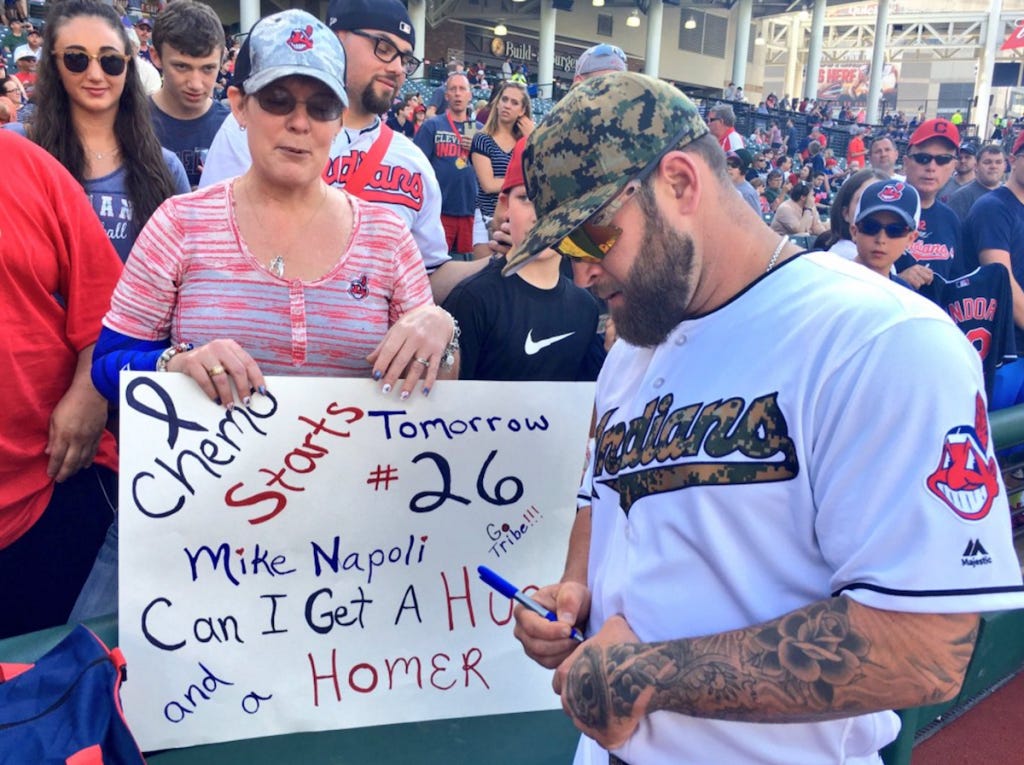 This is the type of stuff that Mike Napoli doesn’t get enough credit for doing. Sure, we love the images of him behind the bars of Boston after the Red Sox won the 2013 World Series, and walking down Boylston Street shirtless ripping cigs, but Nap actually does a lot of awesome stuff like this for people. During his time in Boston, he had Nap’s Bearded Bunch, which were groups of children and their families from Boston Children’s Hospital getting to go to Red Sox games and have special meet and greets with Napoli.

His work with Nap’s Bearded Bunch earned him The Champion Award, which is given to a Boston sports athlete for their work “enriching the lives of children.” He also made tons of visits to Boston Children’s Hospital that nobody ever knew about, either. No press, no cameras, no nothing. Just because he wanted to. So it’s great to see that his heart is as kind as ever in Cleveland. Indians fans love Nap for his ability to mash baseballs, but they’ll always remember him for doing stuff like this.