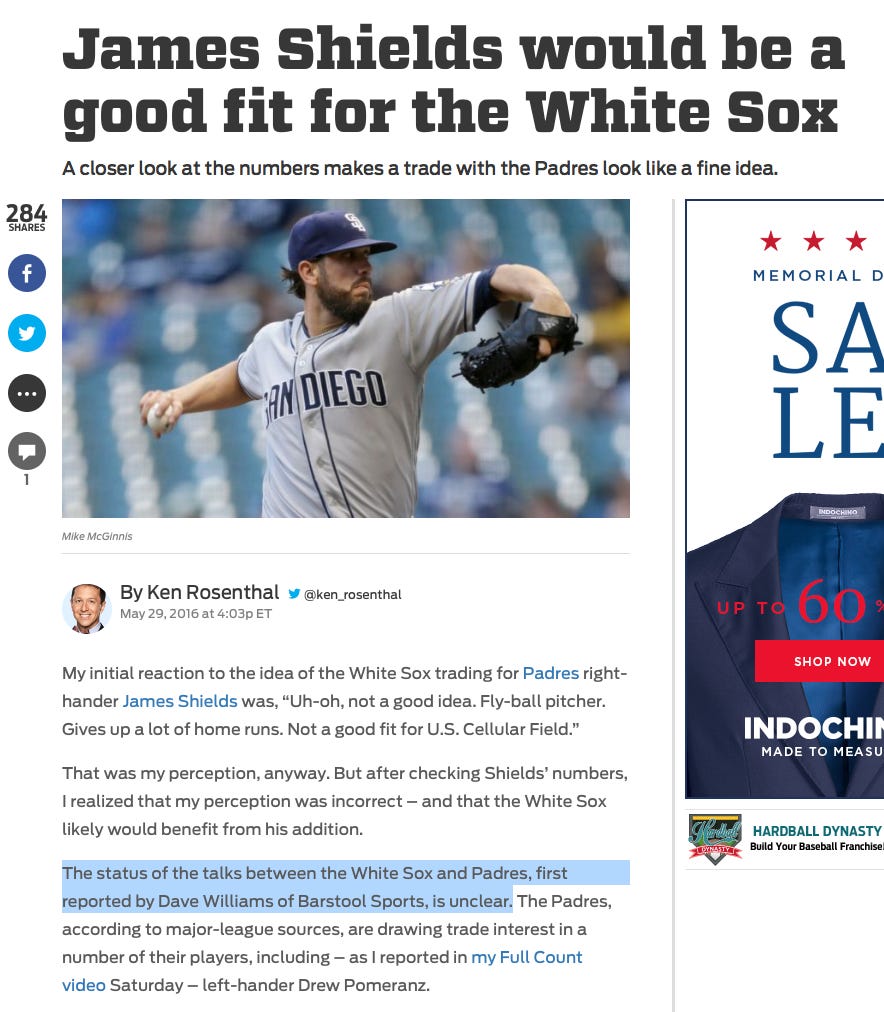 Someone tweeted this at me this morning and I did a quadruple take. White Sox Dave? Our White Sox Dave? Speed pitch champion White Sox Dave? Kodiak dipping White Sox Dave? He’s the guy fueling Ken Rosenthal’s columns now? What a world. And this is not a knock on WSD at all, the guy knows baseball inside and out. I’ll put him up against any White Sox writer in town, I’m just shocked anyone is taking anything from Barstool seriously. That never happens to us. White Sox Dave could have Kenny Williams on tape holding 2 forms of government issued ID and they still wouldn’t take his word for it. I could be sitting next to Theo breaking news and CSN Chicago will still say David Kaplan had it first. I’m not mad either, that’s just the world we live in, we’re more comedy than news so not getting credit for things is something that doesn’t bother me anymore. But here we are, Ken Rosenthal scrolling through White Sox Dave’s twitter feed, skipping over the hungover tweets and pizza orders and going straight for the insider nuggets. Proud day for Barstool Chicago, we have an insider in the house, drinking brews and slinging news (we’ll workshop this one, my brain is still a little foggy from the weekend).

If you don’t follow White Sox Dave on twitter, do it now, @BarstoolWSD. I don’t know how he’s alive after this recent Sox meltdown, stronger man than I.