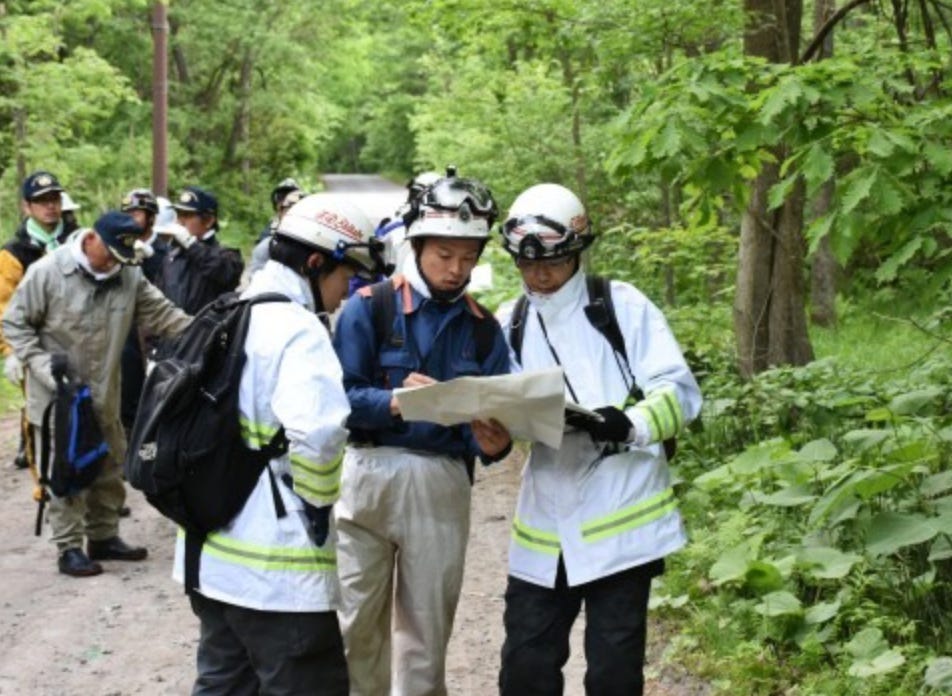 WaPo- A desperate search for a 7-year-old Japanese boy who was intentionally abandoned in remote woods continued Tuesday as rescuers admitted that they have found no signs of the missing child. The search zone — a mountainous area near Nanae-cho, Hokkaido, the northernmost of Japan’s four main islands — is isolated, dense and home to wild bears, locals told the Japan Times. Fears about the child’s safety intensified after rescuers found fresh bear droppings in the area, prompting two hunters to join the search party, according to Agence France Presse. Despite the difficult terrain, rescuers have begun to express frustration about their startling lack of progress after four days of searching. “We just have too little information about how the boy would have acted after being left alone,” local fire department rescuer Satoshi Saito told AFP. “He must have been able to walk around himself, but we are having a difficult time projecting which route he would have taken and how far.” Alone in the forest, the child had no food or water and has endured heavy rains at night, according to AFP. It only took several minutes for Yamato Tanooka to vanish after his parents abandoned him by the side of the road to teach the misbehaving boy a lesson. By the time his parents came looking for him, the child was missing. “The parents left the boy in the mountains as punishment,” a police spokesman told the Japan Times. “They said they went back to the site immediately, but the boy was no longer there.”

And here we have one of the many differences between Japan and the United States. Almost all the talk this Memorial Day weekend was about the little kid falling into the gorilla pit at the Cincinnati zoo and the zoo eventually killing the gorilla. People didn’t have enough fingers on their hands to point out who should be held responsible for what happened. The parents? The zoo? The boy? The gorilla? God? Everybody looking to place the blame on somebody else. Well thats n’s the case in Japan. It’s quite literally the opposite. Over there they simply shove their kids outta the car and into bear-infested woods as punishment and they own it. That’s just how the Japanese roll and now whoops they can’t find the kid. He’s completely lost and you know what? I bet the parents are thrilled. You don’t wanna get pushed outta the car and into an area where bears are everywhere? Then don’t throw rocks. It’s as simple as that. This is how kids learn lessons.