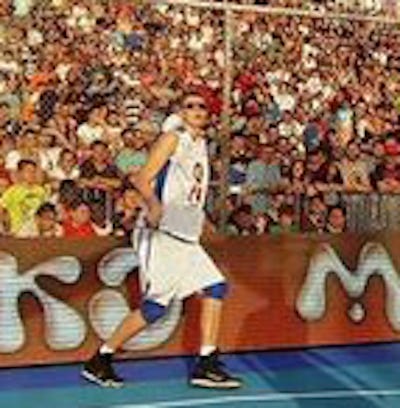 I absolutely love this move. Last year Kristaps Porzingis was a virtual unknown to casual NBA fans. This year he is rocking shades and stealing the show from The Greek Freak and The Greek Streak in Athens. Aphrodite herself was probably leaking at the sight of a 7’3″ Latvian angel in Ray-Bans. I guess a year of putting your face on more tens than Alexander Hamilton will boost anyone’s confidence to this level. Because wearing sunglasses during a streetball tourney is the cockiest move I have seen on a basketball court since Sidney Deane was wearing his Colnago hat while his teammate Billy Hoyle was sporting the finest tie-dye lid the hustling game had to offer against The King and Duck.